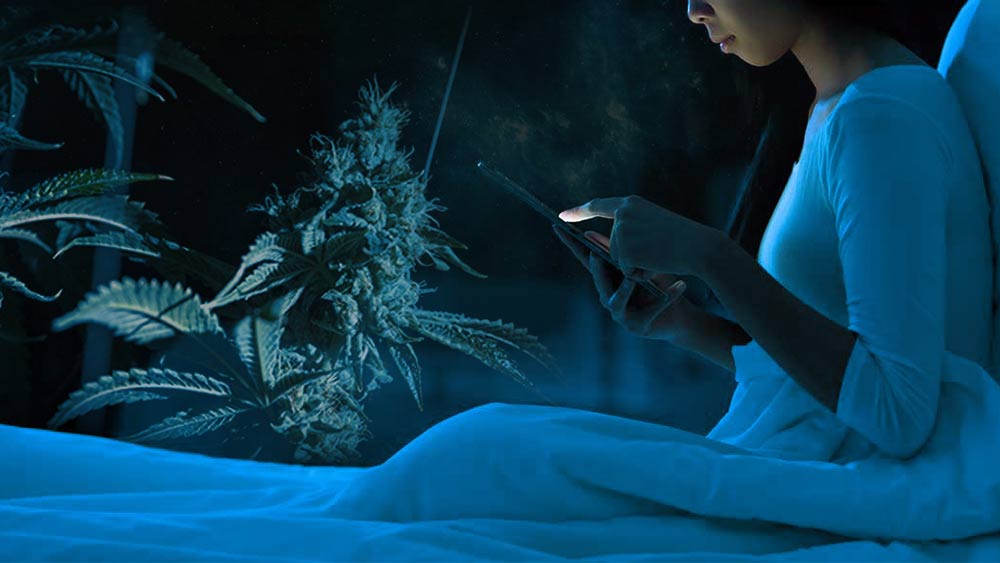 A new study that tackles the relationship between cannabis, sleep and chronic pain revealed that frequent marijuana use may lead to more difficulties falling and staying asleep.

Published in The BMJ journal, the study looked at the sleep patterns of 128 people with chronic pain aged 50 and older, 66 of whom use medical marijuana and 62 that don’t.

The researchers from the University of Haifa in Israel found that people with chronic pain that frequently turn to marijuana reported more problems with falling asleep and more often woke up during the night.

The team found no difference between users and non-users concerning sleep latency and early awakening, but among frequent marijuana consumers sleep problems were more common.

Twenty-four percent reported waking up early and having trouble going back to sleep. Meanwhile, 20% said they had difficulties with falling asleep while 27% said they woke up during the night.

“This may signal the development of tolerance after chronic administration of MC [medical cannabis] akin to what has been found in preclinical studies. It is, however, also plausible that patients who use more frequently suffer more from pain or other comorbidities (eg, depression/anxiety) which may, in turn, be associated with more sleep problems,” the study notes.

The researchers also highlighted the “large public health impacts” of their findings amid the high prevalence of sleep problems among people in this age group and the popularity of cannabis.

However, more research is needed in order to determine what may be at play in this particular study, especially since it mostly examined synthetically extracted compounds.

“This […] cannot give us clear indication for how cannabis affects sleep in the daily lives of most cannabis users because most cannabis users use whole-plant based cannabis, which has more than 500 cannabinoids, and these may be interacting and creating different effects on sleep than synthetically extracted cannabinoids,” Sharon Sznitman, one of the study’s authors, told CNN.

It remains unclear whether cannabis helps improve sleep directly, Sznitman added, or just helps with the pain, making it easier for people suffering from chronic pain to sleep.

It is also possible that frequent and long-term marijuana users may be developing tolerance to the sleep-inducing effects of cannabis, she explained.