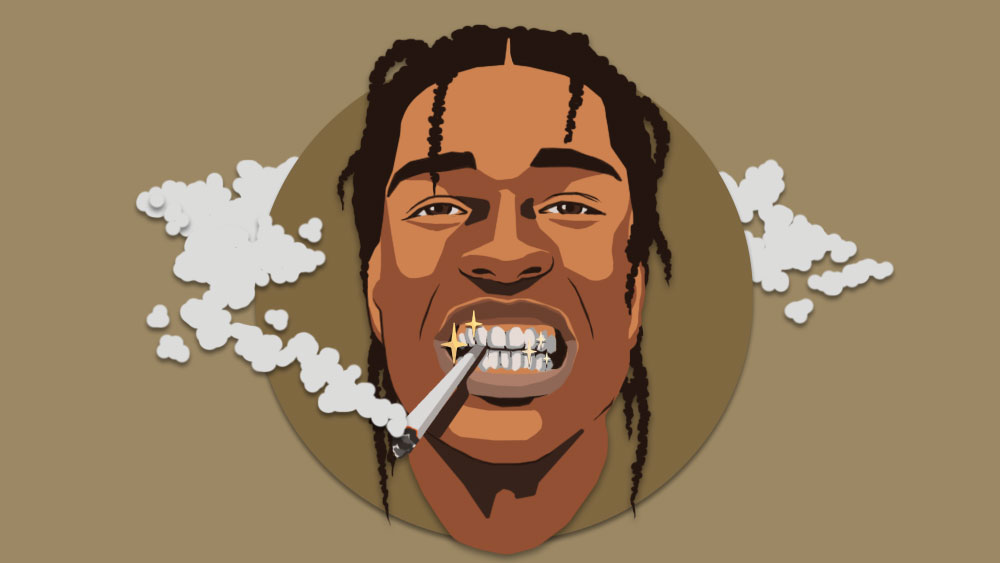 When you’re high, your perception of the world temporarily changes. This sometimes makes you laugh uncontrollably.

It’s common knowledge that cannabis has this kind of impact on our mind, but have you ever wondered why this happens?

Laughing is quite an elaborate impulse. We’re completely unable to control it because it spontaneously happens for a number of different reasons like joy, pleasure, bliss, excitement, amusement and of course fun.

One of the most fascinating aspects of laughing is dubbed the mirror effect.

Humans have mirror neurons which catch subtle signals from other people, and mimic their feelings instantaneously. Because of this we usually respond to smiling with a smile, or when someone yawns we also have to do it.

The same goes with negative emotions, for instance if you see someone looking really sad or angry, you can sense the change in your mood right away.

These mirror neurons can be attributed to causing feelings of empathy, and they are found in several regions of the brain.

This of course goes both ways, and cannabis can definitely make you smile even harder when you see someone having a laughing fit.

Other hypotheses include this one, which reveals that laughter most likely evolved from panting, which is a regular occurrence in various apes that happens when they’re tickled, or during playtime when they are having fun among each other.

Your brain on cannabis

Cannabis affects our mood by engaging the endocannabinoid system in our body and brain, which is a vast network that consists of different cells that have specialized cannabinoid receptors on them, and the corresponding compounds that trigger these receptors.

When we consume pot, THC (and other cannabinoid molecules from cannabis) engage these cell receptors, causing numerous chemical reactions within the brain and body.

Cannabinoids affect the secretion of both dopamine and serotonin, and these neurotransmitters are the main culprits responsible for the elevated mood and positivism we feel when intoxicated by cannabis.

In a nutshell, dopamine is an organic compound that is in charge (among many other functions) of our brain’s so-called reward system. It serves as a “tool” which motivates and rewards an organism to perform tasks that are good for it, such as eating, exercise, sleeping and sex.

Similar to many other psychoactive substances, cannabis temporarily increases the quantity of dopamine, causing euphoria and other pleasurable cerebral sensations such as self-worth and joy. Cannabis indirectly increases dopamine levels, by restricting (inhibiting) the function of GABA neurons, which are in charge of limiting dopamine levels in our brain.

More dopamine equals a far better mood, and this connection of cannabis and dopamine is one of the main reasons why people who frequently consume weed become dependent on it.

It is also closely associated with happiness, well-being and falling in love. Our body converts essential amino acids tryptophan and tryptophan hydroxylase into serotonin from foods we consume. Tryptophan is found in many run-of-the-mil groceries like various nuts, cheese and red meat.

This means that cannabinoids from cannabis are able to influence serotonin levels by increasing their numbers, but are also able to speed up serotonin degradation.

This might seem somewhat peculiar, but our endocannabinoid system is amazingly adaptive, and can determine its mechanism of action depending on the situation. This basically means it will “figure out” if our body requires additional serotonin, or if it should be decreased by activating the cells that inhibit serotonin.

All of this naturally doesn’t mean that every time you smoke a joint you’ll be rolling on the floor with teary eyes.

Dependent on your mood and the setting you’re in, cannabis can produce some truly joyous effects, but it can also intensify some negative feelings if your state of mind isn’t in the right place.

I suggest consuming weed surrounded by the people you love (or at least like), because it’s simply the best possible surrounding.

This phenomena occurs because cannabinoids induce a heightened activity in the right hemisphere of our brain, where cognitive processes like comprehending complicated metaphors and poetry take place.

Also known as divergent thinking, the detached perspective allows us to view reality in a different light, often with a humorous spin on things.

Divergent thinking is also one of the reasons many of us have sudden attacks of creativity while under the influence of cannabis.

This was first noticed by the Israeli scientist Raphael Mechoulam, the man who discovered tetrahydrocannabinol. The main reasons behind this are attributed to genetics, overall health, personal tolerance to THC, a person’s unique biochemistry, and even gender.

Besides influencing neurotransmitters, cannabis also increases the amount of blood flow that goes into several important regions of our brain. This blood is rich in cannabinoids, and once it reaches these sectors, cannabinoids trigger various cell receptors in the brain, and these cells then perform different chemical reactions.

In regards to laughter and smiling, THC affects the right frontal and the left temporal lobe.

These sections are in charge of creating laughter, and scientists discovered that the patients who are suffering from injuries or have other issues of these portions of the brain experience a decline in the appreciation for comedy and humor. They also laugh less frequently.

There is no correct answer to this question, but in my humble opinion, these are some of the best strains for inducing laughter.

This noble strain (a hybrid of OG Kush and Sour Diesel), is the quintessence of sativa power; lots of energy, readiness for social contact, and of course, giggles on fleek!

Also a powerful sativa (18% THC), Laughing Buddha is a cross breed between Thai and Jamaican landrace strains. You can expect your mind pleasantly activated, without any anxiety and social awkwardness. Perfect for a daytime comedy marathon. 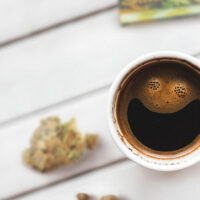 How to Wake and Bake Like a Boss (6 Essential Tips)

With its truly amazing water-dripping-from-my-mouth mango taste, Mango Kush is a moderately strong (16% THC) indica-dominant strain that will leave your energy levels intact, and at the same time keeping your buzz relaxed and upbeat.

Even though hybrids and indicas usually have the biggest quantities of THC, GTH is one of the most potent sativa strains, with a staggering 27% THC. The high it produces is quite cerebral, so expect a giggly and super-hazy ride.

A mighty indica with a somewhat unknown background, it’s believed to be a descendant of Purple Urkle, one of the most popular indica strains around. Purple Elephant is also in the heavyweight league, with around 25% THC.