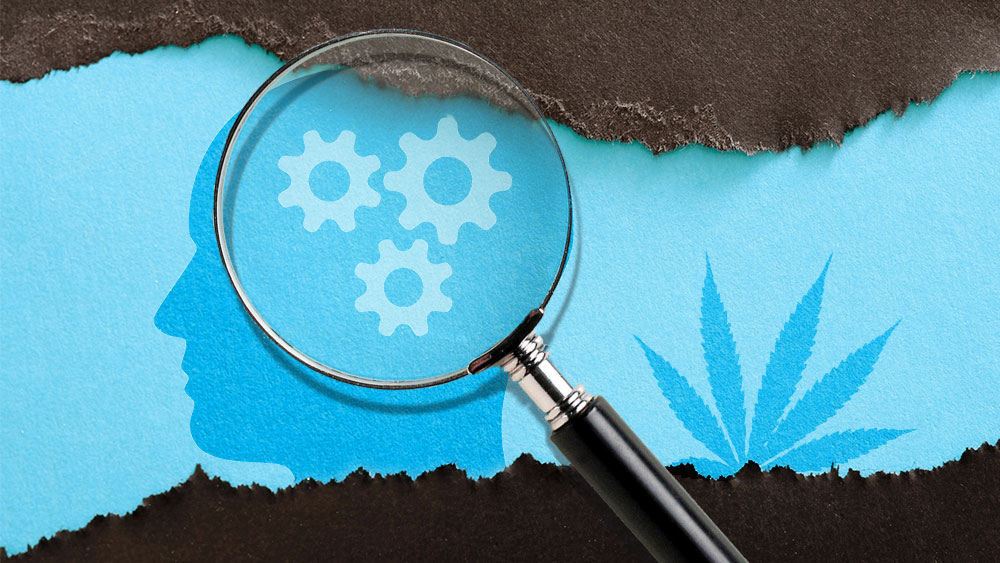 While many cannabis users would probably say that there’s no such thing as a cannabis addiction, others are adamant that cannabis is addictive.

With the global surge of cannabis legalization we’re currently witnessing (and the subsequent wide acceptance by society), both the rookies in the cannabis world and the general public are concerned about the possible addictive traits of cannabis.

This concern is of course completely legitimate, but unfortunately, the answer to this question isn’t simple at all.

In medical circles, the term “cannabis addiction” is used in extremely rare occasions, while phrases like “cannabis use disorder” and “cannabis dependence” are much more prevalent.

So, is cannabis addictive or not?

It’s very important to point out that cannabis isn’t physically addictive like heroin, cocaine or tobacco. Some experts even claim that coffee (precisely caffeine) is actually more addictive than cannabis.

The most important factor in developing an addiction to cannabis is an individual’s biochemistry, as approximately one out of ten people are prone to becoming psychologically addicted to active ingredients in cannabis.

Addiction constitutes both the physical and psychological compulsive need to use a substance (or for instance gambling, which clearly isn’t a substance, but also has an addictive effect), without considering the possible detrimental consequences.

What differentiates addiction from dependence is that addiction eventually leads to behavioral patterns which become more difficult to resist over time and accompanying biochemical changes in the brain caused by the abuse of that particular substance.

Another important thing to consider is the difference between physical and psychological addiction.

Substances like alcohol, heroin and cocaine can cause severe physical addiction. People addicted to them need these substances to function “normally”. If they don’t take the substance, they’ll go through a painful withdrawal phase.

Unlike those who are physically addicted, people with psychological addictions don’t go through the process of withdrawal once they stop using a substance.

Simply said, people who’re psychologically addicted to something think that they need that substance to feel and function better, but they actually don’t.

Dependence, on the other hand, is somewhat similar to an addiction and is usually a part of it, but in no way is it the same.

Dependence doesn’t interfere with behavioral patterns, however, by avoiding the substance we have a dependency on we can also cause withdrawal symptoms. In this instance, they are much milder than with substances that cause physical addiction.

Dependency is a disorder that is usually associated with prescription medication like painkillers, ADD drugs, antidepressants and other similar narcotics.

Tolerance is a completely different story.

Tolerance is gradually built up when the substance is used continuously. After an extended period of continuous use, our body becomes resistant to that substance (which lessens the effects of it), and because of this, we require larger quantities to feel the same effect.

Frequent uninterrupted use of cannabis usually builds up a tolerance quite quickly, but luckily it only takes a few days of abstinence for things to go back to normal.

How our brains respond to weed

To a certain degree, our brains get tricked by weed.

Now, anandamide, being a neurotransmitter, allows our neurons to communicate. It actually transmits chemical messages between nerve cells in the areas of the brain responsible for memory, concentration, thinking, coordination, movement, pleasure, and even time perception.

So, because of its similarity to anandamide, THC is capable of attaching to our brains’ cannabinoid receptors and affecting our cognitive and physical functions.

For the sake of clarity, here’s a simple example. Being forgetful can be a very good sign of being high. That happens because THC interferes with the normal functioning of the hippocampus and the orbitofrontal cortex. These two structures are responsible for creating new memories.

However, since we’re talking about weed addiction, the most important thing to highlight is that THC also gets in touch with our brains’ reward system. That’s why getting high feels so pleasurable. When nerve cells get stimulated in that region, our brain starts releasing a signaling chemical called dopamine.

As we know, when dopamine levels spike, there’s nothing left for us to feel but pleasure.

What’s a cannabis use disorder?

As I previously mentioned, the phrase cannabis addiction isn’t mentioned that often in the medical community.

Even though there are some slight disagreements in the opinions of experts, most of them agree that a cannabis use disorder would be a much more fitting term for people who overindulge in weed.

In 2013, the American Psychiatric Association has issued The Diagnostic and Statistical Manual of Mental Disorders, Fifth Edition (which is also known as DSM-5). This manual has listed cannabis use disorder among other disorders.

In the DSM-5, there are 11 criteria that precisely describe cannabis use disorder:

This manual received negative critics from cannabis advocacy groups, as both recreational and medical cannabis consumers weren’t pleased with what constitutes a cannabis use disorder.

The main reason for the disapproval was because most patients who use cannabis as a medication will probably meet more than two of these criteria.

Experts also added that meeting two of these criteria can be just fine, because frequent users can enjoy cannabis on a daily basis, and once they decide to abstain from cannabis they most likely won’t experience any harsh withdrawal symptoms whatsoever.

The majority of both recreational and medicinal cannabis users won’t experience any of the symptoms listed above after quitting cannabis, but around 9% of users will experience some negative symptoms and meet more than two criteria from the DSM manual.

If cannabis consumption starts to negatively impact the quality of your life (or the people around you), or if you feel that you’re unable to stop using it, there’s a good chance that you’re in that small group that’s genuinely addicted to cannabis.

Possible signs of cannabis use disorder

The new Diagnostic and Statistical Manual of Mental Disorders, Fifth Edition (DSM-5) includes weed addiction under the name of “Cannabis Use Disorder.”(2)

In order to be diagnosed with this disorder, at least two out of ten symptoms need to be present in your life within a period of 12 months. These symptoms include:

Most cannabis consumers will never experience any withdrawal symptoms. Around 90% of users can stop at any time without any negative consequences.

However, withdrawal from more addictive substances is a completely different story, as it affects a much larger percentage of people and produces extremely unpleasant withdrawal symptoms.

Once someone stops taking an addictive substance they’ve been using regularly, a plethora of unpleasant physical and psychological difficulties start to happen.

Some of the common substance withdrawal symptoms are tremors, vomiting, insomnia, depression, flu-like symptoms and even delirium.

But because cannabis is a completely natural substance, abstinence doesn’t cause severe withdrawal symptoms, unlike addictive drugs like heroin or cocaine.

A small percentage of pot users will feel discomfort, have restless sleep with intense dreams, changes in appetite, and some also may experience anxiety. These symptoms are just temporary and are closely associated with  THC.

The duration of these manifestations ranges from a couple of days to two weeks, and only a small portion of cannabis users will go through a withdrawal phase.

These symptoms occur because cannabinoids (like THC) bind to the same cellular receptors as our own internal endocannabinoids. The human body becomes accustomed to an increased volume of cannabinoids and reduces the number of cannabinoid receptors to maintain balance. Once we stop using cannabis, though, these receptors grow back to normal.

What’s also interesting is that there’s very early evidence that it might be possible to treat THC withdrawal symptoms with CBD, according to a study from 2013 which showed that CBD therapy helped one 19-year-old girl treat her cannabis withdrawal. (3)

If you feel that cannabis has lowered the quality of your life, or that it negatively affects your productivity, worsens your relationships with people around you, perhaps it’s time to get some help and quit using it altogether.

Hi yes this was very informative I must be one of the small percentage that stopped taking this medical marijuana oil‘s and have gone through three days of nausea ,sleepless and just a mess .I am a 60s child so I of course have smoked marijuana and noticed that you do want more but yeah you don’t have physical Reaction .it’s more mental .now my question is this medical marijuana that is developed is this more physically addictive than just regular leaf marijuana that hasn’t been separated turned into oil’s and Vape .I’m looking into this