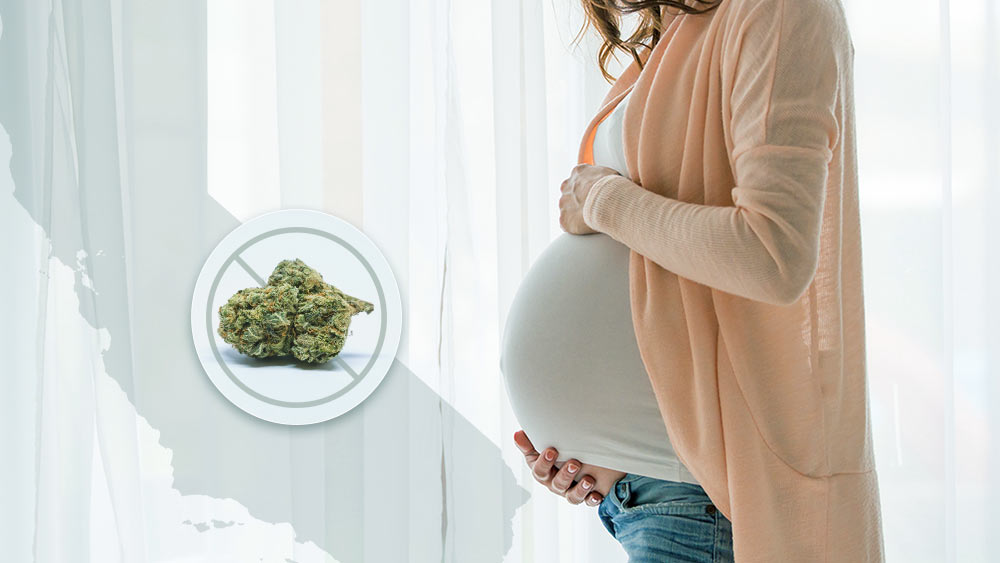 Although the effects of smoking marijuana while pregnant haven’t yet been examined thoroughly, most doctors would caution mothers-to-be against using cannabis during these nine months.

Now three years after California legalized cannabis, the state Developmental and Reproductive Toxicant Identification Committee in Sacramento is set to review whether marijuana should carry a warning label like tobacco products.

The panel, consisting of scientists appointed by the governor to identify chemicals causing reproductive toxicity, will review if THC should find itself on this list.

In California, the largest market for marijuana in the US, the Safe Drinking Water and Toxic Enforcement Act requires warning labels on harmful chemicals in order to inform people of exposure.

New study could contribute to the debate

The number of pregnant women using cannabis has doubled in the past 15 years, as many say the plant helps them deal with common side-effects like morning sickness. Moreover, an overwhelming majority of women believe marijuana use during pregnancy isn’t harmful.

These statistics motivated physicians from the University of Nevada in Las Vegas to investigate the potential effects the popular drug may have on a fetus, during pregnancy, and after birth.

Published in the Journal of Maternal-Fetal and Neonatal Medicine, researchers reviewed sonogram data from nearly 450 pregnant women who self-reported daily marijuana use.

Their study found that daily marijuana could lead to low birth weight, as well as impede newborns’ resistance to infection, decrease oxygen levels, cause hypoglycemia and other health issues.

The abnormalities they discovered during the research may be attributed to chemical compounds known as polycyclic aromatic hydrocarbons – found in both tobacco and marijuana smoke.

“Our findings contribute to the growing body of evidence that fetal marijuana exposure may not be as safe as people think,” Dr. Bobby Brar, lead author of the study, warned.

The physicians added that exposure to smoke, rather than nicotine and THC, may be responsible for delayed fetal growth.

“While additional studies are needed to further understand the negative impacts of daily marijuana usage on fetal growth, the team of doctors said that cannabis use should be discouraged during pregnancy,” the study concludes.