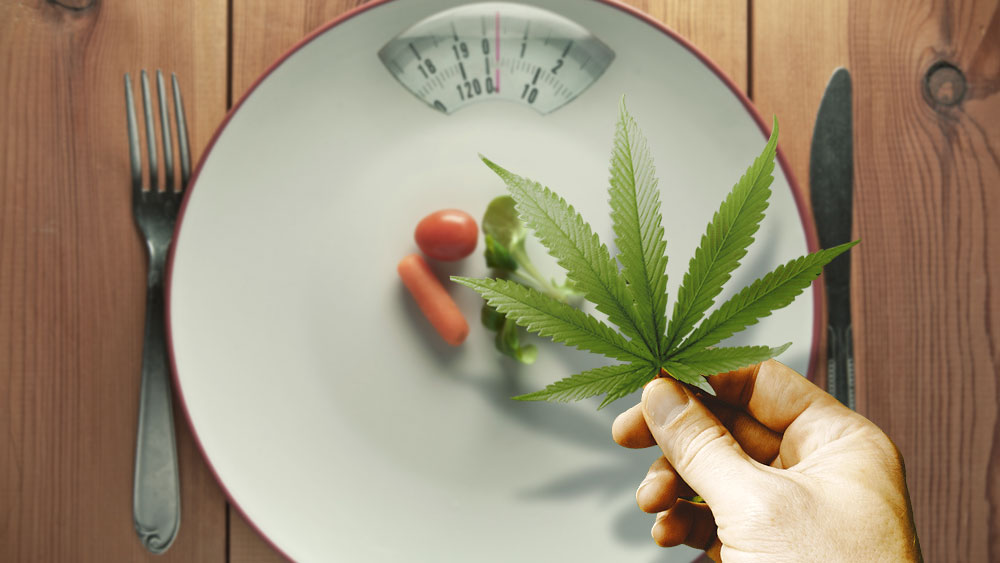 It takes just a few puffs of weed to get the munchies, but does this mean that medical cannabis works well for actual eating disorders?

Eating disorders affect 2 to 3% of Canadians, and up to 30 million Americans. The road to recovery is often paved with obstacles, however, it’s more than possible to get better and maintain a healthy weight.

While the mainstream public is not convinced, some experts believe that cannabis can be used to help people get the better of their eating disorder.

I wanted to find out if there is some evidence of successful application of cannabis for eating disorders, so I decided to start off with figuring out what eating disorders actually are and which studies explain the complex relationship between eating and cannabinoids.

What are eating disorders?

When you think of an eating disorder I bet the first thing that pops into your mind is anorexia or bulimia.

Truth be told, the realm of eating disorders is not that simple—it’s rather quite complex.

Here are just some:

It might seem that eating disorders bloomed in the late 20th and early 21st century, in conjunction with society’s obsession with thinness.

But, believe it or not, the earliest description of what would later be called anorexia dates back to the 17th century and is credited to English physician Richard Morton.

It wasn’t until the late 19th century that anorexia got recognized as a genuine medical condition.

Over the past 50 years, we have seen many celebrities and models parade their slim bodies all over the mainstream media, and we surely can’t deny that this had a huge impact on how kids see their own bodies.

And this is where it all starts—eating disorders most often develop in girls, in their teenage years or early adulthood.

Eating disorders are not just a social phenomenon, even though we can all agree that the pressure to stay thin always floats in the air somewhere.

Many factors play a role in developing an eating disorder, not just the idealization of a typical skinny body. 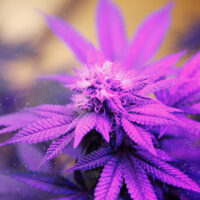 What was especially intriguing for me is this:

According to statistics, 50% of people with eating disorders abuse alcohol and illicit drugs.

These conditions are not easy to get rid off and successful treatment usually includes counseling, medications (most commonly antidepressants) and a strong exercise regimen.

Some people, with the right treatment, get better and leave that episode behind them.

Unfortunately many will struggle with their eating disorder on a recurrent basis in the forthcoming years.

At this point in my research, I was interested in finding out whether cannabis can actually help people recover from a havoc caused by an eating disorder.

Eating disorders are mental disorders characterized by abnormal eating habits which can harm a person’s physical and mental health.

All mammals have a lipid signaling system that’s in charge of cellular communication within the body, called the endocannabinoid system (ECS).

To communicate between the distant cells, the ECS uses two weapons: Cellular activators and receptors.

You can think of an activator molecule as a little messenger that travels through the body and snuggles into a particular receptor, eventually delivering the message.

The body’s own messenger molecules are called endocannabinoids and the receptors are organized into several groups, spread throughout the body—cannabinoid receptors that have been identified so far belong to the CB1 and CB2 group.

The healing potential of cannabis lies in the way it plays with our ECS.

THC, for example, resembles anandamide (an endocannabinoid) in the way it attaches itself primarily to CB1 receptors.

CBD, on another end, works through a multitude of molecular pathways, all of which are explained in detail in our complete CBD guide.

In 2017, a team of researchers from the University of Salerno in Italy investigated a possible role of the endocannabinoid system in controlling eating disorders.

They came to an interesting conclusion: The ECS regulates eating behaviors by activating CB1 receptors. (1)

The CB1 receptor activation has an impact both on the brain and the peripheral organs like gut, muscles, liver, and fat.

Another interesting thing was noticed in a 2014 research published in the Nature Neuroscience.

Cannabinoids, particularly THC, can be a potential medication for treating anorexia. (2)

Since anorexia sufferers don’t find any pleasure in activities related to eating, THC could help them regain that ability by activating the same CB1 receptor mentioned in the first study. That way, the sensibility to taste and smell increases, together with the pleasure of eating.

One long-term study found another link between cannabinoids and weight gain.

During a three-year long research, anorexic patients were given synthetic THC or a placebo.

After four weeks, subjects who were taking THC gained a pound and a half more than the placebo group. (3)

I know that a pound and a half doesn’t seem much to most people, but when you are trying to pull yourself together from a condition like anorexia, gaining even a gram of body weight is one big step closer to recovery.

Although cannabis-induced munchies might seem like the perfect solution for all sorts of eating disorders, there is one big problem—binge eating guilt.

When you are high, you are relaxed and you often get hungry.

People suffering from eating disorders are often faced with the fact that after the weed wears off the reality kicks in.

The feelings of regret, guilt, and shame after consuming food while high all kick in, which can, unfortunately, lead to purging. This is especially problematic for bulimia sufferers.

Being even more critical of their body after overeating is not something new to those who are already suffering from an eating disorder. Those with bulimia are in even greater danger since they can become even more dependent on purging and further endanger their health.

Maybe this is the main reason why cannabis can be prescribed for eating disorders in only 5 US states—however only for anorexia and not bulimia.

If it does work for you the way it should, that’s awesome. If you feel the guilt and an urge to induce purging, maybe cannabis isn’t the best solution for you.

Cannabis can be an effective way and a natural aid in fighting most eating disorders, but it all depends on the individual.

The studies I found obviously target cannabinoids as a potential remedy for different eating disorders. However, as conventional medicine is still not convinced, I’d say that we need to wait for some double-blind randomized studies to shine the light on this topic.

People who self-medicate should know that in 5 US states and Canada you can get a medical marijuana card for anorexia.

You should be very careful with cannabis if you feel guilty after eating. Munchies and binge eating may cause further purging and can actually worsen your condition. In this instance, you should talk to your therapist and stick to the recovery plan they laid out for you.

If you have used cannabis to overcome an eating disorder, please share your experience with other readers in the comment section below. I’m sure we will all benefit from hearing your story.