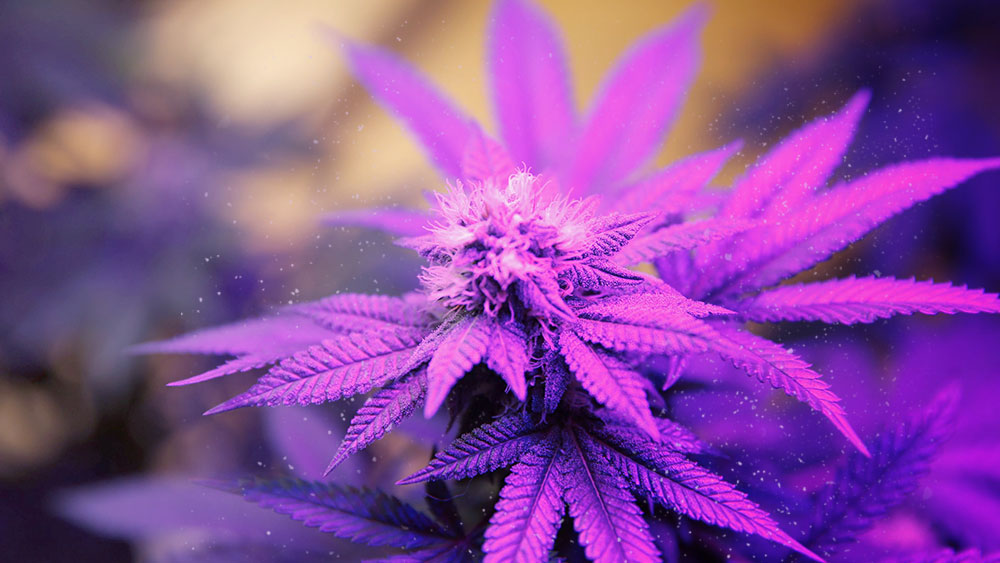 Purple Kush is a hugely popular strain in the West Coast, due to its extraordinary looks, good growing genetics, and a powerful high it produces.

However, its lineage is very confusing. We get Purple Afghani by crossing Purple Kush with Afghani, so it’s one of those “what came first, the chicken or the egg” type of things.

The exact lineage is hard to determine as it could simply be just one of the many phenotypes that are common among plants growing high up in the mountains of the Hindu Kush range. 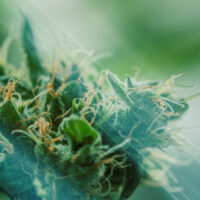 What Is Kush Cannabis and Why Is It So Popular? 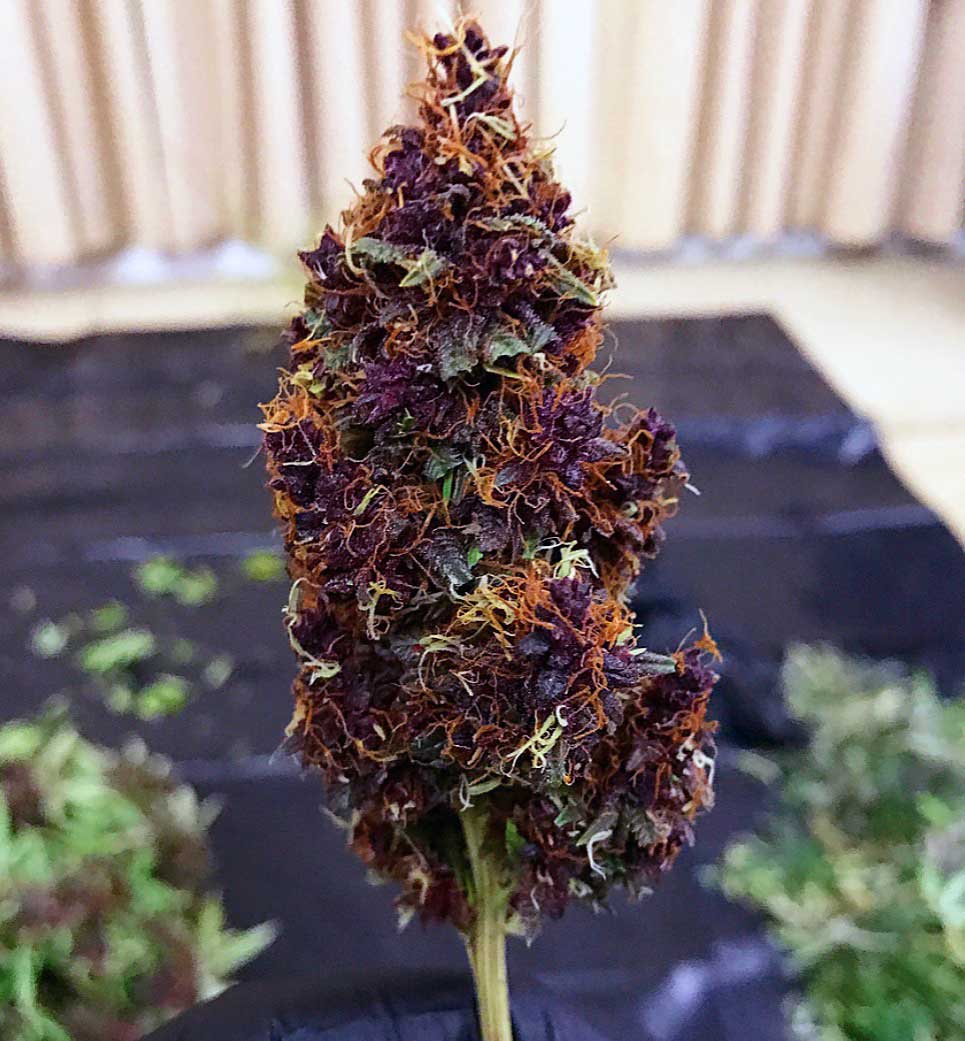 Purple Kush got its name after its looks. The flowers of Purple Kush often grow purple, instead of green.

The nugs are usually not very thick, but rather resemble Thai Sticks as they tend to grow around the stem. The pistils are orange.

Given that it has strong indica roots, Purple Kush tends to grow small and bushy.

Purple Kush has a strong smell and tastes like berries. Depending on the batch, the taste can sometimes also be very earthy, even if it was grown hydroponically.

The smell of Purple Kush is pungent and somewhat reminds of grapes. At the end of each puff, you will definitely feel the traditional taste of Kush.

It would be an understatement to say that the smell and taste of Purple Kush are A-grade.

Seeing how Purple Kush is a 100% indica strain with plenty of myrcene, it has all of the classic effects of indicas.

The high Purple Kush produces comes in stages: It will first make you very relaxed and from there it can either take you to sleep or to the fridge.

Purple Kush isn’t really a strain I’d recommend to users who want to engage in some type of activity or communication.

THC levels in Purple Kush are usually between 12% and 22%, while other cannabinoids are remotely present.

It works wonders for medical patients with chronic pain, but it can also help relieve more serious conditions such as fibromyalgia or arthritis. 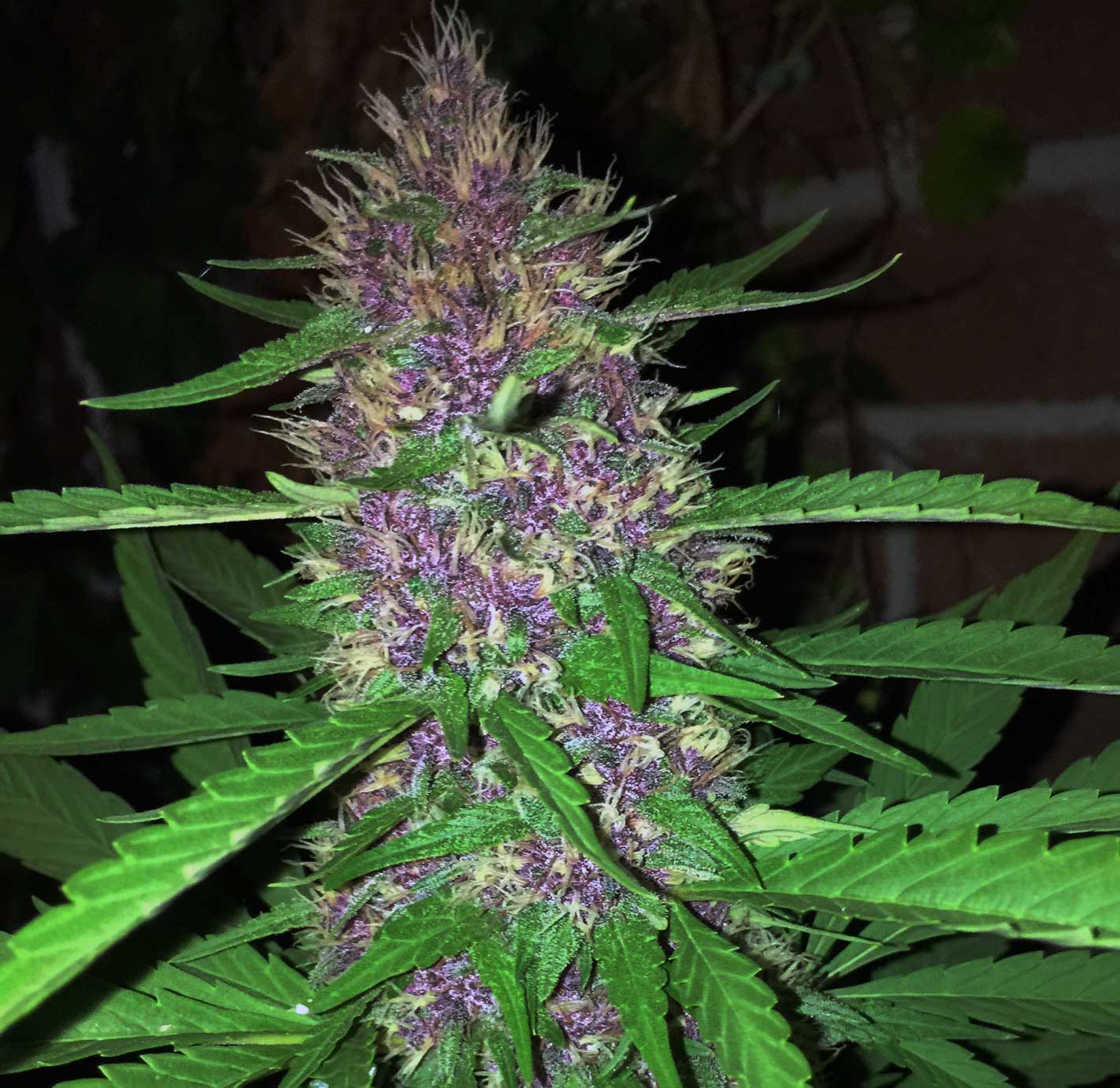 Growing Purple Kush is a real treat, as the plant grows short and bushy and you’ll usually see it get wider than taller. It also tends to grow several smaller colas instead of one or two large ones.

Purple Kush usually flowers in about 7 or 8 weeks after the seed/clone has been planted.

The buds are really susceptible to bud rot, so it is advised to grow Purple Kush indoors.

Due to its genetics, this strain produces huge amounts of resin, both on the flowers and the leaves. It is perfect for making hash and other types of extracts.

On average, indoor-grown Purple Kush will yield about 15 oz/ m2, and outdoor grown plants tend to net about 250-300 grams per plant.

Purple Kush is a great strain to use when making extracts from the non-smoking parts of the plant. The leaves often have bits of resin, which means they hold some potency.

Make sure you don’t throw them away after harvesting. You can use them for making extracts such as rosin or BHO.

Where to find Purple Kush?

Purple Kush first appeared in the Oakland area, and later it was popularized by the medical communities of California.

As far as Canadian licensed producers go, 4 of them have Purple Kush (or some variation of it) in their offering: Tilray, CannTrust, Canna Farms, and Broken Coast.

Purple Kush is also hugely popular in the United States. Since it originated in Oakland, it migrated and spread to Colorado, Oregon, and Washington at first.

Now it’s one of the most common variations of the Kush strains, aside from Master Kush and OG Kush.

Indoor grow is more productive???? 200 to 300 grams per outdoor plants sounds like less than 15 ounces per meter for an indoor plant.

it's a preference thing I guess, I don't consider it premium bud if it's all leafy and fluffy. I like my buds dense and packed. Also, 15 oz = 420g so, yeah... the math is sound.