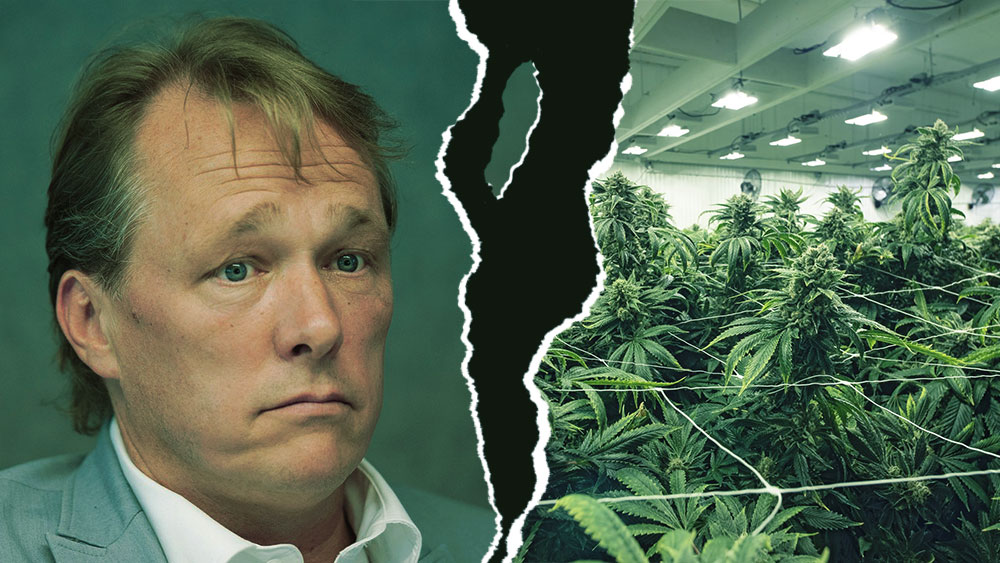 Bruce Linton, the founder and now former CEO of Canopy Growth has been fired by the company board due to poor performance in the past few months.

Canopy Growth has been on the frontier of Canada’s cannabis industry for years now. The company assumed the role of the industry leader a few months before legalization kicked in.

Canopy has been preparing for the then-upcoming legalization for years. With their founder Bruce Linton at the helm, the company was well positioned to become a global leader in the cannabis industry in just a few years.

Linton became the figurehead of the industry, praised by many for his exquisite leadership, political maneuvers and handling of the press.

It seemed almost as if Linton was untouchable — however, this turned out to be a false assumption.

Earnings were a massive disappointment

Somewhere in the middle of last year, the liquor giant Constellation Brands bought a huge share (~38%) in Canopy Growth with options to buy more so that their ownership grows to 51%.

This came with a huge infusion of cash which Canopy desperately needed at the time. So, in essence, Canopy sold ownership of its company mid-2018 to an American brewing giant for $5 billion in cash.

Many at the time praised this move, but a few people were aware this meant the end of Canopy Growth as we knew it.

As of that moment, Linton’s job wasn’t solely running Canopy Growth, but also pleasing the owners over at Constellation. And that is obviously hard to do when your parent-company records a 106-million dollar loss due to your performance.

Even worse, Canopy itself reported a $244.8 million loss, and that’s just in the last quarter’s report.

Without a doubt, Linton was by far the best CEO that could have been chosen in the sea of competent executives Canada and America have to offer. However, as he said himself, his time at the company was over.

What’s next for Canopy?

Just like the company’s co-founder Chuck Rifici, Linton was ousted by the board, and just like before, the stock took a sizable dip. For about 2 weeks now CGC has been trading at a mediocre ~$40 USD.

However, this shouldn’t shake up the company and its structure too much, or at least only until they get a new CEO.

Up until now, Linton was the co-CEO with Mark Zekulin, who is also the President of Canopy Growth.

Once Canopy’s board finds a new CEO, it is expected that he will clean the house and set up his own people, which might significantly affect day-to-day operations.

Linton owns about 18 million shares of Canopy Growth and Canopy Rivers, and some estimates say that he grew his personal wealth by more than $200 million while at the helm of the company, through bonuses and stock compensations.

In an interview with CNBC Linton pointed out that he has no intention of selling any of his shares and stock options. He also mentioned Canopy gave him an exit package, although he didn’t disclose what was in the package.

Canopy is expected to pay out near $1.1 million CAD to Linton in cash as part of their departure agreement, based on business information.