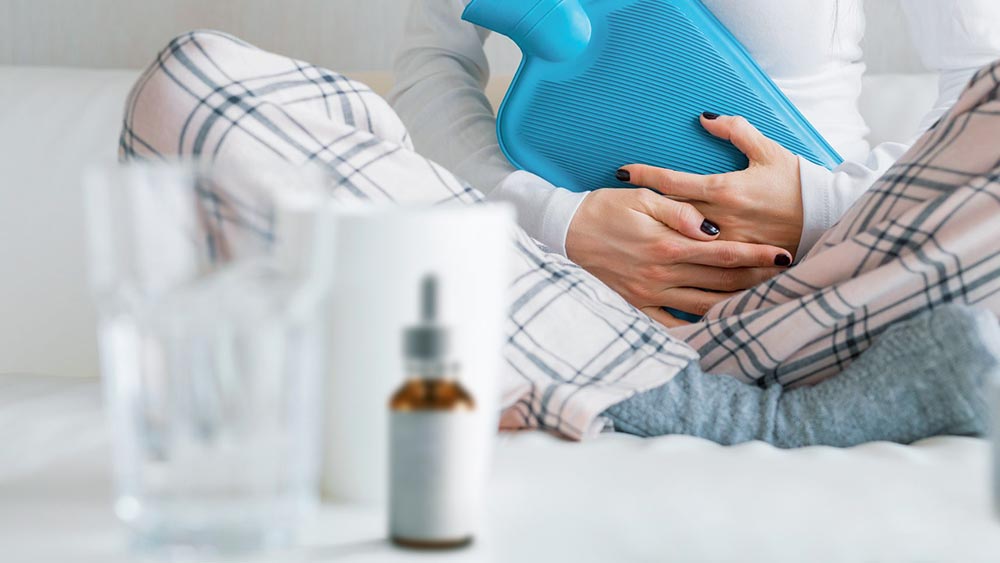 Over the course of the past decade, a large number of scientific studies have analyzed the effects of CBD for nausea.

Some focused on nausea resulting from chemotherapy, while other studies were dealing with how CBD works for nausea in general.

This collection of works conclusively showed that CBD is a very promising compound for both nausea and vomiting.

Let’s check out some of the most important research.

According to this 2011 review, considerable evidence suggests that the manipulation of the endocannabinoid system is capable of regulating nausea and vomiting in humans and other animals.

The endocannabinoid system is an internal bodily system through which CBD and other cannabinoids create their beneficial effects.

Researchers also noted that cannabinoids are especially useful for difficult-to-treat types of nausea, such as the nausea (and anticipatory nausea) in chemotherapy patients.

Finally, this review stated that lesser doses of CBD are capable of suppressing nausea.

A 2012 animal study was evaluating the hypothesis that CBD produces its anti-nausea effects by activating somatodendritic 5-HT(1A) receptors in the brain (more precisely in the dorsal raphe nucleus).

They concluded that their results indicated that CBD creates the anti-nausea/anti-emetic effect by an indirect activation of the somatodendritic 5-HT(1A) receptors.

This review from 2016 was focusing solely on the effects of cannabinoids for chemotherapy-induced nausea.

It heavily relied on the previously conducted preclinical animal research, since clinical research with humans about cannabinoids and chemotherapy-induced nausea is very sparse.

They specified that the preclinical evidence with CBD looks very promising, and that there is a great need for human clinical trials.

Researchers concluded that the endocannabinoid system plays a crucial role in the regulation of nausea, but also that CBD produces its anti-nausea effects through a non-cannabinoid mechanism of action.

A study from 2018 was also focusing on chemotherapy-induced nausea and found that trials that used THC (the main psychoactive component of cannabis) demonstrated a limited anti-nausea/anti-emetic effect, and produced significant adverse effects.

On the other hand, trials using CBD products demonstrated an improved anti-nausea/antiemetic efficacy, while producing significantly less side effects.

Researchers also mentioned that even though CBD-based medications aren’t yet approved by the FDA for nausea and vomiting, the general population has been increasingly using independently-produced CBD extracts for these conditions.

How to Use CBD Oil for Nausea

This study from 2018 noted that high doses of CBD can potentially induce nausea and vomiting, which is especially unwanted for people who are already suffering from these conditions.

Therefore, it’s advised to start with lower doses of CBD (for instance 7.5mg, 15mg, or 20mg), and observe the effects they produce.

Doses in the range of 40mg to 60mg of CBD should generally be avoided for nausea, although these larger doses don’t induce any nausea in some users.

It’s also important to mention that CBD oils have a significantly quicker onset of effect in comparison to CBD capsules, which makes them better suited for this particular condition.

A dose of CBD oil should be placed beneath the tongue with the dropper, and should stay there for approximately one minute.

After the initial minute has passed, the patient should ingest the remaining oil.

CBD has a negative drug interaction with all medications that are metabolized by the CYP3A4 enzyme.

Medications that are broken down by this enzyme generally have a grapefruit warning on their packaging, although some drug producers fail to point this out.

CBD, grapefruit juice and these medications are all broken down by this enzyme, and consuming these substances at once should be avoided, because the CYP3A4 enzyme could potentially have difficulties metabolizing all of them at once.

This could lead to elevated levels of some of these substances in the body, which can be dangerous.

If you’re planning to consume CBD for nausea and are using any medications, please perform your due diligence and check if these medications are metabolized by this enzyme, and try to avoid grapefruits.

Hello! I would like to say that this is absolutely accurate, I had to choose the right dosage so that I would not constantly feel sick when taking this remedy. I think it would be important to discuss all this with the doctor and tell the doctor right away that you have an increased feeling of nausea. And I think that it would really improve my condition during the adoption of the CBD.