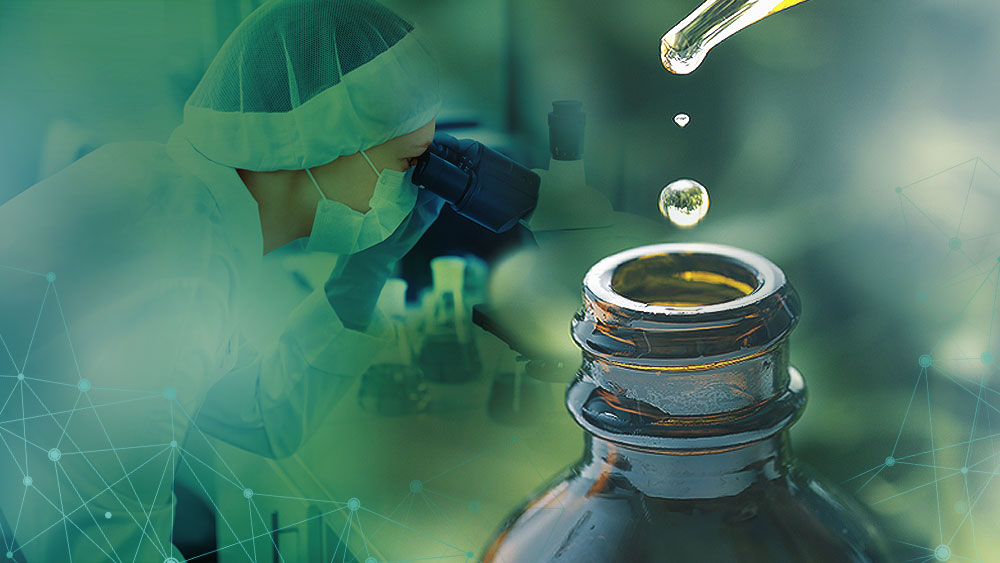 Interest in cannabis component CBD is growing quickly, and a rising number of companies are jumping on the bandwagon to take advantage.

With that green rush comes an onslaught of products that all have their own unique ways of handling the cannabinoid.

Greencamp was recently at the Natural Products Expo in Los Angeles where CBD was all the buzz on the show floor.

There we got a first-hand look at the latest and greatest CBD products, and noticed one major trend was hemp-derived CBD oil rather than CBD oil from cannabis.

CBD, or cannabidiol, is one of 113 cannabinoids found in cannabis that interact with the human body’s endocannabinoid system, which regulates different neurological processes such as pain, inflammation, appetite, learning and emotions.

One reason CBD is gaining interest is because of claims that it is effective in treating pain, inflammation, anxiety and sleep disorders, all without the psychoactive effects of THC.

While one may feel a relaxed body after consuming CBD, you won’t get the traditional “high” cannabis usually brings.

The floodgates have opened for the hemp CBD market ever since the Agriculture Improvement Act, otherwise known as the Farm Bill, was passed in the U.S. in December 2018.

The Farm Bill removed hemp from the U.S.’s list of controlled substances, including hemp-derived substances, allowing the legal creation of hemp CBD products.

Hemp is defined by U.S. law as cannabis that has less than 0.3 per cent THC, the cannabinoid that provides cannabis’ psychoactive effects. Previously in U.S. law there was no distinction between hemp and cannabis despite their very different THC contents.

Cannabis products that have more than 0.3 per cent THC remain illegal federally as a Schedule 1 substance.

While recreational cannabis was legalized in Canada last October, the passing of the Farm Bill has actually given the U.S. an edge over Canada for CBD extraction from hemp, believe it or not.

The Cannabis Act, which is the bill that made cannabis legal in Canada, regulates CBD the same way as THC. This means that CBD from hemp can only be extracted by a licensed cannabis producer, available in oil form and sold by licensed private or provincial retailers.

Since hemp producers have to rely on the smaller amount of licensed cannabis producers to extract CBD from their product, Canada’s hemp CBD industry is hampered.

Prior to October, hemp could only be used for industrial purposes in Canada, and parts of the plant that contained a high concentration of CBD were discarded.

Edibles containing CBD are also still illegal in Canada, with the aim for legislation to include them by October this year.

Those in the Canadian industry are pushing for hemp-derived CBD to be regulated outside the Cannabis Act altogether. The Canadian Health Food Association has already called for the government to loosen its CBD restrictions in November last year.

Hemp is a variety of the cannabis sativa plant that has been grown over the years primarily for industrial purposes.

Historically, hemp has been used more for its physical strength rather than to be consumed. It has very strong fibres, and was actually one of the first plants to be spun into usable fibre 10,000 years ago. Since then, hemp has been used for centuries to produce cloth, rope and even building materials.

But now, companies are beginning to look at other aspects of hemp, one of those being its CBD content.

Compared to cannabis, hemp is a lightweight for CBD. Typically, hemp has a CBD concentration of around 3.5 per cent, compared to certain cannabis strains that can have as much as 18-20 per cent CBD, such as Charlotte’s Web, Avidekel or ACDC.

Certain aspects of hemp put it at a disadvantage compared to cannabis for the quality of CBD oil that can be produced from it.

Hemp is a “bioaccumulator,” meaning the plant naturally draws toxins from the soil. While this has been taken advantage of by industries to clean up toxic spills, it does provide some risks that toxins may make their way into the CBD oil.

As well, companies often grow hemp for multiple purposes, and sell their additional unused hemp for CBD extract, which can increase the risk of toxins making their way in, such as pesticides.

Since hemp is low on CBD, a large amount of hemp is needed to get a small amount of the cannabinoid, which increases the risk that toxins will be included.

When looking for a hemp-derived CBD product, try to find one that is USDA-certified, which means that the U.S. government has given it organic certification.

To get this, cultivators must not use prohibited substances for three years, which can give some reassurance that trace amounts of chemicals were not picked up in the soil.

CBD companies that are USDA-certified can be found in the database here: https://organic.ams.usda.gov/Integrity/.

Hemp-derived CBD oil can either be “full spectrum” CBD or CBD-isolate.

Full spectrum is when the whole plant is extracted compared to when just the CBD is taken from it.

Think of CBD-isolate as taking a vitamin C pill rather than eating an orange.

When the whole plant is extracted, other components of it can work synergistically with the CBD, which is known as the entourage effect.

The value of the entourage effect was found by an Israeli study that tested whole plant CBD-rich cannabis extract versus a single-molecule CBD extraction.

The study found that the whole plant extract was more effective in treating inflammation in mice.

The single-molecule extraction resulted in a bell-shaped dose-response curve, which means that when the dose of CBD exceeded a certain point, its effectiveness declined. This is compared to the whole-plant extract, which had a greater effect in treating inflammation with higher doses.

As well, they found a smaller dose was needed for significant pain relief of the cannabis extract versus a much higher dose of the pure CBD.

Struggling to dose CBD? Download Droppy – app that calculates your perfect dosage based on research studies.

Unfortunately, CBD products from industrial hemp have a lessened entourage effect because it contains a smaller variety of cannabinoids and little to no terpenes.

This is compared to CBD products from high-CBD cannabis that have an abundance of terpenes and a broad spectrum of cannabinoids that can boost its therapeutic potential, but does provide a risk of including THC.

Look out for a product’s “Certificates of Analysis (CoA)” when shopping for CBD products, which verifies that a vendor has laboratory tested its products. It should give a full breakdown of the cannabinoids present and their amounts in the product. At least two cannabinoids means it is a true full spectrum product.

CoA will also show if it has been tested for contaminants such as heavy metals, pesticides, herbicides, microbes such as mold, or residual solvents, which you should be careful of given hemp’s ability to catch toxins.

Globally, CBD is expected to be a $5.7 billion market in 2019 and $22 billion by 2022, according to consulting firm the Brightfield Group. A more conservative estimate from research company New Frontier Data puts it at $1.3 billion by 2022.

But the green rush has already begun. Hemp-derived CBD alone was a $390 million market in 2018. Hemp producer Wildflower saw its online sales grow by 300 per cent in just nine months in 2018, and have opened its first New York retail store.

Companies are moving quickly to meet the demand, with the trend appearing to lean towards hemp CBD likely because it is cheaper to produce than cannabis and due to the new friendly laws in the U.S.

And expect more hemp to be produced.

Canada’s largest licensed cannabis producer, Canopy Growth Corp., announced within a month of the Farm Bill passing that it received a hemp license in New York that it would use to build a $150 million hemp cultivation and processing facility in the state.

In November 2017, Canopy also acquired assets and intellectual property from Green Hemp Industries, which included a hemp farm, and are building a hemp-cultivation facility in Yorkton, Saskatchewan.

Aurora Cannabis announced in September it acquired Europe’s largest producer and processor of organic hemp, AngroPro, which owns up to 4,000 acres of hemp farms across Lithuania, Latvia, Estonia and Poland. The company aims to sell CBD products to the European market.

The industrial production of hemp also opens up its use for many different products, including drinks and topicals, and also environmentally-friendly alternatives to common items such as toilet paper.

Licensed producer WeedMD has paired up with Phivida Holdings to create the joint venture CanBev to sell hemp-based CBD-infused food and CBD beverages. It is currently creating a beverage production facility in time for edibles to be legal in Canada in October.

Big names like Sephora are also getting into the business with CBD-infused beauty products.

While hemp-derived CBD oil has its disadvantages compared to cannabis CBD oil, friendly U.S. laws and growing consumer interest has given incentive for companies to go towards hemp. When shopping for hemp CBD oil, be on the lookout for proper certifications, such as the USDA certification, and go for a full spectrum hemp oil rather than CBD isolate.