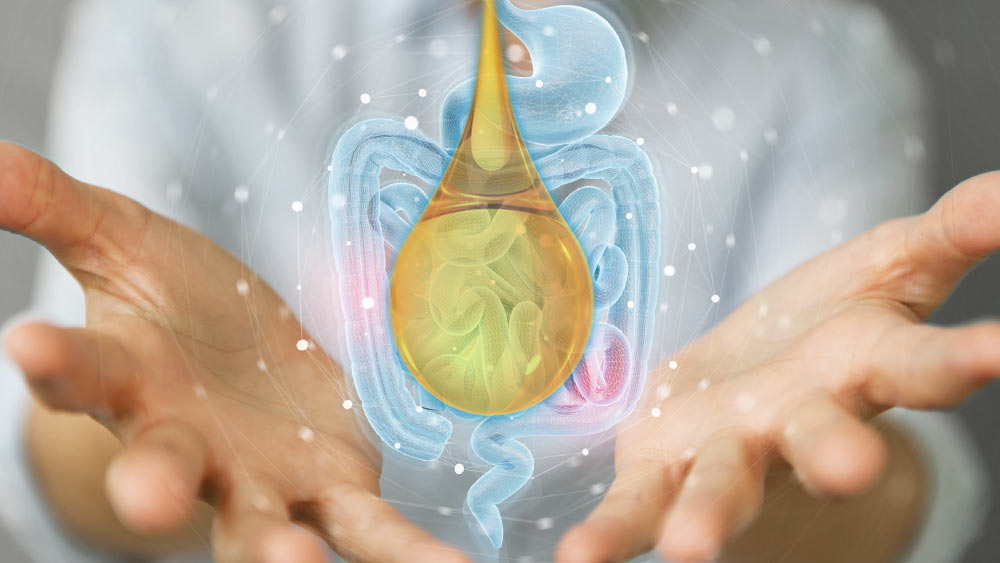 When talking about whether CBD oil can alleviate the symptoms of Crohn’s disease, there are two important scientific studies to consider.

This recent research allows us to make more accurate conclusions about the type of CBD that should be used for this particular condition.

The first study is from 2017, and 19 patients with Crohn’s disease participated in it.

They were given 10 mg of pure CBD (also known as CBD isolate), twice a day for 8 weeks.

Researchers found that even though CBD treatment was well tolerated, this type of therapy didn’t result in any beneficial effects.

They also stated that the potential reasons behind the ineffectiveness of the treatment were due to the small doses, but also because they used pure CBD.

It’s known that cannabinoids like CBD work in synergy with other compounds of the cannabis/hemp plant, which increases their overall effectiveness. This trait of cannabinoids is known as the “entourage effect”.

The second (placebo-controlled, double-blind) study decisively confirmed the conclusions of the first study.

This research also lasted for 8 weeks, and had 46 participants suffering from a moderately severe Crohn’s disease.

But, unlike the previous study (where the researchers used isolated CBD), the participants in this one were given CBD oil with other cannabinoids in it.

As you probably already know, THC is the psychoactive component of the cannabis/hemp plant, but with a ratio like this (where CBD is much more prevalent than THC), the psychoactivity caused by THC is practically nonexistent.

CBD oil with such low amounts of THC is known as full-spectrum CBD oil. 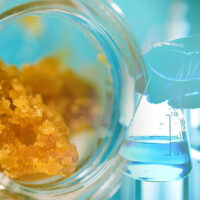 The results of this study were very positive.

65% of the participants who were given the full-spectrum oil showed a significant diminishment of symptoms (bloody diarrhea, abdominal pain, fever, rectal bleeding) and met the criteria for full clinical remission.

Besides fewer symptoms, participants also experienced improvements in their overall quality of life.

In addition to these groundbreaking studies, two scientific reviews from 2017/2018 also acknowledged the value of cannabinoids for Crohn’s disease.

What Can We Conclude?

When we take the available research into consideration, it’s safe to say that consuming isolated CBD isn’t the best way to fight Crohn’s disease.

On the other hand, full-spectrum CBD oil showed great effectiveness for a large percentage of participants.

If you’re looking to completely avoid THC, broad-spectrum CBD oils are also an option, but unfortunately, no research so far has been performed with this type of oil.

Full-spectrum CBD oils are also only available in states where recreational cannabis is legalized.

As for dosing, the successful second study unfortunately didn’t specify the exact amount of oil used in their research.

But, since they used 20 mg of pure CBD per day in the first study and produced no results, it’s probably better to administer greater daily doses, somewhere in the range of 40 mg to 60 mg of CBD per day.

The correct way of using CBD oil is to place a dose under the tongue with a dropper. It should be left there for approximately one minute, after which the remaining oil should be swallowed.

CBD and Other Medications

If you’re using any regular pharmaceuticals for Crohn’s (for instance, anticoagulant Warfarin), CBD can increase the levels of the drug circulating in your body, which is potentially hazardous.

This happens because CBD is broken down by the same enzyme which is responsible for the breakdown of numerous other medications.

This enzyme is called CYP3A4, so if you plan to implement CBD oil in your existing therapy, please consult with your doctor to find out if any drugs that you’re taking are also metabolized by this enzyme. You can also read the insert slip for any mention of this enzyme.

Most drugs that are metabolized by the CYP3A4 enzyme have a grapefruit warning on the packaging, because grapefruit juice is also broken down by this enzyme.

This means that grapefruit juice should also be avoided while you’re using CBD.