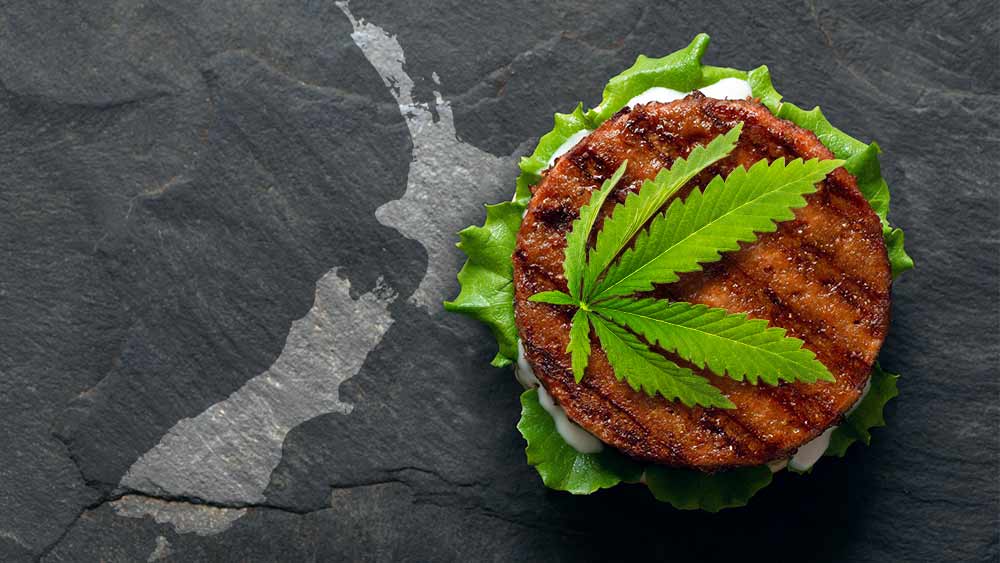 A company in New Zealand has developed the world’s first hemp-based meat, which it plans to roll out as a sustainable alternative to meat as early as next year.

Sustainable Foods is a  producer of other plant-based meats, some of which already include hemp for its nutritional value. Through the company’s Craft Meat Co brand, Sustainable Foods will launch the hemp-based burgers in partnership with medical cannabis producer Greenfern Industries.

“Our products all use hemp, which is considered one of the most nutritionally complete food sources in the world, increasing the total consumable protein content,” Sustainable Foods founder Kyran Rei told The Scoop earlier this year.

Sustainable Foods has been developing and testing the burger for months now. With researchers from Massey University’s Riddley Institute, they settled on several products that Sustainable Foods founders Rei and Justin Lemmens claim are rich in protein, dietary fiber and are environmentally friendly.

Although the company says it wasn’t focused on creating a substitute that replicates meat in every aspect, Rei described eating the products as “close to the experience of eating chicken” in an interview with FoodNavigator-Asia.

“We have an abundance of high-quality hemp from which we obtain seed, cake and oil so we partnered with the Riddet Institute to work on background research and hemp product development. We’ve spent 12 months working with Riddet Institute on the product and, after several iterations, we’ve produced some very valuable shared IP,” Dan Casey of Greenfern Industries commented on the collaboration.

All the hemp is locally sourced, while Sustainable Foods also stresses the hemp growing methods employed by Greenfern Industries are highly sustainable. Even the plastic packaging that will be used for the final products is made from mostly recycled content.

However, arguably the most important side-effect of eating a more plant-based diet is minimizing the carbon footprint created by the meat industry. As the public becomes more aware of the devastating environmental impact from meat production, plant-based meat and dairy substitutes have been becoming increasingly popular in the developed world.

The duo behind Sustainable Foods said they are hoping to conduct multiple product trials throughout the remainder of the year in order to be ready for an early 2021 launch, both on the local New Zealand market and for exporting.

Wow. Sad. I definitely don’t be supporting this company if they are choosing to use mono cropping to produce fake meat that is manufactured in a facility that uses tons of valuable resources when people can choose to eat meat which is completely part of a natural system in which the earth can sustain. Mono cropping destroys plant diversity and destroys micro cultures of insects, small mammals and birds and can never recover fully.

Monocropping is not an ideal situation, but the way people consume meat presently is not at all part of a natural system which the earth can sustain, it's incredibly energy intensive and destructive. Solutions to environmental issues can be messy, but messy steps forward are miles ahead of staying put.

The way forward is to pursue regenerative livestock farming; grazing animals are an important part of soil health, which is being destroyed by industrial crop growth. One problem with the fake meat movement is that a creates a false dichotomy--plants versus animals--when the environmental and ethical issues are complicated and a truly healthy system requires both. Not to mention, fake meats are highly processed yet pale in nutritional value compared to the real thing (good for industry, bad for health). There are many areas where hemp makes sense: industries like paper, clothing, medicine etc. But meat doesn't.

Stop over thinking things.. or go back to living in the middle ages For those of you around the world trying to "save it"....you've already lost". We are all a part of nature and the world will carry on regardless one way or other. In a world that has to many people humankind will survive until a natural disaster ( the exploding sun) takes us all out (or a nuclear disaster on the way). Stop being so precious. Millions of animals have become extinct (we could be next) and this is a continuous process that mankind may try to manipulate but remember you are taking on mother nature ( Good luck with that) ......wether you accept it or not we are all a part of nature as it evolves into nothingness and starts again. If you want to save humankind get rid of religion. Religion based on a god that doesn't exist' (That's why religion requires faith) Religions based on made up doctrines that are continually causing strife amongst peoples. Stop pointing the finger at other people. If YOU really want to save the enviroment ...stop breathing