Skip to content
Home / Health / Does Cannabis Treat Anxiety or Increase It? An In-Depth Look 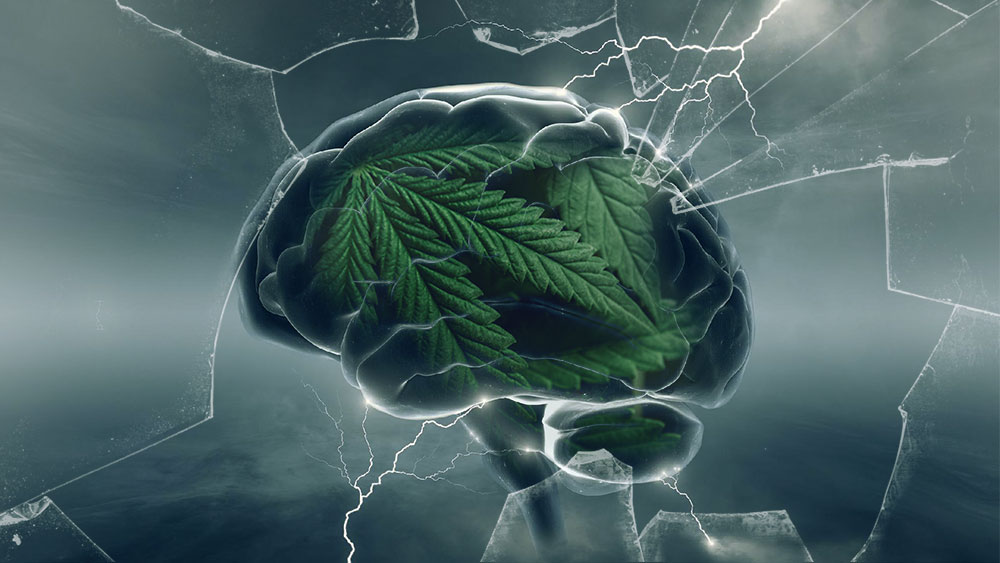 What do you expect when you smoke cannabis? Do you expect to be sent on a relaxed, euphoric journey that carries away from all your life’s worries?

While that is often how cannabis is marketed, I have found from personal experience it doesn’t always go that way. Rather than being in a carefree state, my heart rate increases, my thoughts race and anxiety kicks in, full throttle.

Anxiety is one of the most common mental illnesses in the U.S., affecting up to 40 million American adults every year, or just over 18 per cent of the population, and anxiety is also among the most commonly cited reasons people use cannabis.

However, the science is still coming in on whether cannabis actually is effective in tackling anxiety — and the picture may be more nuanced than we may think.

Read on to learn about how cannabis is related to anxiety, and how it could possibly be used to treat the condition.

How cannabis relates to anxiety

Cannabis effects our body through the endocannabinoid system (ECS) that exists throughout our bodies.

The ECS consists of endocannabinoids and their receptors, and has been found to be key in guarding against fear, anxiety and stress.

Our bodies naturally produce endocannabinoids that attach to receptors called CB1 and CB2 in the ECS.

CB1 receptors have been found to play a key role in anxiety, and are found in high numbers in areas of the brain that assess threats and manage our fear response.

Our endocannabinoids can act like a natural THC, albeit with a much shorter effect. When they bind to CB1 receptors, they decrease our brains’ reactivity to threat.

Cannabis’ components, called cannabinoids, also attach to the CB1 and CB2 receptors after cannabis is consumed, and may help reduce stress and anxiety by rendering the neurons less active.

READ: The Endocannabinoid System: Here’s How it Keeps You Healthy and Happy

However, cannabis seemingly can also cause anxiety, a reaction science still isn’t entirely clear on why it happens.

According to Zach Walsh, an associate professor at University of British Columbia in the Department of Psychology and director of the Therapeutic, Recreational and Problematic Substance Use lab, cannabis’ psychoactive effects can also make it difficult to determine whether it is cannabis itself reacting in the central nervous system and creating more anxiety, or its effects are leading to a panic-like reaction.

“Whether cannabis is primary or secondary to physiological reactions is a little circular,” Walsh said. “It’s probably a feedback loop, where you start to panic then get scared because you feel those panicky symptoms. It can become a vicious circle.”

Symptoms from a cannabis high can exacerbate anxiety, such as a higher heart rate, feelings of paranoia, dizziness or confusion.

READ: Smoking Weed for the First Time? Here Is Everything You Need to Know

The biphasic effect of cannabis

One thing to note when discussing cannabis and anxiety is that cannabis can have a different effect depending on its dosage, according to Walsh.

This is called a biphasic effect, where low doses and high doses can have the opposite effect in users.

A higher dose can increase anxiety while a lower dose can reduce it, and help with sleep and relaxation.

A study by the University of Chicago supports this notion. In the study, they found that with 7.5 mg of THC, users had a mild elevation of mood and sense of well-being, whereas 12.5 mg of THC made users feel anxious.

Walsh says that negative anxiety reactions from cannabis are most common in people who are generally naive to cannabis and may get a larger dose than expected, especially in an edible.

“I think the best advice (for cannabis) is to start low and go slow,” Walsh said. “Start at the lowest dose possible. What we might see is that anxiety can be relieved at doses lower than might be needed to actually get high.”

Your experience may vary

Another reason cannabis’ effect on anxiety can be hard to pinpoint is that it can have a very different reaction depending on the specific person.

“What we’re learning more and more is everyone’s endocannabinoid system is almost like a fingerprint, it is distinct,” Walsh said.

Add in the many different strains of cannabis and their own entourage effects that occur with the varying cannabinoids and terpenes, which are aromatic oils within cannabis, and it makes it difficult to say a general impact cannabis may have.

Cannabis can produce more than 100 terpenes and many offer different therapeutic effects, such as relieving chronic pain or aiding in migraines.

Walsh does say that some terpenes, such as myrcene, have been found to have anti-anxiety effects.

Myrcene is abundant in aromatic plants such as ylang-ylang and thyme, and is also one of the most popular terpenes found in cannabis, according to Leafly.

One strain to consider that is high in myrcene is Harlequin, which also is high in cannabidiol, or CBD, a non-psychoactive cannabinoid that counteracts THC.

The psychoactive paranoia that comes with THC could be one of the factors that leads to anxiety, making CBD-high strains a good way to go.

Bubba Kush is another strain high in myrcene as well as limonene, which has been found to be a potential antidepressant, and could be a potential option to treating anxiety.

Walsh recommends strains that have both CBD and THC because they both have their own therapeutic effects and their combination can balance each other out or create a synergy.

While there is not much research currently on how CBD could be used for anxiety, a study in 2011 done by Neuropsychopharmacology found that CBD could be helpful in tackling social anxiety.

In the study, 24 people with social anxiety disorders received 600 milligrams of CBD or a placebo an hour and a half before doing a simulated public speaking test.

Results revealed that those treated with CBD had significantly reduced anxiety, cognitive impairment and discomfort while participants delivered the speech.

A more recent review in 2015 found that existing preclinical evidence “strongly supports CBD as a treatment for generalized anxiety disorder.”

However, the review does mention few studies have looked into chronic CBD dosing and that the doses being examined are in the 300 to 600 mg per day range, far higher than the typical 25 mg of CBD oil offered in most products.

The review also cited less than a dozen relevant studies done on humans.

Similar to cannabis’ biphasic effect, the effects of CBD may work on a bell-curve, a Frontiers of Pharmacology study suggested. It found that anxiety was lowered before a public speaking test with 300 mg doses but not 100 or 900 mg doses.

While those doses may seem very high, a study published last month in The Permanente Journal found 25 mg of CBD helped 57 of 72 adults, or 79.2 per cent, decrease their anxiety, and the lower doses were well tolerated in all but three of the patients and appeared to elicit an adequate clinical response, according the study.

However, the results should be taken cautiously considering it was “open label,” meaning participants knew what they were taking, and there was no comparison group.

More research is still yet to be done, Walsh says, since a lot of information currently is based on anecdotal observation and animal studies.

Luckily, a lot of research is being done across Canada currently, according to Walsh, since legalization has opened the door to such studies.

“There really is a resurgence in cannabis research,” Walsh said. “I think we’ll know more in 5-10 years when these studies are wrapping up. They’re just getting started right now.”

Cannabis not a cure-all

However, Walsh warns not to think of cannabis as a magical drug that can cure your anxiety.

“We have to be careful not to make cannabis a gold standard but compare it to existing treatment we have for anxiety,” he said.

Among those existing treatments are medications such as benzodiazepine, which has its own negative side effects and a risk of overdose.

In 2015, over 8,000 Americans died by overdosing on benzodiazepines.

Walsh says cannabis may stack up well against it given it does not have a risk of overdose and less severe side effects.

Overall, Walsh thinks cannabis may not be a first-line treatment to rid yourself of anxiety, but could be used to treat its symptoms and recommends people to talk to their physician if considering cannabis as treatment.

“If you think cannabis will work on its own without changing anything else, I don’t think you’ll see the long-term effects that are associated with increased quality of life,” he said. “Don’t cancel out looking at behavioural ways to reduce anxiety, things like meditation, exercise. Look at how cannabis could be integrated with that.”

1 thought on “Does Cannabis Treat Anxiety or Increase It? An In-Depth Look”