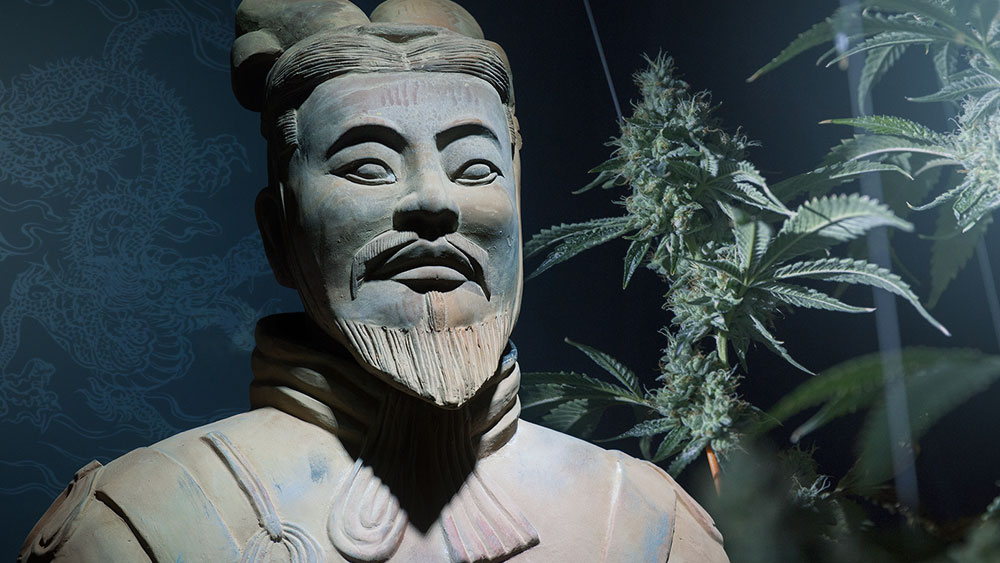 Evidence of the earliest known use of cannabis for its psychoactive effects in human history was found at a 2,500-year-old burial site in western China, according to a new study.

The study, published Wednesday in the journal Science Advances, details the discovery of 10 wooden bowls with burn marks at a burial site called Jirzankal cemetery, located 3,000 metres high in the Pamir Mountains.

Using a process called gas chromatography-mass spectrometry, a team of researchers from China and Germany found that nine out of the 10 bowls had the same chemical signature as cannabis.

This cannabis had unusually high levels of the psychoactive compound tetrahydrocannabinol (THC) compared to typical wild cannabis or cannabis discovered at other burial sites.

The researchers concluded that the cannabis was likely used, and potentially bred, for its mind-altering effects.

Rather than smoking a joint or using a pipe, the ancient people likely inhaled cannabis as vapour after it was burned on hot stones inside the wooden bowls in an enclosed space.

The site also contained human skeletons that had fatal cuts and breaks in several bones, which the excavators interpret as signs of human sacrifice, and an angular harp that the study says is an important musical instrument in ancient funerals and sacrificial ceremonies.

These findings led the researchers to believe the cannabis was used in burial ceremonies to possibly communicate with spirits or the dead.

“We can start to piece together an image of funerary rites that include flames, rhythmic music and hallucinogen smoke, all intended to guide people into an altered state of mind,” the study says.

It is unclear whether the cannabis was bred for high THC or grew naturally like that, but the site’s high elevation may have caused wild strains of cannabis to have higher levels of THC, according to the study.

The site was also an important crossroads that connected Central Asia and China with southwest Asia, which could have caused the hybridization of cannabis strains from different areas.

“It’s a wonderful example of how closely intertwined humans are and have been with the biotic world around them, and that they impose evolutionary pressures on the plants around them,” study co-author Robert Spendgler told National Geographic.

Cannabis plants have been cultivated in East Asia since at least 4,000 B.C. but were mainly used for their oily seeds and fiber, rather than to get high.

Previously, the oldest mention of cannabis for its psychoactive effects was found in an ancient text from the ancient Greek historian Herodotus.

Herodotus wrote around 440 B.C. that a nomadic people called the Scythians living in the Caspian region would inhale cannabis smoke in a tent as the plant was burned in bowls with hot stones.

The discovery at Jirzankal is the first direct evidence, though, that early humans inhaled cannabis for its psychoactive effects. 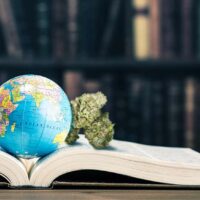 Where Did Marijuana Originate From?

Such a cool fact, but I guess this was commong usage long before this. I wonder if they ever do edibles too, or if they have at some point use superstition to scare people to use them, before laws.