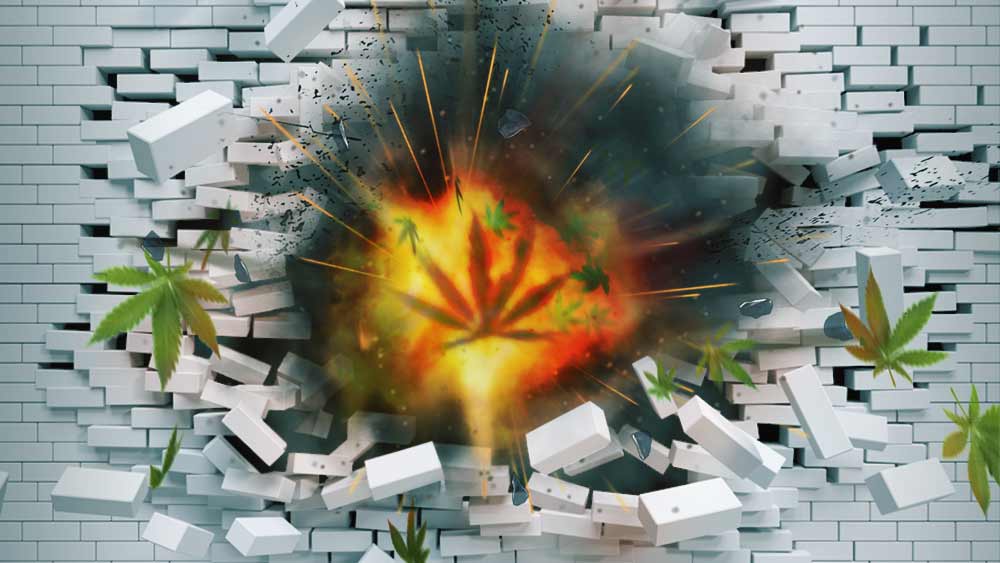 Authorities in California launched an investigation into the explosion that occurred at Smoke Tokes in downtown Los Angeles over the weekend.

Smoke Tokes, whose warehouse and distribution center are located in L.A.’s Toy District, is a distributor and wholesaler of smoking and vaping products.

Last Saturday, firefighters were called to the scene of the warehouse after a fire broke out around 6:00 pm local time. After realizing the possibility of an explosion occurring at the location, firefighters moved to evacuate the building. However, 11 of them were injured as the blaze engulfed parts of the warehouse.

Eventually, over 160 firefighters grappled to contain the massive fire for over two hours.

Butane gas appears to be culprit

The explosion is currently believed to have been caused by butane. Although still unconfirmed, it appears the location could have been used for the production of butane hash oil, also known as honey oil, which is used in vapes, waxes and edibles. Canisters of the highly flammable butane gas were found at the scene, according to fire officials.

NBC News reported that the L.A. police and fire departments were joined by the federal Bureau of Alcohol, Tobacco, Firearms and Explosives in probing the incident.

Meanwhile, it also emerged that Smoke Tokes apparently has no license for the manufacturing of cannabis concentrates. In fact, Los Angeles officials told NBC News there are no city records related to the company.

Speaking to LAist, Captain Erik Scott, the spokesman for the Los Angeles Fire Department, said that the fire was “one of the most significant incidents that our department has gone to in recent history.”

Interestingly, this isn’t the first fire that took place at Smoke Tokes. Back in 2016, a fire erupted at the Smoke Tokes store in Little Tokyo, near the location of Saturday’s blaze.

During the 2016 fire, firefighters “forced entry into Smoke Tokes,” where they found “intense fire in dense and highly flammable storage that included pressurized flammable gas cylinders, several of which were heard to explode.” Investigators will be looking at both incidents as part of the probe.

All of the firefighters injured in the blaze are expected to make a full recovery.