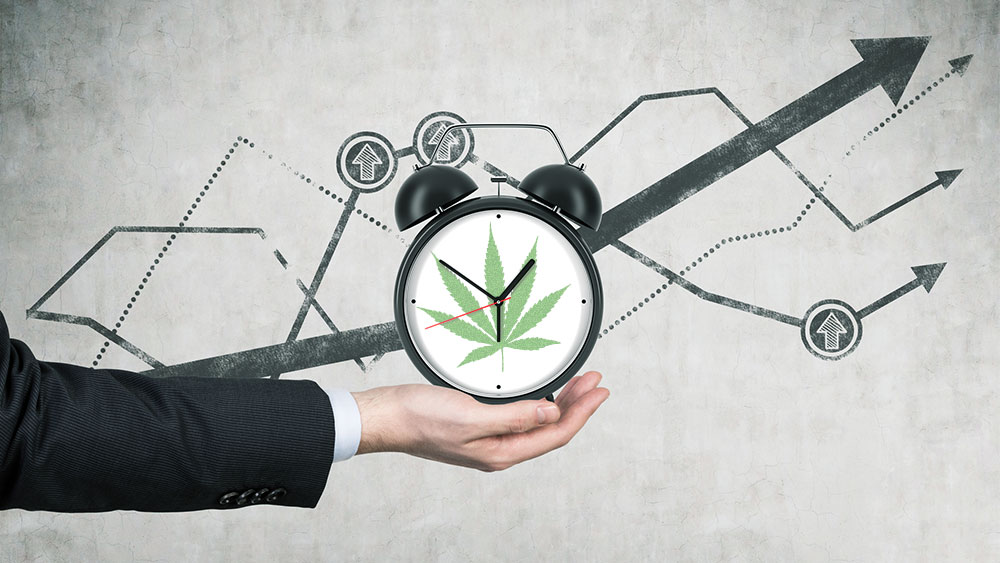 Canada is one of the few countries in the world with legal cannabis, an expertly organized medical program, and a promising recreational market that is soon to be initiated. But what was the journey like?

It’s safe to say that cannabis made a full circle in Canada in less than a 100 years.

It was outlawed after the Director of the Federal Division of Narcotic Control returned from League of Nations meetings where the international control of the drug was discussed.

At that time the League of Nations was the predecessor of the United Nations organization.

Industrial hemp was also thrown aside as it was seen to be equally as bad as cannabis itself.

Nearly 15 years after it was outlawed, the first seizures of cannabis started happening in Canada.

Just like in the United States, the popularity of cannabis started growing in the ’70s and ’80s with the help of the hippy movement.

Cannabis use in Canada increased significantly during the ’90s, which also coincides with the second wave of cocaine popularity and the introduction of amphetamines such as speed, MDMA,  and similar uppers.

The biggest increase in cannabis consumption happened in Ontario between 1996 and 2000, as statistics indicate that use among 18-29 year olds increased from 18% to 28%.

After a couple major court victories the federal government worked with the people of Canada on establishing the universal medical marijuana system which after a lot of reform turned into the ACMPR.

Another 15 years later and the PM of Canada, Justin Trudeau, announced that Canada will have legal cannabis for personal use by the end of his term no matter what.

History of cannabis in Canada visualized

Some of us just aren’t that good with remembering years and numbers, which is why today we’ve got something special just for you.

You can familiarize yourself with the good and bad days of cannabis in Canada on the infographic below, which takes you on a journey from 1923 and the age of prohibition to modern times, where we expect to welcome recreational cannabis on our shelves in just several months. 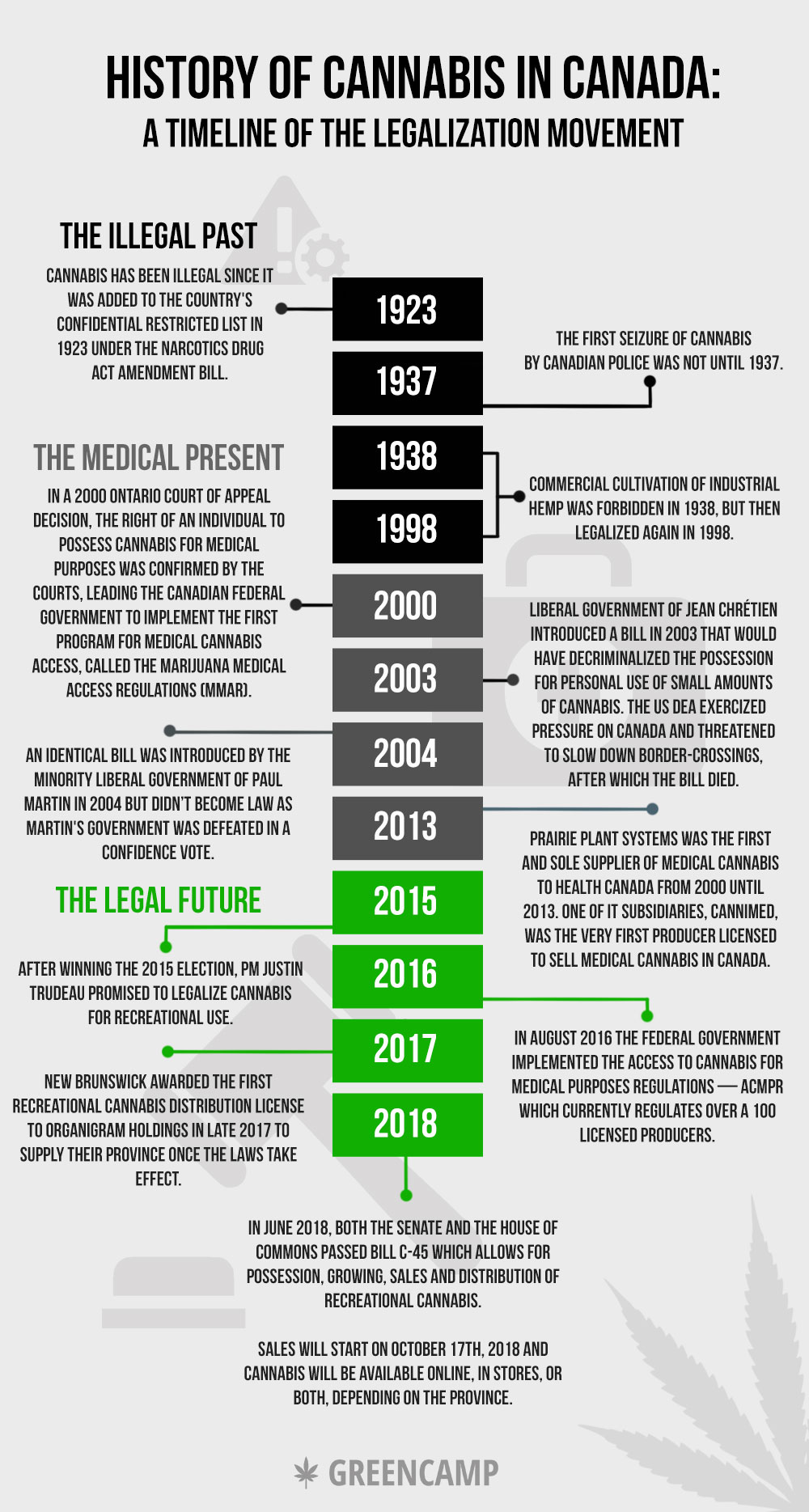 Just a quick Grammar Lesson doll... "Experienced cannabis user that..."SHOULD be: "Experienced user WHO..." as you are speaking about the "Experienced user". Just an FYI my sweet friend... Thank you otherwise for a great timeline. Am taking it with me to my Public Speaking Event in London, Ontario, Canada tonite! #TOGETHERWeWILL Respectfully, Alison Myrden​ xx Federal Medical Cannabis Exemptee in Canada since 1994 http://www.AlisonMyrden.com/ Retired Law Enforcement Officer Speaker for LPP Lawmen Protecting Patients http://www.lawmenpro.org/Lawmenpro/LPP_MAIN.html Canadian Patient Representative for the IACM International Association for Cannabinoid Medicines http://www.cannabis-med.org Bonn, Germany Alison Myrden is part of the marijuana majority. Are you? http://www.MarijuanaMajority.com/ NDP Candidate for Oakville, Ontario 2004 New Democratic Party of Canada http://www.ndp.ca

Thanks for the correction Alison! :D

Great infographic. May I ask what software you use?

I assume it was made with Photoshop :)

"Canada is one of the few countries in the world with fully legal cannabis" This is misleading. The laws don't take effect until October and "fully legalized" is not accurate. It will be a controlled substance with possession limitations and government regulated, require a licence to sell or distribute it. Fully legalized would certainly be different. Can't come to canada and start a weed farm willy nilly!

fully legalized in the sense of both medical and recreational purposes. People will be allowed to grow it in their homes. I'd say that's pretty close to fully legal. I think that your definition of fully legal is at question here Jack, from what I see you equalize fully legal with weed anarchism, which is not what I said.

Remove the word "fully" and I will agree with you ;)