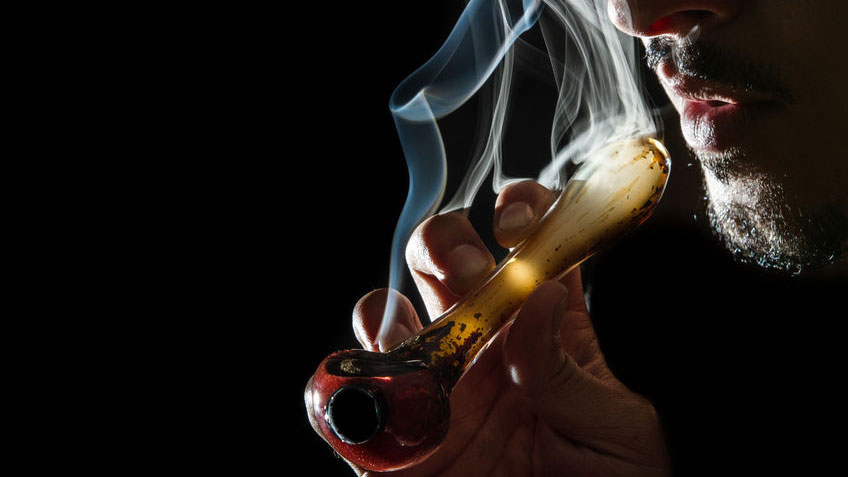 Pipes have been a part of the cannabis culture for almost as long as there is one.

In the modern era of cannabis, pipes are perhaps one of the most common ways of smoking weed.

This guide will teach you how to make a pipe in 10 different methods and from various materials – such as plastic, wood, fruit, and more.

In general, there are 2 types of pipes, depending on the materials the pipe is made of:

It would be a smart idea to always keep a couple of clean metal pipe bowls around the house which you can get at almost every weed supply store. If you don’t know what those are you can see examples on the image below.

These will come in handy a lot of times when you want to make a makeshift pipe and they help you turn almost anything into a pipe with just a little effort. 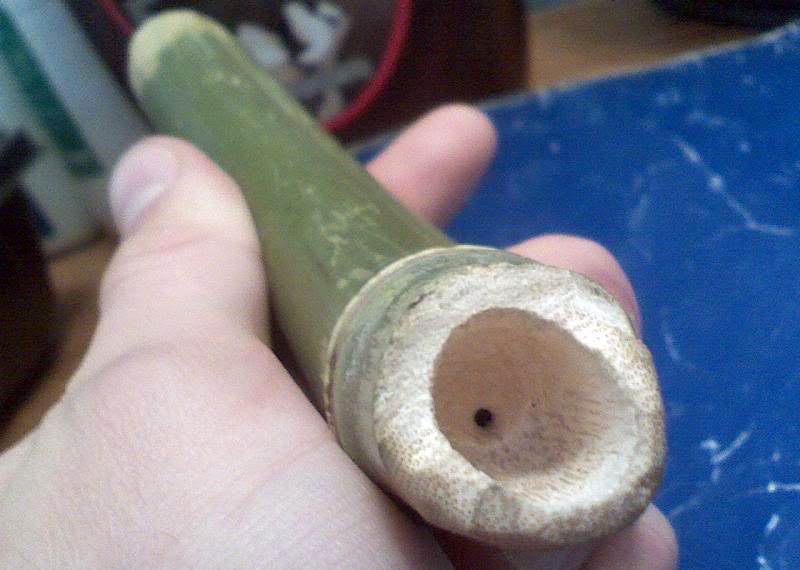 If you can find a thin piece of bamboo (about 2 inches wide) cut it up so that one end is plugged by the sort-of wood membrane bamboo has, and the other end cleanly cut off — as this will be the mouthpiece.

Drill or cut a ½ inch (1.5 cm) hole on the opposite end and use the remaining pieces of the bamboo stick to carve a small bowl for your pipe which you will then fit in the hole you just made.

You should use an even thinner piece of bamboo, preferably one with the wood membrane on the thin end of the stick which will serve as protection against ashe going in your mouth.

All you need to make is a very tiny hole on that membrane and try not to break it completely. If it does break it will still do a fine job at protecting against ashe as long as there are tiny pieces of the membrane left.

Take a used toilet paper roll and make 2 or 3 holes on one end of it, and cover that end with a thick cloth and a rubber band over it. The holes you just made will be the place where you will insert your joints or blunts.

The opposite end will be your mouthpiece, which is a bit wider than usual, but think about it as a sort of a homemade steam roller. You can press the cloth end while taking a drag for an enhanced and bigger hit. 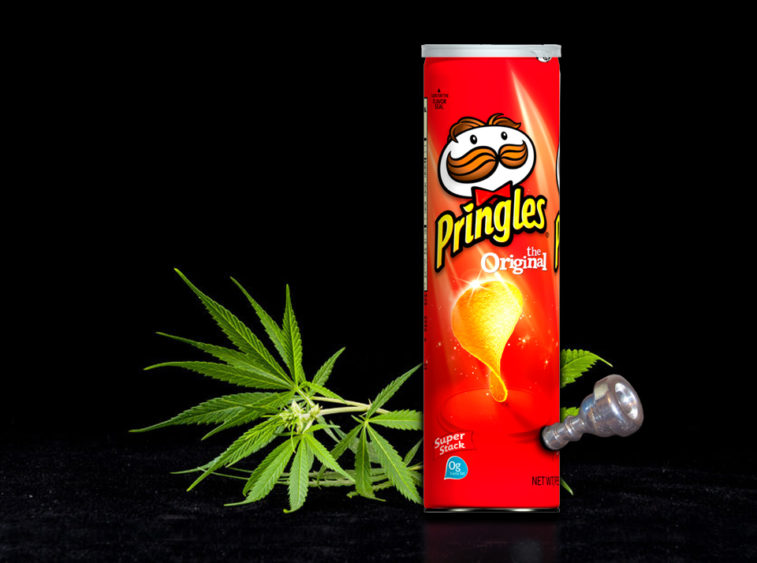 This is pretty much the same deal as The Toilet Bowl, except for the cloth part, as you don’t have to plug on end. All you have to do is drill a couple holes for your joints to stick ‘em in and pull.

The other way to do this is by making an inch wide hole on the bottom part of the Pringles box and put some aluminum foil in the hole and stick the end of the aluminum outside the hole with some tape, most commonly used is the gray duct tape.

It’s important that you do this right and don’t be afraid to use a bit more foil. If you don’t do this part right the tape might melt and then your pipe might get ruined.

Alright so this basically boils down to the same thing with most of the smokable fruits and vegetables  – take a pencil shove it all the way through the long part of the fruit.

This will act as the main tube for the smoke to come in.

Then, make another 2 holes that are perpendicular to the tube, and connect them so that smoke may go through. Congrats you just made the bowl and an air vent.

Make a little indent on the place where the bowl is and widen it a bit and start packing that sticky icky. Using a store-bought metal bowl can be a great way to enhance these pipes and make them easier to smoke from.

This method works, as I previously said, on a number of fruits and vegetables such as avocados, pears, melons, watermelons, giant strawberries (yes, we saw and tried them – dope.), bananas, cucumbers, leeks and lots of others. 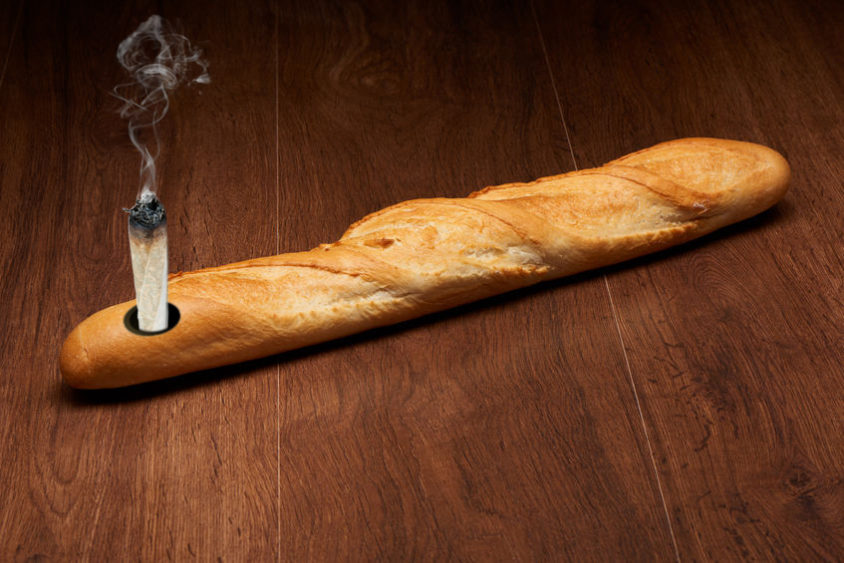 Are you a baguette fan? Baguettes are a common item across France, some parts of Canada and almost every bakery and pastry shop.

Grab a pencil or a chopstick if you have and drill a hole from one of the pointy ends of the baguette. At the end of that tube drill another smaller hole for your joint or a metal bowl.

Stick a joint in that hole and puff on your baguette like a French gangsta. Heads up – it might taste a bit toasty. 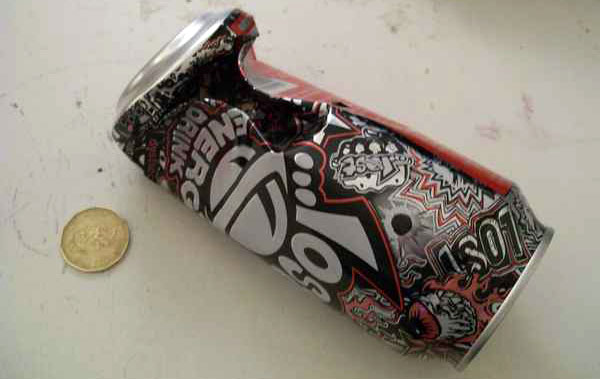 Soda cans are even easier to turn into a pipe than a plastic water bottle. Push the can on two sides near the bottom in so you make a little indentation, and then pierce the indented part with a needle or pen so you make a little grill. The grill will hold you weed in place and not let any ashe or weed fly into your mouth while hitting it. Make a hole above it for a little ventilation and easier hitting and you should be ready to light it up!

Do you know any great ways of making a pipe from ordinary items such as a pen or a soda can?

Do you think we missed some great ideas for a makeshift pipe?

Feel free to let us know down in the comment section and we will be happy to write a second part of this article. 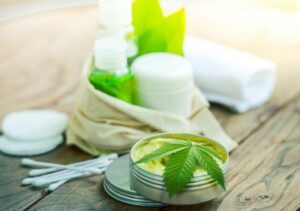 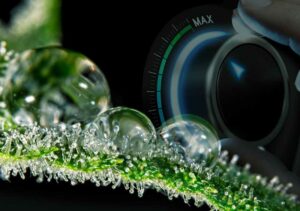 How to Increase Trichome Production?

Tremendous ways of creating pipes in order to make the smoking fabulous and enjoyable. Like the ideas shared here very much. A complete guide of smoking marijuana with several types of pipes.

You can take mesh smoking screen, press it into a regular smoking pipe, remove filter,load it and enjoy. I have one I've had since High School & it still works for me. To clean, remove the mouth piece & screen, soak your [email protected] (alcohol or lighter fluid), clean theroghly , take a lighter w/I mouth piece (to rid alcohol or lighter fluid), assemble back together, replace screen, ENJOY!!!

You are very welcome!

Easter blessing: Hollow chocolate bunny and hersheys kiss. Nibble top of bunny for mouth piece, poke hole in belly, eat hershey kiss and use wrapper as bowl. Smoke and munchies all in one!

You can also use a banana if you happen to have one. Cut either end off, then pierce it through with a pen the way you would the apple pipe. Then, a wedge out half way down the channel, allowing you to insert a bowl made of foil or the like. Finally, use the pen to puncture a hole at the end of your channel to use as a carb. Works better with straighter ones. This has an advantage over the apple in that it's easier to clean out the holes you make, since the banana is much softer inside. The banana also soaks up the excess smoke relatively quickly so you can eat it afterwards for an extra boost.

Hey, I prefer to use a highlighter or marker it’s relatively quick to make!!! Just remove the ink cartridge and the tip of the marker and make a hole near the back. Insert your socket and smoke away!! MAKE SURE YOU DON’T LOSE THE CAP FOR THR BACK OF THR MARKER!!!!! The caps acts as the shotgun and if you lose the cap you will have to use your finger and it takes away the disguise!!!

Hi. I've used a number 12 socket and a Fisher plug that fits in the square end with duct tape around the join to secure and seal. A bit of foil with holes pricked in can be used in the socket to prevent getting it all in your mouth. Works well, but the build up of tar is quick. Thanks for all your ideas.

Pretzel Rod. Bite off each end. Hollow out one end for a bowl and use it like a one hitter. Odd as it sounds, it actually works great.

So I heard that if you take a stick, run a long thin drill bit through it, then use a larger drill bit, you can make it into a quick bat or pipe if you drill from the top with a thin bit then the larger one in that order.