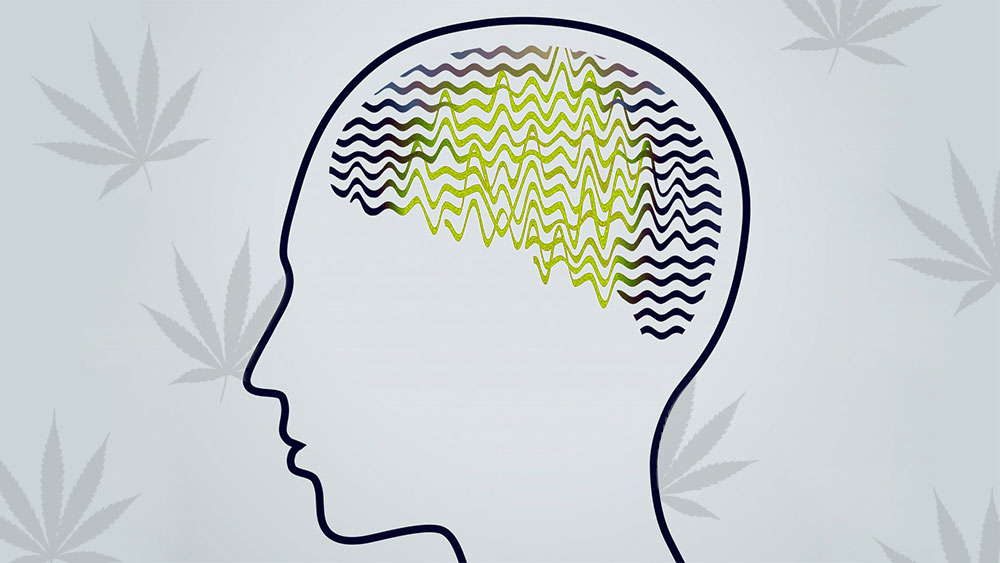 Epilepsy is a broad term for neurological disorders that are characterized by recurring episodes of seizures.

The types of seizures that patients experience can vary from very short and subtle in intensity, to forceful and violent convulsions that can last for hours on end.

In severe cases, it’s not unusual for sufferers to sustain physical injuries from seizures, and the duration and frequency of these attacks can be really detrimental for the patient’s quality of life.

The seizures themselves ​can be ​caused by numerous factors, including brain injuries, tumors and infections. ​Unfortunately, for the majority of patients with epilepsy, the cause of the disease remains unknown.

Epilepsy affects around 1% of the world’s population, and around 30% of the cases are still untreatable.

How cannabis may reduce seizure activity

The primary function of our endocannabinoid system is to keep all important systems of the body in balance. This equilibrium of various elements, which work separately but are interconnected, is called homeostasis.

The ECS helps to maintain homeostasis through the body’s own cannabinoids (called endocannabinoids, which are very similar in structure to the compounds found uniquely in cannabis – cannabinoids like THC and CBD).

The endocannabinoids trigger cell receptors of the ECS which are found throughout our body (located in the brain, spinal cord, vital and reproductive organs), and they work to return our system to the state of homeostasis.

When our body’s equilibrium is so far out of balance and our endocannabinoids are unable to return it to normal, this is where cannabinoids from cannabis may come into play.

They access the ECS in the same fashion as the endocannabinoids do (because of their structural similarity), and basically help the endocannabinoid system to return the body back to a normal healthy state, in a completely natural and healthy way.

This study from 2017 (1) was performed on rodents, and showed that the endocannabinoid system plays a primary role in the mammalian brain’s internal defense response to neural seizure activity.

In medial temporal lobe epilepsy, which is one of the most frequent forms of this disorder, the hippocampus (part of the brain in charge of the emotions and memory encryption) suffers unwanted changes, and the abnormally active neurons of the hippocampus create an excitatory electric loop, directly causing epileptic seizures.

A study from 2014 (2) found that plant-based cannabinoids protect normal neurons within the hippocampus, and lessen the activity of abnormal ones, and by doing this diminish the severity and frequency of the convulsions.

In a separate study where acute epilepsy was observed on animals, the researchers found that the quantity of the endocannabinoids anandamide and 2-AG was drastically increased once the seizures started, meaning they get created on demand because of the epileptic episode that took place.

Anandamide and 2-AG activate the CB1 receptors (there are only two types of cannabinoid receptors identified so far, CB1 and CB2), which when activated, lessen the severity of a seizure.

The team added that the animals who acutely suffer from epilepsy also have a larger amount of CB1 receptors, and these additional receptors in combination with the endocannabinoids work together to alleviate the intensity of the seizures.

Analyzing a different type of epilepsy (refractory seizures), the study from 2003 (3) found that THC (or tetrahydrocannabinol), completely stopped seizure activity in lab rats.

The conventional anticonvulsant medications Phenobarbital and Phenytoin (even at maximal doses), weren’t able to lessen seizure activity, which shows the amazing potential of this cannabinoid against refractory epilepsy.

The central nervous system has a large number of cannabinoid receptors, but even though the science still doesn’t fully understand how cannabinoids create their anti-seizure effects, there are several solid hypotheses.

What is the best cannabinoid for epilepsy?

As previously mentioned, because of the large number of different epileptic seizure types, and because of the difference between individuals and their unique chemistry, there’s no simple answer to this question.

Some scientists are adamant (4) that the best possible option for the biggest percentage of epilepsy patients is using everything the cannabis plant has to offer, because consuming all elements from cannabis at the same time causes what’s called the “entourage effect”, where the all the cannabinoids and terpenes of that particular strain work to achieve the absolute health-boosting potential.

Even though this topic remains unresearched, a cannabis flower contains many other cannabinoids other than just THC and CBD, and the exact function and possible benefits of the majority of these cannabinoids is unfortunately still unknown.

The other cannabinoids are found in much smaller quantities than tetrahydrocannabinol and cannabidiol, but are nonetheless a valuable part of the plant.

The exact cannabinoid formula for each specific kind of epilepsy remains elusive, but the scientific evidence so far suggests that finding it is only a question of time.

Cannabidiol is a non-psychotropic chemical compound unique to cannabis, which is responsible for a wide range of medical benefits.

CBD is a very helpful compound for many epilepsy patients, although for some its benefits are minimal. The anticonvulsive effects of CBD are produced from several different molecular pathways.

Cannabidiol intensifies GABA receptors and lessens the activity of NMDA receptors. It is also capable of stabilizing ion channels, and has neuroprotective and anti-inflammatory qualities. (5)

CBD’s molecular cousin CBDV (or cannabidivarin) also seems to lessen seizures, and one study pointed out that CBDV is most efficient when consumed together with CBD.  (6)

Don’t know how much CBD to take? Download Droppy – the app that calculates your perfect CBD dosage.

A pharmaceutical company from the United Kingdom is having remarkable success with their plant-based 99% CBD cannabis medicine for epilepsy, called Epidiolex.

GW Pharmaceuticals was given a green light by the US Food and Drug Administration to perform a limited “compassionate use” clinical trial on Epidiolex.

The open-label study (7) (which is a non-placebo type of study) was conducted with 214 patients (2 to 26 years old, average age of the patients was 11 years) who were given Epidiolex for 12 weeks.

All the participants of the study had epilepsy which didn’t respond to any conventional treatments.

The results of the study showed that:

Three gold-standard (double blind, placebo controlled) studies on the same CBD drug were conducted for more severe types of epilepsy – two trials studied (8) the effects of Epidiolex in adults and children with Lennox-Gastaut syndrome, and one study (9) tested its effects in children with Dravet syndrome.

For patients with Lennox-Gastaut syndrome, the studies revealed that Epidiolex was responsible for:

A decrease in seizures activity by more than 40%, while the placebo group showed less than a 20% reduction in seizures.

An approximate 40% decrease of convulsive seizures, with the placebo group having only a 17% reduction.

Placebos can have powerful effects, but nonetheless these studies proved that CBD acts as a significant treatment method for several epileptic varieties.

THC and THCA for epilepsy

Even though cannabidiol works much better for epilepsy for most patients, in this 2014 study (10) tetrahydrocannabinol also showed some promising results. Regrettably for some patients it can have the opposite effect, acting as a proconvulsant, meaning it can create seizures.

Because of this is very important to carefully consider all the options in order to figure out what compound (and exact strain) of cannabis suits your personal needs best.

THCA, the raw uncarboxylated form of THC also shows some anticonvulsant characteristics (11), and because it’s completely non-psychoactive like CBD, it can be a viable treatment method for children suffering from this disorder. 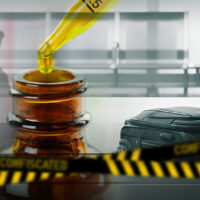 On a somewhat separate note, one of the terpenes found in cannabis also showed seizure stopping abilities. Alpha-linalool (12) exerts this quality in the study from 1999, and the researchers add that it functions best when combined with cannabinoids.

Another very important part of this complex narrative is the story of Charlotte Figi, whose life was saved with a potent CBD strain that was designed specifically for her.

Charlotte first started experiencing severe seizures when she was just 3 months old, and the number and intensity of these attacks became worse as she got older.

By the age of two, the seizures were happening frequently and lasted continuously for hours on end, and her family started seeing a decline in her cognitive abilities.

By the time she was three, Charlotte was no longer able to walk, talk or eat by herself. The seizures she experienced were so intense that her heart stopped working on several occasions, and her doctors put her in a medically induced coma to allow her body to rest from these excruciating episodes.

Charlotte was diagnosed with Dravet syndrome, a very serious form of epilepsy which is very difficult to control. The commonly used anti-seizure medications are not only ineffective but can also have dangerous side-effects.

Disappointed by the lack of conventional options her parents found a case online of a child who also had Dravet syndrome, and who was greatly aided by medicinal cannabis.

Compared to many seizure medications, CBD is much safer for use in small children, with the only common side effects being nausea and dizziness.

They decided to get in touch with the Stanley brothers, who own and run a medical dispensary in Colorado. The brothers were developing a new strain of cannabis at the time, which had minimal levels of THC, and was very rich in the non-psychotropic cannabinoid CBD.

Using CBD oil, Charlotte Figi went from being constantly attacked by severe seizures to having just a few per month.

If you’d like to know more about this inspiring story, I strongly suggest you watch this wonderful TED lecture with Josh Stanley, one of the Stanley brothers who developed the Charlotte’s Web strain.

In this additional video you can hear from Charlotte’s parents about their experiences and thoughts on CBD treatment:

Further scientific breakthroughs are still definitely needed, but looking at the existing body of evidence it becomes apparent that CBD is a promising treatment for epilepsy.

A deeper understanding of its mechanisms will surely liberate more people from the clutches of this devastating condition.

Thank you Marco for your wonderful help in many ways. We appreciate you.

This was very inspiring and informative also promising

I have a dog who has seizures atleast 3 times a months, Im a true believer on Cbd oil my dog is about 20 to 25 lbs. I had him since he was 8weeks old 9yrs. What would you recommend How much do I give him? He is not on any medication.

Hey Patty, you should check out our CBD for dogs article, you'll find the dosing info in it. I'd suggest either the low or medium dose for this particular seizure frequency. Here it is - https://greencamp.com/cbd-for-dogs/

Hi Marco I found your article so informative and marvelous. I wish you could share with us more in future, keep sharing such amazing content. Regards MyFloridaGreen