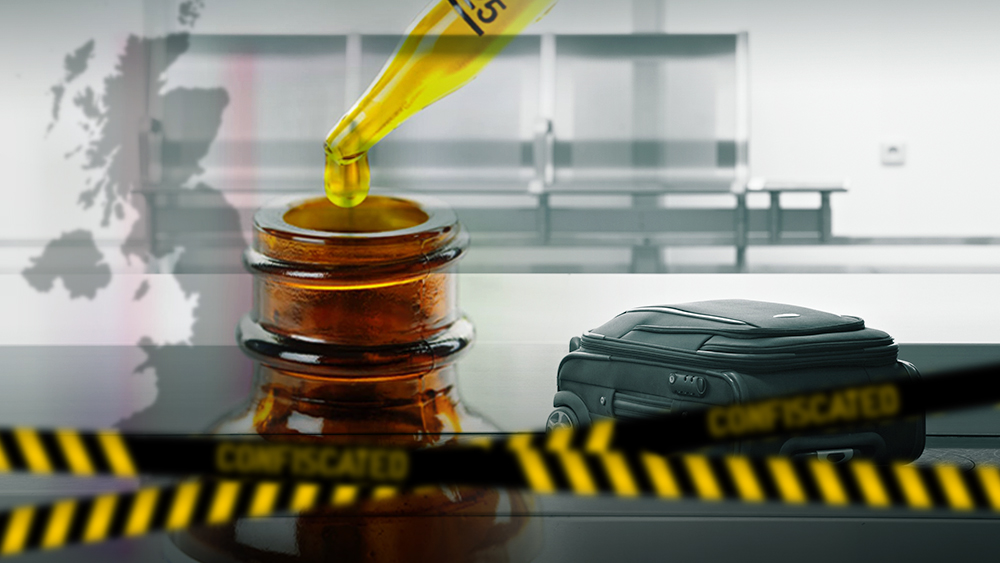 Indie-Rose Clarry suffers from Dravet syndrome, a rare genetic epileptic dysfunction of the brain, and has been using the cannabis-based treatment over the past 14 months.

Returning from the Netherlands last week, her medicine was confiscated by the authorities, despite having a prescription from her UK doctor.

Her mother Tannine Montgomery stocks up on the oil abroad where it is significantly cheaper, claiming that it helps her daughter against seizures and panic attacks.

“Seizing this medicine is condemning my lovely daughter to becoming comatose, wracked by seizures and to be at high risk of an unnecessary death. For the love of God, this medicine is legal in the UK and I have a full lawful UK prescription for it,” Montgomery added, urging Health Secretary Matt Hancock to “sort this crisis out.”

Montgomery says border officials have previously allowed her to carry the medicine into the country.

Meanwhile, as parents face difficulties importing potentially life-saving cannabis medications, a group of British MP’s now predicts the UK will fully legalize marijuana within five years after having traveled to Canada on a “fact-finding mission.”

The trio’s visit to Canada, where cannabis was legalized last year, was partly funded by the American cannabis company MPX Bioceutical, and resulted in a notable shift in one of the lawmakers’ stances on the issue.

“I want the market legalized, regulated and taken away from crime gangs,” Lammy stated following his return from Toronto, breaking away from his party’s official position.

“I want to see the strength of the stuff reduced, labelled and properly organised in this country,” added the Tottenham Member of Parliament, who believes cannabis will be legalized in the next 5 years.

On the other hand, Djanogly estimated legalization could take up to 15 years. “I think we have got a lot to learn before the legalization of recreational cannabis, which I think will happen at some point,” he explained.

Earlier this month, a survey commissioned by the Conservative Drug Policy Reform Group (CDPRG) revealed that nearly half of Britons support the legalization of cannabis.

Cannabis is classified as a Class B drug in the UK under the Misuse of Drugs Act of 1971, making the unlicensed possession, use and distribution illegal with a maximum penalty of up to 14 years in prison.