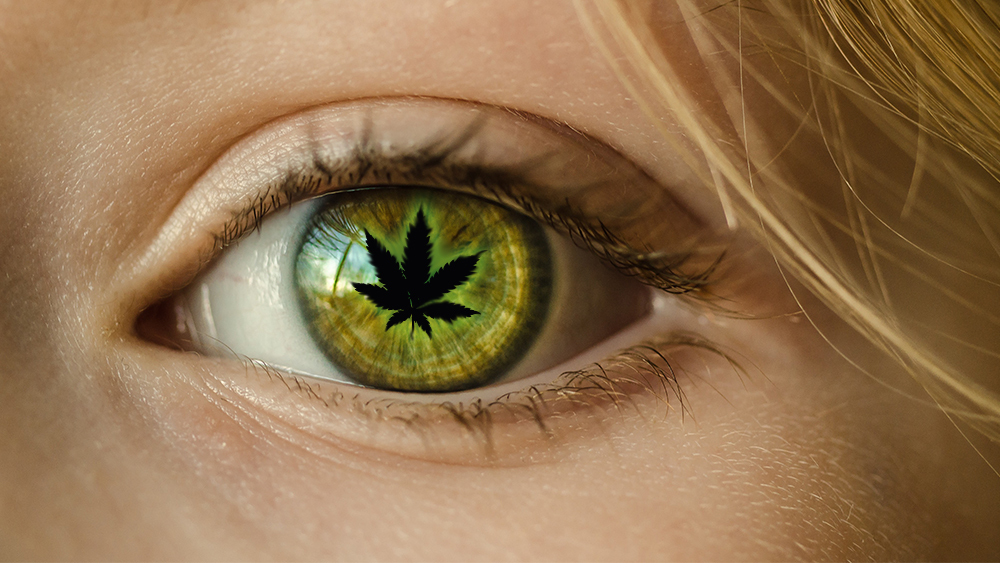 Glaucoma is a degenerative nerve disorder which can lead to loss of vision and permanent blindness. Fortunately, it seems that cannabis can help. Here’s how.

According to the statistics, over 60 million people around the world suffer from glaucoma caused by high eye pressure. (1)

Unfortunately, as much as 10% of patients who are treated end up losing their vision in the long term.

Glaucoma is not curable. There are a few ways to slow down its progress, but there is still no permanent solution.

One of the most common natural remedies for glaucoma is medical marijuana.

Although some medical experts still doubt it, anecdotal evidence and, increasingly, the clinical research show that cannabis has great potential in treating glaucoma.

So, if you are suffering from high eye pressure and glaucoma, this article will help you understand your disease and how you can treat it with cannabis.

Glaucoma is an eye condition caused by increased pressure in the front of an eye, which gradually damages the optic nerve.

This is called intraocular pressure (IOP) or commonly known as high eye pressure and is one of the main causes of glaucoma.

The damage to the optic nerve impairs vision, including loss of eyesight and even complete blindness. Each eye has only one eye nerve, so we need to keep it safe.

For people over 60, glaucoma is the second leading cause of blindness.

There are, of course, other factors that can cause glaucoma: Genetics (if someone from your family has a history of the condition), migraines, high blood pressure and obesity.

Next, there are three most common types of Glaucoma:

As is the case in all diseases, if it’s diagnosed early, there is hope and it can be slowed down significantly.

However, diagnosing glaucoma early is very difficult, as it usually starts showing symptoms in later stages.

Some common glaucoma symptoms are:

How is glaucoma treated?

Unfortunately, most people get an eye exam when it’s too late, so the majority of glaucoma treatment is only focused on slowing down the loss of vision.

There are three types of treatment available today:

Usually, ophthalmologists recommend combined treatment, since neither one by itself can provide enough results.

Glaucoma is an eye condition caused by high ocular pressure which can cause damage to the optic nerve.

A new hope: The science on marijuana and glaucoma 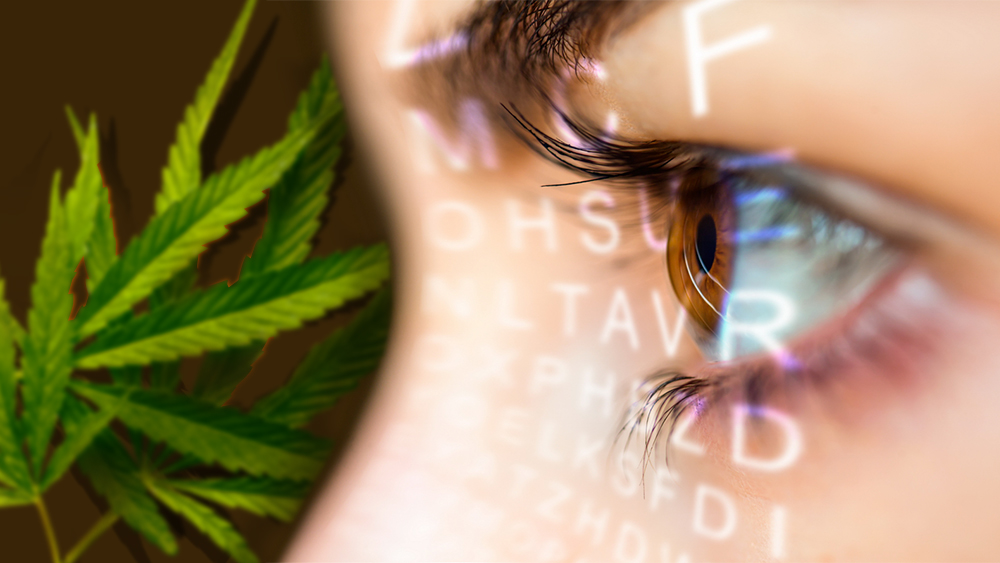 The research on marijuana and glaucoma began back in the 1970s when it was first noticed how compounds found in cannabis can decrease eye pressure by 25-30%. (2)

This triggered further research from the scientific community, so the US National Eye Institute immediately funded 6-year research.

Their research discovered that some marijuana derivatives are very effective in lowering the optic pressure when smoked or ingested orally (Greencamp Fudgebuds, anyone?)

Also, multiple studies over the years have found that THC is successful at dropping the IOP. In these cases, the eye pressure would start dropping after 30 minutes, reaching its maximum effect in approximately one hour.

In a paper written in 2005, the authors describe a case of a postoperative glaucoma patient that was not responding well to conventional treatment. They gave her cannabis, in the form of edibles and joints to try and treat the IOP.

The paper concluded that the IOP was apparently well controlled by orally administered THC, with no further loss of vision. (3)

A number of studies found that applying THC directly into the eye drops intraocular pressure.

Up until recently, science was not able to give us the answer to this question.

With the discovery of the endocannabinoid system (ECS), things have changed.

As it turns out, humans have a network of cellular receptors and activators that regulate different physiological processes in the body.

Compounds found in cannabis are molecularly similar to these activators. They fit into the receptors and thus regulate several processes (if the dosage is right).

One group of these receptors is located in eye tissues, implying a direct involvement of the ECS on intraocular pressure.

Cannabinoids seem to protect the optic nerve from further damage.

The only downside to this is that the effect of marijuana on IOP lasts for about 3-4 hours, after which the patient would need to re-administer.

There are some other concerns when it comes to marijuana treatment of glaucoma, so ophthalmologists avoid recommending it, especially in the early stages.

As it turns out, the best way to treat glaucoma is to keep the IOP constantly low. That means that marijuana should be taken constantly (or every 4 hours).

However, if the pressure is not kept low all the time, complications can arise and you can end up doing more harm than good.

Patients who are constantly medicated with marijuana are not allowed to drive or operate heavy machinery and probably most of them would have difficulties performing everyday activities, such as work.

Endocannabinoid receptors are located in the eye, so by entering our system, cannabinoids bind to those receptors and protect the optic nerve. Cannabis is not recommended for glaucoma patients in the early stages of the condition.

THC vs CBD for glaucoma?

Cannabinoids are active compounds in marijuana, absorbed by two groups of receptors in our endocannabinoid system.

As it turns out, tetrahydrocannabinol (THC), and cannabigerol (CBG) have great potential to relieve IOP.

But let’s start with THC.

There was one important study conducted with glaucoma and non-glaucoma patients who were asked to either smoke cannabis or ingest a THC extract orally. (4)

The results were mind-blowing:

Majority of patients who received THC had a 25% reduction in intraocular pressure.

To be precise, 65% of patients (both with and without glaucoma) who took a dose of THC experienced a significant drop in IPO.

In that same research, the relation between THC dosage and IOP was also noticed. When the higher dose of THC was given to the subjects, their eye pressure decreased more.

On the other hand, clinical research has shown that cannabidiol actually may worsen glaucoma.

While some minor studies suggest several possible benefits, most of the research suggests that CBD has been inefficient in lowering IOP. (5)

The latest study on CBD’s effect on eye pressure was published in December 2018 by Indiana University. The study, which was conducted on mice, concluded that CBD causes an increase in pressure inside the eye for at least four hours after use. (6)

Other cannabinoids, such as CBG, could have great potential in glaucoma treatment, especially when applied directly to the eye. This next big promising cannabinoid has proven to reduce eye pressure and raise the fluid drainage from the eye.

Unfortunately, most of the strains today do not have significant amounts of CBG, so getting it may be hard.

Cannabis is not a definitive, long-term cure for glaucoma, although preliminary research shows that THC may be an effective treatment option for patients whose condition has advanced.

The only downside to using marijuana for glaucoma is that you need to stay medicated constantly in order to keep your ocular pressure low and steady.

My advice is to use this information and figure out whether marijuana is the right path for you. The best bet is to find an experienced ophthalmologist who is open about using medical cannabis.

Interesting & informative. Thanks a lot.

Thanks, Vladimir, glad you enjoyed it :)