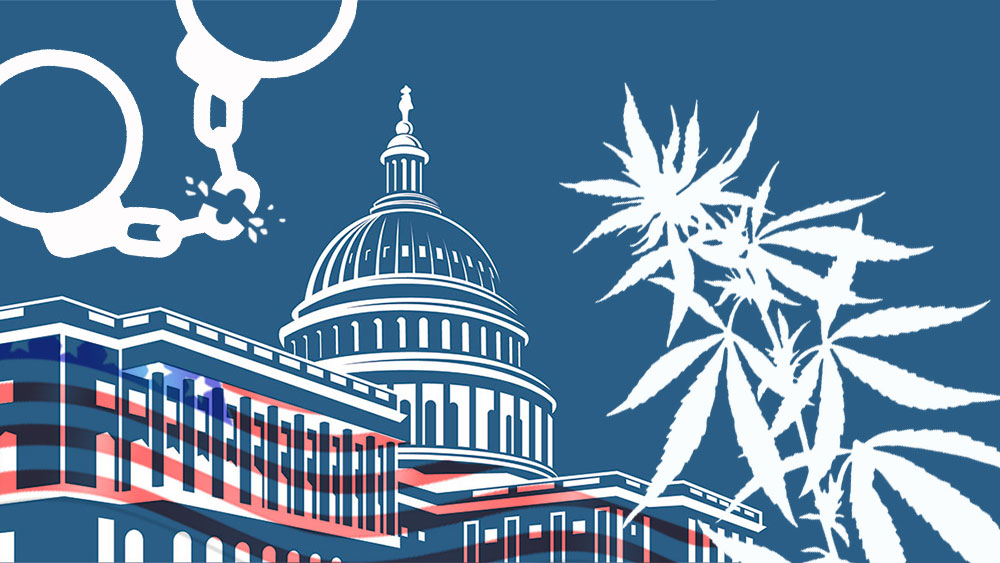 The top political and judiciary officials in the country are eyeing marijuana and its confusing status in the American laws.

The situation regarding marijuana and its illegal status is starting to turn out for better, as the top political and judiciary officials are slowly coming together to untie this Gordian knot.

It has become apparent to almost every person engaged in the industry that the legal status of marijuana is about to change in the near future.

Last month New Mexico became the 24th state to decriminalize marijuana. According to the new law in the state, use and possession are punishable by a $50 fine, and you definitely won’t go to jail.

Just last night, the governor of North Dakota signed a bill decriminalizing possession of up to half an ounce of marijuana and those caught with marijuana will be subject to a fine of up to $1,000, making North Dakota the 25th state to decriminalize marijuana.

New Jersey and New York are also on the verge of legalizing recreational marijuana. And now, the Senate’s top Democrats are pushing for federal rescheduling of marijuana, as 38 State Attorney Generals are calling on Congress to legalize banking for the growing industry.

We don’t need to talk about the history of marijuana in the United States again, everyone knows it’s been federally illegal for decades.

But, what the 116th Congress may do in the following two years may be historic indeed. With 25 states and territories that have decriminalized possession of marijuana, and more than 30 legalizing marijuana for medical use, it is about time something changed on the federal level.

The Senate Minority Leader Chuck Schumer and his fellow Democrat Rep. Hakeem Jeffries (D-NJ) announced in a video that they will be leading the charge to change things in regards to marijuana.

In the video, the two said they will be reintroducing legislation to federally reschedule marijuana.

So what we’re saying is very simple: let each state do what it wants. There’s not going to be the heavy hand of the federal government telling you [that] you can’t. – Senate Minority Leader Chuck Schumer

Changing America’s marijuana laws isn’t going to be easy, as it’s been a very slippery slope up until now. One of the bills that may soon become a law, and day by day it’s looking more and more like it will, is the SAFE Banking Act.

The SAFE Banking Act is spearheaded by Rep. Perlmutter [D-CO] and it recently picked up its 178th co-sponsor in the House of Representatives. If passed, it will enable marijuana businesses to fully indulge in the services federally licensed banks offer, such as opening bank accounts, raising credit, etc.

All this is in line with what Attorney General William Barr said a while ago when he pointed out that he’d rather work within the frames of some type of agreeable federal laws, than within a system with no real applicable laws.

At his confirmation hearing several months ago, Barr confirmed that he won’t go after companies that relied on the Cole Memo and that the federal government should have a clear law in place that would allow states to do what they want in regards to marijuana.

With all the pieces in place, it’s really starting to look like the federal government is finally taking the reform of marijuana laws seriously and approaching the situation with intent to really work on them.

Not to say that America can expect quick and painless legalization of marijuana, far from it, but there will be some steps made by the federal government that will give all citizens greater freedoms and rights, such as the ability to smoke marijuana in their own homes.

Most citizens live in the states that have legalized or decriminalized marijuana on their own already, so it’s really just a question of the federal government catching up to reality.