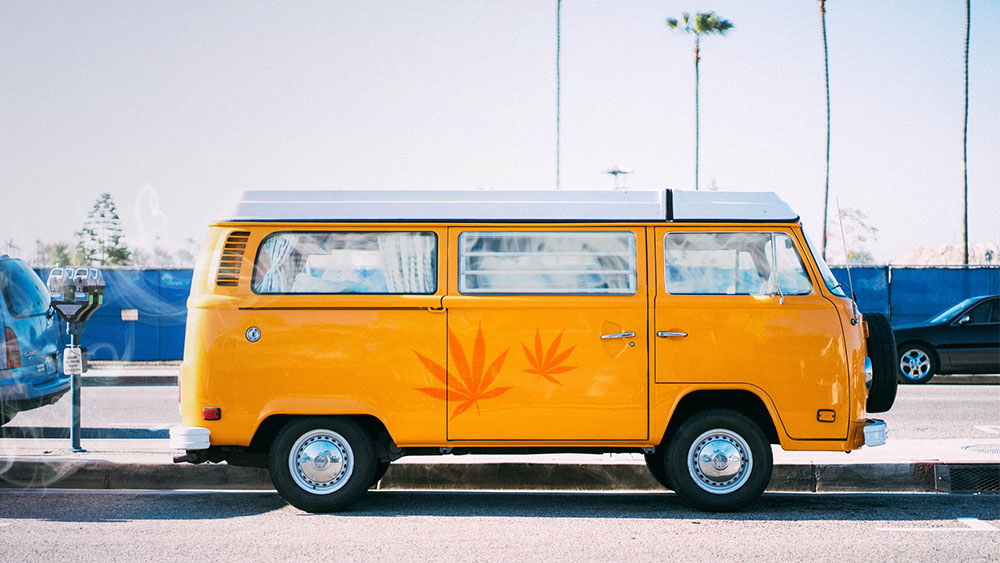 It’s fairly evident and logical that during the last several decades of scientific advancements in growing had a fierce impact on cannabis potency worldwide, but to what extent did the strength of buds actually increase?

To uncover this conundrum with as much accuracy as possible, we need to look at numerous variables that have really evolved with the course of time, which in favor resulted in some pivotal advancements on how weed is grown, preserved, transported, and finally consumed.

I wanted to find out how much has changed, and how different is really the cannabis which was used in the ’70s to our modern-day flowers.

As I mentioned a few moments ago, there are a few ultra-important factors to consider.

Forty years ago, it was immensely rare to find a cannabis farm anywhere on US or Canadian soil. Instead of being homegrown, the majority of pot was illegally brought from other countries (mainly from South America), and during this era the most notable country was Colombia. 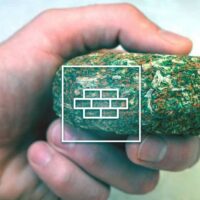 Another crucial factor for potency is how long it took for cannabis to get to the customer, and because the longevity of the travel and the exposure to high temperatures during transportation directly resulted in oxidation of cannabis, this really decreases the potency of the flowers.

The longer the travel (and how hot the voyage gets), the quantities of THC and other cannabinoids in the plant get lesser and lesser.

One decade later (the ’80s), the home-grown hydroponic industry started to take hold in the states, and it basically relies on growing marijuana not in classical soil, but in solutions that are highly rich in nutrients.

For more info on hydroponics, read chapter 6 of this article.

These hydroponic systems allowed growers to create much stronger products than the one which was previously available to the customers, and the time needed to get cannabis from one hand to another also became quite shorter, and that resulted in a much fresher, more potent product. 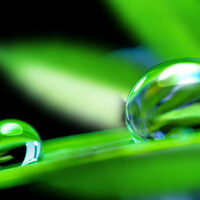 Another fascinating part of marijuana’s journey into potency, it also began around 10 years after the ’70s. The growers at the time started to combine indica and sativa strains to create stronger, more potent hybrids.

This of course didn’t stop in the ’80s, and hybridization quickly became the best way to produce the most powerful and versatile products around, and this process is of course still heavily used in today’s manufacturing of marijuana.

What’s in the Mix 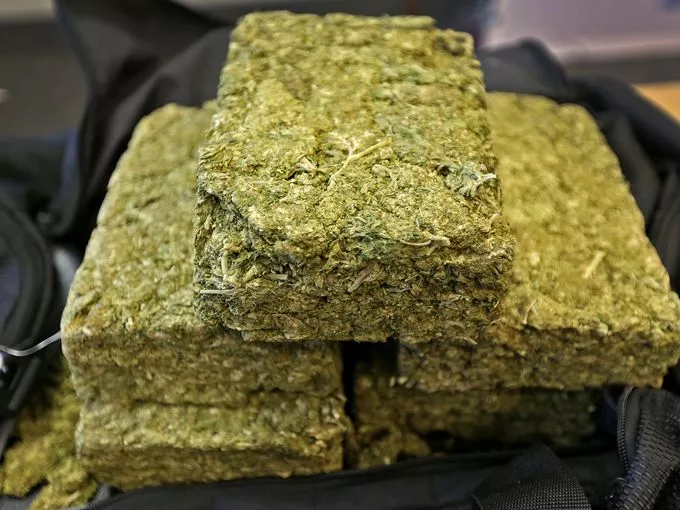 A few decades ago cannabis came in kilo bags which sometimes took months to arrive at their desired location, and in them, there was a large amount of leaves and stems beside the actual psychoactive buds, while the buds themselves were a lot less potent, as I mentioned in the previous passages.

Nowadays in your local dispensaries, you’ll mostly find only feminized flowers, that result in much higher THC levels, which was only science fiction fantasy for the rock n rollers and hippies of the ’70s.

What about the numbers?

40+ years ago, the reports show that the average levels of THC were around 1%.

On the other hand, recent scientific discoveries report that the current average levels of THC in cannabis are much higher, ranging from 6 to 8%, and of course, there are much stronger strains also available on the market.

There is an aspect that could easily dispute the validity of the reports from the ’70s because the method used in that era was predominantly gas chromatography, which heats up any test materials before the actual analysis, which ultimately alters the chemical structure of any cannabis plant.

The unstable structure of THC molecules breaks from the heat inflicted by the gas testing, which ultimately results in much lower readings.

Be that as it may, the fluctuations of the readings could’ve changed the percentage only to a small extent, and all things considered, it isn’t really difficult to accept that a lot has changed in the process of growing and transportation of marijuana in these last couple of decades.

This doesn’t mean that every bud you find is going to be severely stronger than anything people were smoking on back in the day, but the pot we’re currently puffing is undeniably more potent than it once was, and the end to this trend seems nowhere in sight, praise Jah almighty!

Would love to hear more about the changes in bud. Specifically if anyone is trying to reverse engineer to get back to pot that made you laugh. As much as it was not as strong back in the day, the high was more social and giggly. Would love to know if it’s possible to creat a hybrid “laughing pot” or “mamas weed”

If you're looking for pot that resembles "retro" cannabis, just make sure that the THC levels are pretty low, which is somewhat difficult to find, but definitely not impossible :)

Taking since 72, the pot back then was much stronger then today's designer buds, Hawaii, Taiwan sticks were excellent, got us laughing for hours, also Acapulco gold, Jamaican, Columbian, u name it i smoked it!

Thc is part of it, genetics and cultivated conditions make great weed from the 70s like Tai, Acapulco gold, Columbian, Jamaican, Panama Red, Hawaiian, Sense, and Wack. Nothing Today gets you on like our weed did, it just doesn't last as long!

I got higher in the 60s and 70s and have smoked just about every day since.

obviously bc of ur tolerance dumbass

We used to really get blown away on what was going around in the mid to late 1970s. I've smoked near daily since then and I barely get off on today's pot.

Well JT, it’s safe to say that after all those years you’ve built up one hell of a tolerance to THC and the gang.

Thanks for ripping me a new one Bo.

Are you *ucking kidding me? you are the actual definition of boomer.... Someone gives u a perfectly valid response which is 99% the case of why u aint gettin high and ALL you have to say is "Bullshit" with no actual reasoning. The high doesnt last 15 minutes at all and your weed definitly wasn't better, ive had some straight shwag from the 80's and the only buzz i felt was from me getting light headed trying to actual get high off of it

What an appalling level of ignorance! smh! Seriously, There is just so much wrong here it would take a tl;dr post just to cover half of it. I'm old (50's) so I remember. Marco, do your homework! Same with your readers. This is an embarrassingly bad article and the comments as well.No excuse for this.

Hey Ol' Toker, I require some type of proof that you were smoking pot in the 70's, but if you actually did, your input would be really appreciated. I've sent an email your way, we'll talk more there.

Hey Ol' Toker! I'm a little Ol'(der) Toker than you! (in my 60's) Just an old(er) vintage hippie here. Lol I so agree with you! I smoked some really bodacious pot back in the 70's! Marco, what kinda proof do you need to know us older pot heads actually smoked pot in the 70's? I can tell you, I loved the stuff we got back then! Colombian Gold that would leave thick gold residue on your fingers when you rolled one! I live just a couple of hours from Charleston, SC, so most of our pot came into the Charleston Harbor. I don't know if it's the marijuana today, or if it's changes that could come with my current age, but the pot I've smoked over the past few years causes me to feel shaky and kinda paranoid .. none of the laid back, mellow feeling I remember from the 70's. I choose to smoke hemp flower over what's out there these days! No, it's not the same as the stuff I smoked back in the 70's, but it does produce a similar feeling of mellow well being. If I could get my hands on what we had back in the 70's, I would be one happy ol' toker! If you weren't there, sorry, but you just don't know!

Hi Evelyn, thanks for joining the conversation :) That uneasy paranoid restless vibe you're describing is a signature sensation of excess THC, but I agree that as a person gets older the sensitivity to such issues probably rises. To be perfectly honest I wish I was your generation, listening to rock n roll and smoking on some mellow buds, seems like a simpler time. The world is crazy nowadays.

Good day to you Marco! I have personally experimented with different types since the 1970's, and I agree with the rest of the gang that we enjoy the old weed! I have been a California native since I was 11 years old, and really am hoping to find out why the weed from the 70's is preferred by most. Although, I haven't been smoking since I was 11 LOL. ;)

Woah Maddie, you began (and ended) your stoner career pretty damn early in life :) My two cents is that it's a combination of an overall lesser severity of vintage weed, mixed with the recollection of the youthful good old days.

I find this kind of funny, listening to the "old timers". I am also in my 60s now and I have to disagree. Today's pot has become much stronger than anything we had back in the 70's and I was lucky enough to have access to some of the best from around the world. Lets face it, as we get older our neurological systems change, mostly for the bad, and what once was outstanding slowly begins to diminish and yes, you build up a tolerance regardless to what you would like to believe.

My dad is 95 years old. Still sane, still solid and was born in '25. A WWII vet who still likes to toke once or twice a day. He'll roll a joint and it'll last 3-4 days for him as he doesn't smoke every day. I was getting him 20-25%. But he said it was too strong, so I started looking for low % numbers. The latest eighth I gave him was 11%. He's at the point where the thrill of smoking is gone for him. He also doesn't like that it's no longer "throw seeds in the ground to get a plant." He says there's too many chemicals on it now. Unfortunately, his smoking pot with that 60,s, 70's flair may be nothing but a good memories now. The two, low THC brands I found were Old Pal and Pacific Stone.