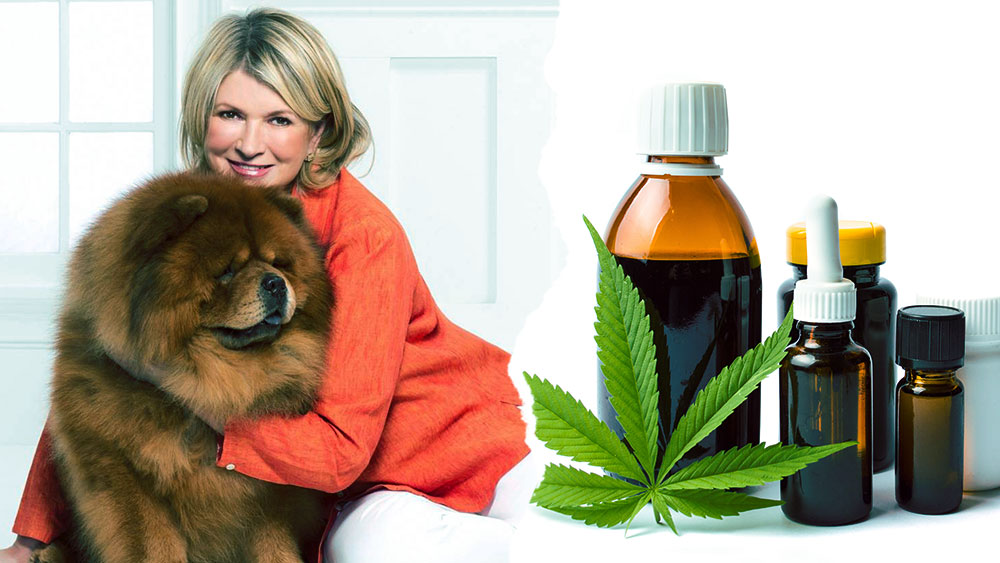 Lifestyle maven Martha Stewart is dipping her toe into the cannabis industry with a newly announced partnership with Canadian cannabis company Canopy Growth.

Stewart will act as an advisor for the company and will work on a project focused on CBD products for pets.

CBD is a non-psychoactive component of cannabis that some say can help with inflammation and stress.

The partnership was made with Sequential Brands Group, which bought Stewart’s company, Martha Stewart Living Omnimedia, in 2015.

“With several clinical trials underway, Canopy Growth will be leaning on Martha’s vast knowledge of consumer products while exploring the effectiveness of CBD and other cannabinoids as they relate to improving the lives of both humans and animals,” Canopy Growth said in a statement.

Stewart said in the company’s release that she is “delighted” to establish the partnership with Canopy Growth and “share with them the knowledge I have gained after years of experience in the subject of living.”

“I’m especially looking forward to our first collaboration together, which will offer sensible products for people’s beloved pets,” she said.

“As soon as you hear the name Martha, you know exactly who we’re talking about,” Linton said in a news release. “Martha is one of a kind and I am so excited to be able to work alongside this icon to sharpen our CBD product offerings across categories from human to animal.”

Stewart has already branded a wide range of products, from shoes to organization products to roses.

The terms of the deal were not disclosed nor what products are being developed.

Sequential’s shares rose 51 per cent to $1.81 in early trading after the news broke, while Canopy Growth’s stock rose four per cent.

Canopy has been researching the uses of CBD to treat anxiety in pets for some time now.

The company owns the subsidiary Canopy Animal Health and in August received approval from the Veterinary Drug Directorate of Health Canada to do clinical trials.

Canopy Growth plans to incorporate cannabis into drinks as well after a $4 billion investment from Corona owner Constellation Brands in late 2018.

The U.S. Food and Drug Administration currently prohibits adding CBD to food, beverages and dietary supplements, but will investigate whether it will legalize CBD-infused food products in April.

Hemp production was legalized in the U.S. at the end of last year, and Canopy Growth received a license from New York state to process and produce hemp last month. The company has said it plans to invest up to US$150 million to build a hemp industrial park in New York.

CBD can be derived from hemp and contains very little THC.

One thing Stewart and Canopy already have in common is the rapper Snoop Dogg. Canopy is working with the rapper on his Leafs by Snoop cannabis brand, while Stewart filmed two seasons of a cooking show with him, where in one episode the two made pot brownies.