Skip to content
Home / Basics / What to Do If Your Dog Ate Weed? First Response Guide 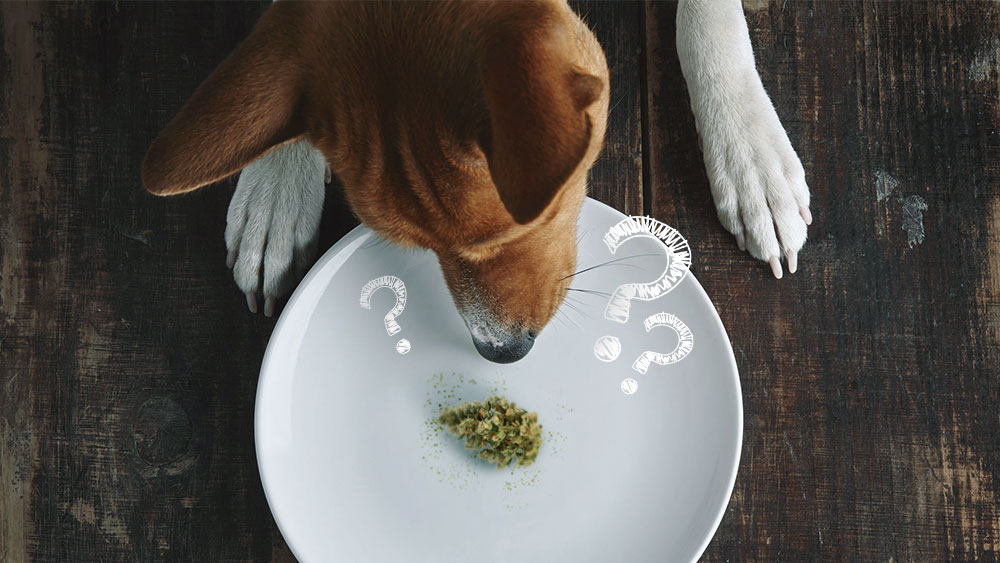 Fatal outcomes of cannabis intoxication in canines are extremely rare.

As you know, there have been a couple of reports of animals overdosing from pot, but as it turns out, these are isolated incidents.

In this guide, I will explain how to recognize the symptoms of cannabis intoxication in dogs, how cannabis affects them, and why you should never treat your pet at home but take him to your vet.

Symptoms of weed poisoning in dogs

When dogs eat high-THC cannabis, they experience it much differently than humans.

They don’t play-pant (yes, dogs have their own way of “laughing”) or have a sudden boost in appetite. In fact, the entire experience most likely isn’t pleasant for them, and it certainly causes a lot of unnecessary stress.

That’s because dogs have much more cannabinoid receptors than humans, especially in the brain. (3, 4)

This means that the effects of cannabis are much more potent, which makes it potentially more harmful for them.

If your pet ate some of your weed or edibles, it will take about 60 minutes for the first symptoms to become apparent.

Symptoms of mild intoxication usually include:

The potency and, more importantly, the form of cannabis your dog ate both play a major role in the outcome, but also in the manifestation of symptoms.

The least severe scenario is that your dog ate raw weed, because unheated weed contains THCA (tetrahydrocannabinolic acid), which first needs to be decarboxylated (whether it’s by smoking/vaping/making butter) in order to turn into THC and become psychoactive.

Raw cannabis can induce only mild symptoms in dogs.

On the other hand, edibles and concentrates should not be left somewhere where your dog can reach them.

Concentrates and edibles are often way too potent even for experienced human consumers, so you can imagine how psychoactive they could be for our pets, especially if they’re small.

Edibles can be particularly risky for dogs, especially if they contain sugar and chocolate which are also toxic for them. Edibles either contain cannabutter or tinctures (both being potent cannabis derivatives), so they have a very powerful effect on our pets.

The effects of high-THC cannabis on dogs

All mammals have an endocannabinoid system. (1)

But what does this mean in practice?

Dogs, just like humans, have cells with endocannabinoid receptors located throughout their system, and their bodies also produce internal cannabinoid-like molecules called endocannabinoids.

Endocannabinoids bind to the same receptors as cannabinoids, which are the most abundant and most important molecules found in cannabis.

With this in mind, we can confidently say that cannabis can influence dogs, but that depends on whether the cannabis in question contains THC or not.

And here is why we need to explain the difference between two major cannabis compounds: THC and CBD.

Dogs can heavily benefit from CBD, which is as a non-intoxicating compound usually sold in oil-form, and is absolutely safe for our four-legged friends. 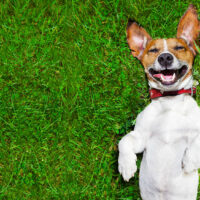 However, the most abundant substance in many types of cannabis—THC—is what actually causes problems for dogs. This compound can be toxic for both dogs and cats.

However, this is really really rare, and is usually a result of dogs eating a huge amount of weed—most likely through an edible that contains concentrates, like THC cannabutter, for instance.

Studies suggest that a lethal oral dose of THC for dogs is more than 3 grams per kilogram of a dog’s weight. Of course, smaller doses can also have some very serious consequences. (2)

Dogs can definitely “get high” by inhaling secondhand smoke, but the only way pets can be poisoned by cannabis is by eating the owner’s (or somebody else’s) supply.

How long will my dog be high?

The intensity and duration of the “high” depends on the potency of the consumed “treat”, on the form (as mentioned: raw buds, edibles, concentrates, tinctures), and, of course, the size of your dog.

Dogs take anywhere from 3 to 24 hours to fully recover from being intoxicated by cannabis.

What should you do?

If your dog ate weed, you should immediately take him to a vet, who will most likely induce vomiting in a controlled environment, to get the cannabis out before it starts metabolizing.

The induction of vomiting should be done by a vet because they know how to determine the correct dose of active coal in regards to the dog’s weight.

Vomiting can also be tricky for dogs because it can result in dehydration and choking.

If you already noticed the intoxication symptoms, it’s probably too late for induced vomiting. In these cases, your vet will likely give your dog IV fluids to help flush the toxins out of the system.

Although weed might still be illegal in your state or country, it’s important to tell your vet the truth, just so they can act accordingly. 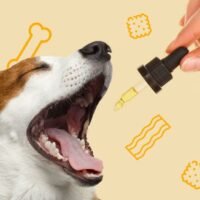 How Safe and Effective Are CBD Treats for Dogs?