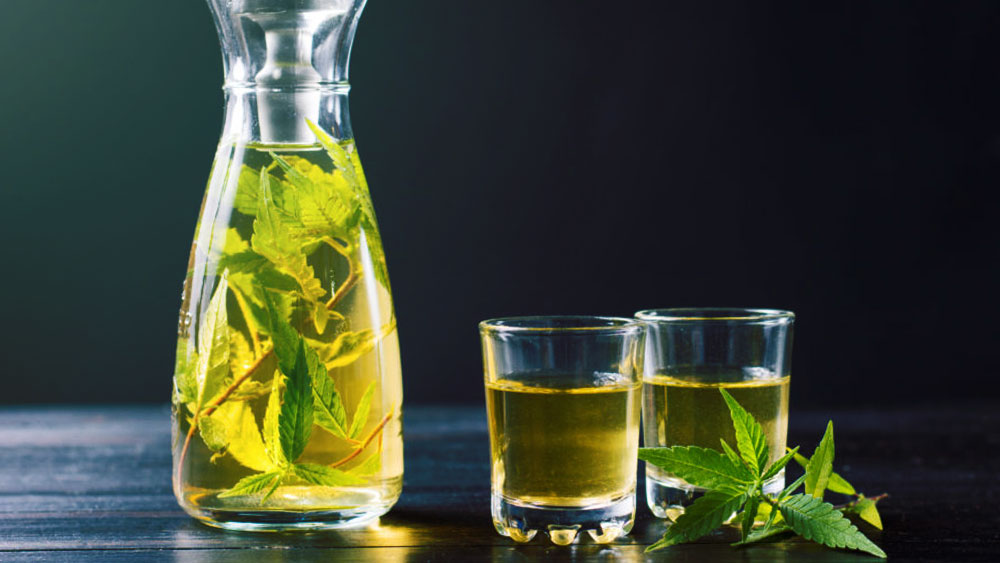 Unlike BHO and THC distillates, nanoemulsion could help create THC or CBD infused beverages optimized for recreational drinking and pharmaceutical use.

With the recreational cannabis beverage industry on the rise, nanoemulsion-infused beverages are leading to the development of drinkable cannabis products that are both potent and fast acting.

Beverage companies using nanoemulsions have begun popping up in the U.S., such as Tinley Beverage Co. and their line of liquor-inspired, alcohol-free cannabis drinks. Colorado-based company Le Herbe released a white paper explaining their use of nanoemulsions in creating cannabis-infused coffee, tea and water products.

In Canada, the recently formed Cannabis Beverage Producers Alliance is lobbying for legislative changes in the industry, including allowing cannabis-based beverages and non-cannabis beverages to be made in the same facility. The group, headed by former Nova Scotia Premier Darrell Dexter, has 10 member companies including the Truss Beverage (a Molson Coors-Hexo Corp. joint-venture), Hill Street Beverage Co. and Collective Arts Brewing.

This group represents the growing interest of beverage producers in cannabis-infused drinks, which Molson Coors believes could be worth up to $3 billion.

At the same time, Transparency Market Research (TMR) is predicting an increased growth in the global nanoemulsion market. Valued at US$6.78 billion in 2016, it’s estimated to rise to US$14.91 billion by the end of 2025.

What are nanoemulsions, and how do they work?

An article published by the US National Library of Medicine defines nanoemulsions as “fine oil/water dispersions stabilized by an interfacial film of surfactant molecule having droplet size range 20–600 namometers.” Translucent nanoemulsions, which are being used for some cannabis beverages, are even smaller at generally 30-50 nanometers.

Nanoemulsion-based cannabis beverages are fast acting and have high bioavailability, meaning the body will absorb a higher amount of the TCH or CBD. This is because nanoemulsions, which have been used for many years in other industries such as pharmaceutics and cosmetics, can be absorbed into the body and brought into the brain more quickly without requiring any external oils or fats.

Edibles made with other types of oils and distillates have an inconvenient and inconsistent bioavailability profile. They are water insoluble and require an external oil or fat in order to be absorbed into the body, which reduces their potency and makes them take significantly longer to take effect.

Drinking beverages using cannabis nanoemulsions is convenient and predictable – you experience a consistent effect on two different days. Similar to alcohol, you feel the effect quickly, starting at around 10 minutes in and maxing out at about 30 minutes, generally lasting a couple of hours, at which point it drops out quickly. These attributes make nanoemulsions useful for pharmaceutical purposes, as it’s easier for medical practitioners to know how much to prescribe. Also, users feel the benefits immediately, potentially averting cases of over-usage.

These factors, combined with the fact that nanoemulsions are barely visible when put into a beverage, also make this product ideal for recreational use in social environments, such as bars.

What do experts in nanoemulsion technology say

“You can take advantage of the existing structure of alcohol consumption,” explains Dr. Alexey Peshkovsky, co-founder and president of Industrial Sonomechanics (ISM), an ultrasonic equipment manufacturer, which has been making nanoemulsions for several years. “If you could make it act with the same timing as alcohol, you can let people use it like they do with alcohol,” he says.

Peshkovsky says that dilutes and other oil-based cannabis extracts can work for edibles, but aren’t viable options for beverages. “With edibles, you can force it in, as you can have an oil based edible, but you can’t have an oil based drink.”

There is a drawback to nanoemulsions – the bitter taste of cannabinoids won’t disappear, potentially affecting the flavour of drinks. Peshkovsky says that flavour-masking agents using flavors such as peppermint and cinnamon can be used to offset this issue.

Nanoemulsions may end up being the answer to cannabis’ non-water solubility issue, but is the unprecedented cannabis-beverage industry poised to succeed, or is it all just hype? Let us know what you think in the comments.

What substance is used to bind the oil and water?