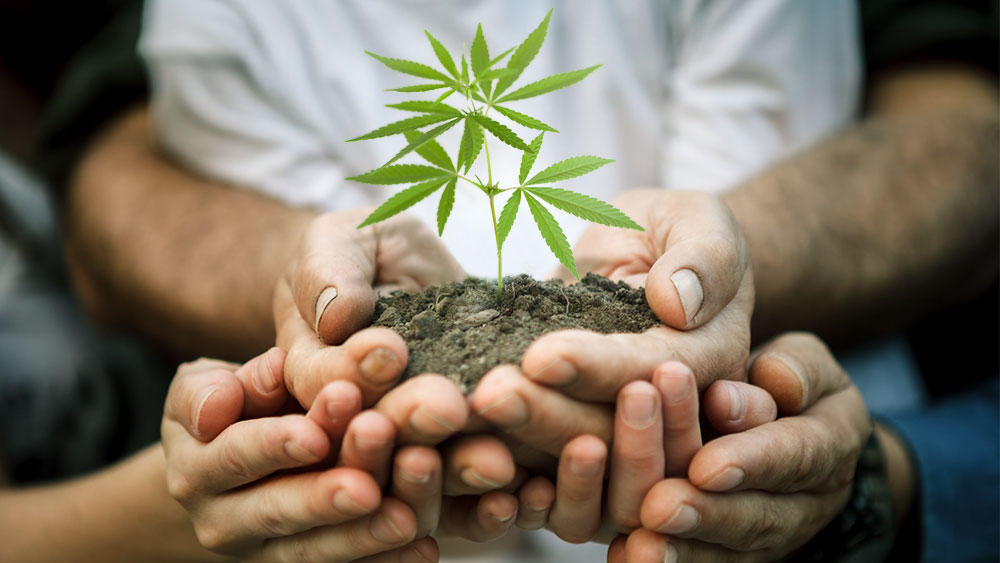 A new poll conducted by Gallop shows that 66% percent of Americans support legalizing cannabis, which is more than ever before.

Last years’ Gallup poll showed that around 64% of the population living in the United States was pro-legalization.

This year’s poll shows that the above-mentioned statistic climbed to 66%, meaning that every 2 in 3 Americans think that cannabis should be legal.

Given that Canada legalized recreational cannabis just a week ago, and more places are showing real efforts to legalize even medical cannabis, what is the outlook for federal legalization in the US?

Gallup does a poll every year, and this is the third consecutive year in which the poll has shown rising numbers.

The last time Gallup had a diminishing score in the yearly poll was in 2015 when that number dropped to 52%. 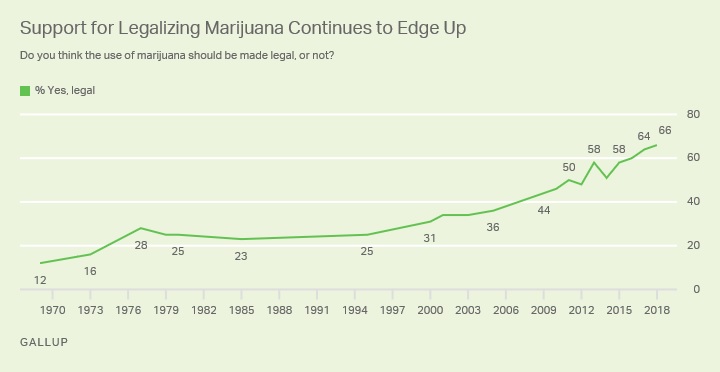 Gallup conducted this poll among people of all ages and political preferences, which also yielded some interesting results.

The poll found that the Republicans are now also on the “legalization side of the fence” as for the second year in a row Republican poll takers were for legalization approval, rather than against it.

It would seem that Attorney General Sessions’ opposition to the legalization had an inverse effect on his party members.

At the same time, Democrats have been supporting federal legalization ever since the late 2000’s. 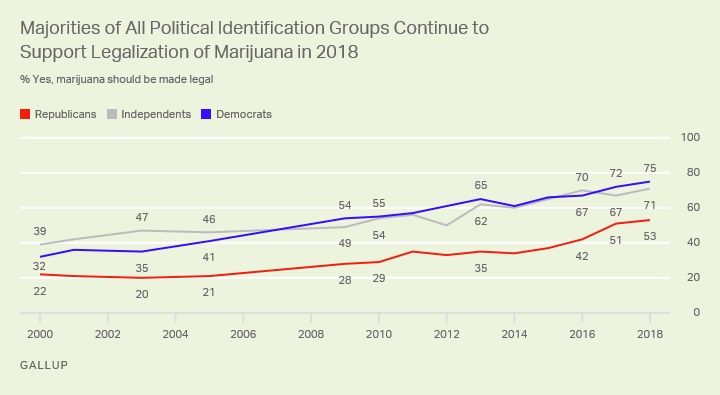 However, perhaps the biggest surprise came from various age groups that showed increasing support for legalization.

All three groups showed support for federal legalization, but the biggest increase over the course of the year was in the group comprised of elderly poll takers. 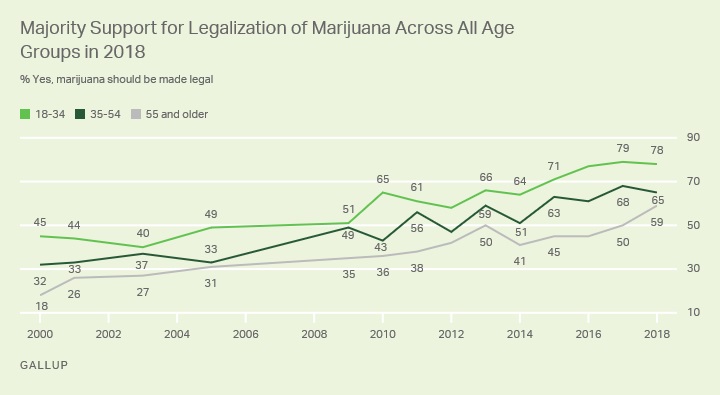 The other two groups somewhat diminished in the approval ratings, although not very significantly.

Lastly, geographic data also tells us that the support for cannabis legalization is evening out across the nation.

All regions in the US are now pro-legalization, something only the Pacific West was in favor of just 8 years ago.

Gallup concluded its findings saying that these results are very similar to what they saw when polling people in regards to gay marriage, and interracial marriage before that.

With most provinces having some type of cannabis law in place, it’s not hard to assume that the federal government will eventually have to do something about it.

As we mentioned before, there are many legislation attempts in both the Senate and the House to do something in regards to federally legalizing or decriminalizing cannabis.

The midterm elections are coming to the US in two weeks, which means that the political situation is likely to change.

This could also further delay the motions in Congress, but that’s only going to be delaying the inevitable.

Given that cannabis legalization is something that now well over half US citizens support, it’s likely that they will vote to put pro-cannabis representatives in the office.

Hopefully the next Congress will be the one to legalize, or at least decriminalize cannabis in the US.