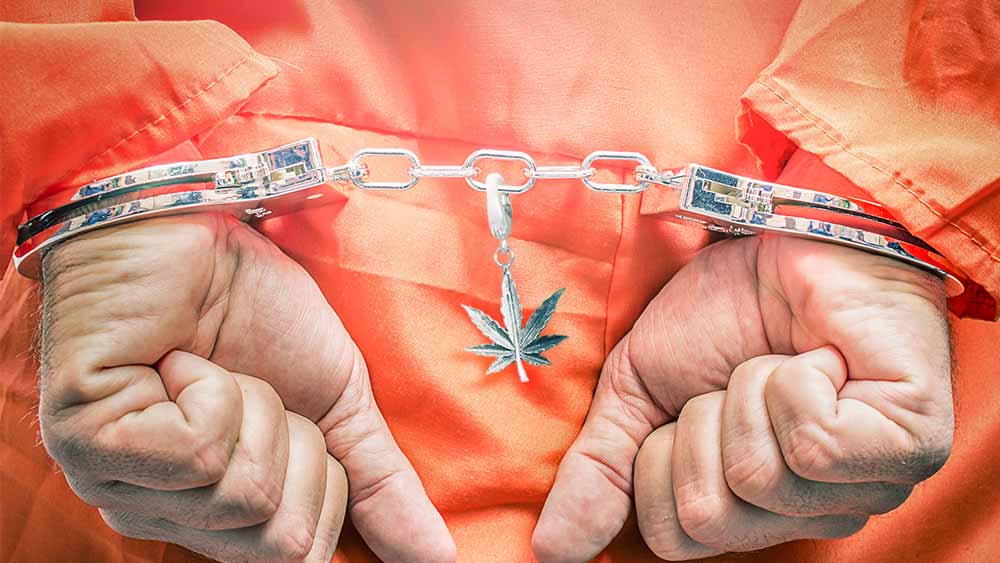 John Knock was sentenced to two life terms plus thirty for a marijuana-related offense.

He’s 72 now. Amid the COVID crisis, he is waiting for a hearing or opinion on his motion for Compassionate Release before the District court.

His sister, Beth Curts, has spent a lifetime gathering stories from people like John who are serving outrageous sentences for having participated in cannabis-related enterprises, and advocating for the relief she believes these people deserve. “Mother Teresa for pot prisoners”, they call her.

And then the COVID crisis broke.

“John does not complain to his family. When the lockdown started, he simply said he had plenty of books, snacks under his bed, and batteries so he could listen to his radio. However, I’ve heard horror stories from other inmates about the conditions,” Beth Curtis told us.

“New Jersey is a hotbed for COVID-19, and I saw that the BOP [Bureau of Prisons] just designated Fairton FCI as one of the facilities where they would move inmates who needed to be quarantined. The movement and addition of people is an added risk,” she was concerned.

A shared soap if there’s any, an arm-long distance between the inmates’ beds, sloppy quarantine procedures, overcrowding, lack of hand sanitizer and other sanitation needs, not to mention masks and test kits, delayed medical help – are just some reasons the New York Times referred to US prisons as “Petri dishes” for the spread of the coronavirus.

“By keeping more people in jails, you are increasing the overall number of people who contract the virus, and the demand for hospital beds, ventilators, and other life-saving resources.”

The families of those incarcerated are, naturally, on needles and pins.

“John is now incarcerated in FCI Fairton in Fairton, NJ. I hear from him weekly, but now that all the federal facilities are on lockdown, it is more difficult for people in prison to contact family and loved ones. They are not able to practice distancing, and they are housed in small cells with cellmates. They are let out to shower two or three times per week, and it is communal,” said Beth Curtis.

Unfortunately, the malpractices gave us some sad numbers to look at.

According to Marshal Project, a non-profit that has been collecting data on COVID in US correctional facilities, there have been at least 25.239 cases of coronavirus reported among prisoners, and at least 373 deaths in the same category.

Among prison staff, at least 6.779 cases of COVID-19 infections were confirmed, while only 28 deaths have been publicly reported.

Their count was last updated on May 15.

Two weeks earlier, The Associated Press released the news about Andrea Circle Bear (30), who died of COVID-19, just 28 days after giving birth via C-section while on a ventilator. She was sentenced to 26 months in federal prison for maintaining drug-involved premises.

Was It Possible to Prevent Those Numbers?

As it turns out, not all people in correctional facilities are violent criminals: there are those with administrative charges, minor misdemeanors, or nonviolent offenses. And some percentage of them have underlying health conditions.

Is keeping them incarcerated amidst the corona outbreak equal to signing a death sentence?

In late March, General William Barr ordered officials running federal prisons to “immediately maximize” the release of prisoners to home confinement (especially those who are medically vulnerable), thus preventing the spread of the virus.

The Bureau of Prisons was heavily criticized for the poor implementation of Barr’s memo. The advocates claim that the Bureau of Prisons’ process is “Kafkaesque” – unnecessarily long, confusing, chaotic – and that it prevented many releases.

“They don’t want to let people out,” said David Patton, the chief federal public defender in the New York City area for the Marshall Project. “It’s not in their DNA.”

The Category of a Nonviolent Marijuana Offender

The category that’s been largely kept out of the national conversation are nonviolent cannabis prisoners who are serving time for something that’s not only legal in many parts of the world but also deemed “essential”.

Prior to the COVID-19 crisis, advocates have been pushing towards restorative justice and emphasizing the need for the expungement of cannabis-related records. It almost comes as a surprise then to see officials silently ignoring the category now.

These inmates should be discussed as a category, Beth Curtis argues.

“These people are serving egregious sentences for a substance that is on the federal Controlled Substance Act’s Schedule a Schedule 1 drug,” she says and explains that this designation classifies it as a substance more dangerous than Fentanyl and OxyContin.

Though more and more states are legalizing or decriminalizing cannabis, the fact that it is federally a Schedule 1 drug allows law enforcement to investigate and prosecute individuals for any cannabis-related “crime”, even something as harmless as possession for personal use.

“I believe that many criminal justice organizations and sentencing reform organizations do not want to break out nonviolent marijuana offenders as a category because they fear that it is too exclusive and if they talk about the category it implies that other offenses and those with violence in their past do not need mercy and compassion,” she added.

They do, however, break out crack cocaine disparity, women, juveniles, minorities, and disadvantaged, she argues.

“Of course, our sentencing is too harsh for everyone and everyone should be looked at for mercy, compassion and release, but this is the only reason I can think of that would make it impossible for advocacy groups to tell the story for this category – nonviolent marijuana offenders,” was Curtis’ conclusion.

No Rest Until the Last Cannabis Prisoner Has Been Set Free

These promising words come from The Last Prisoner Project, the organization that has organized a petition for protecting the incarcerated community during the pandemic and releasing all cannabis prisoners.

“Imagine sitting in a cell for years, decades, or even for life, convicted of an activity that is no longer a crime, while thousands of other people build intergenerational wealth doing exactly the same thing. That is the situation that over 40,000 cannabis prisoners face today in the United States alone, while countless others languish in jails and prisons worldwide,” their site states.

Along with 7 other organizations dealing with this issue, the Last Prisoner Project has signed a “COVID-19 Cannabis Arrests and Prisoners Letter” which implores the officials to “curtail arrests for nonviolent offenses, such as marijuana possession, cultivation, and sale until the country is better able to prevent the spread of the coronavirus” and urges them to “release cannabis offenders, along with dramatically reducing the number of incarcerated nonviolent prisoners, whether sentenced or un-sentenced.”

Beth Curtis commented that there is a reason to hope.

“I am pathologically optimistic and have remained so even though there seems to be so little movement for marijuana offenders. My brother and others have been incarcerated throughout the Clinton, Bush, Obama, and Trump administrations,” she explains.

“Of the 1,700+ clemencies granted by Obama, only 11 were for nonviolent marijuana offenders. They were not mentioned and did not get specific relief from the First Step Act. Perhaps their time will come.”

Beth Curtis has been doing her research and evaluating data for 12 years and hasn’t found one first-time nonviolent marijuana offender with such a punishment. Though John’s “crime” was not a simple possession, but possibly the distribution and import of weed as well (all things pretty much legal now in many places), he’s the only victim-less first-time offender who got over two life terms.

Those with harsh sentences usually turn out to be offenders with prior offenses, other unregulated drugs or gun charges, etc.

When you see that someone received an extraordinarily long sentence for an offense with no victim, it is almost without exception that they were charged with conspiracy and went to trial, Beth says.

“John was the last person to be prosecuted in this conspiracy, and he elected to exercise his 6th amendment right to trial. Everyone who testified against him was testifying for a plea agreement. He got what is known as the Trial Penalty. This is why only about 3% of defendants go to trial,” Curis was precise.

After reading these accusations, some could assume that John was a kingpin. If we put it into perspective, we could hear Beth Curtis’ ready reply: “What was yesterday a marijuana conspiracy is today’s business plan.”

Even if he was everything alleged in the accusations – a distributor and importer of marijuana – is there justice in the criminal justice system that is sentencing him to death in prison?