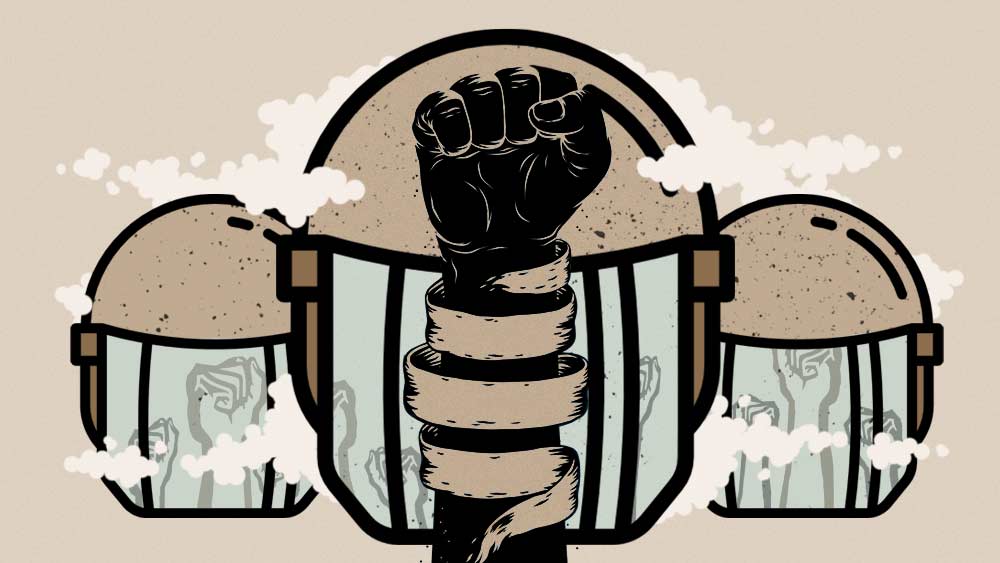 The owner of a Los Angeles dispensary that was looted during the nationwide protests over the death of George Floyd has come out in support of the people demonstrating against police brutality and racial injustice.

The increasingly hectic protests in LA have been raging for six days despite a citywide curfew invoked by Mayor Eric Garcetti and the deployment of the National Guard.

The protests come in response to the death of George Floyd, an African-American man who died after being arrested by Minneapolis police on May 25.

Floyd’s death sparked widespread outrage over the treatment of African-Americans and the excessive use of force by law enforcement officials. Protests quickly took America by storm, spreading to all major cities and at times turning into violent riots with intense stand-offs with police forces.

Until justice is served

During Saturday’s mass protest in LA, the Cookies dispensary on Melrose was broken into and looted, as captured in this video.

However, the store’s owner, rapper and marijuana entrepreneur Berner who signed to Wiz Khalifa’s Taylor Gang Records in 2012, said that he stands with the protesters seeking justice for George Floyd.

“It’s extremely unfortunate what happened to our store tonight on Melrose. But as a human living in the world we’re living in today, I cannot expect anything less until justice is served,” Berner begins his statement on the incident via Instagram.

“We can rebuild our store, but you cannot bring someone back to life. With that being said, we stand with what is going right now in the world,” Berner continues.

In a separate post, Berner explained that he told security guards in front of the store to refrain from violence towards protesters.

Berner’s shop wasn’t the only California dispensary that got caught in the crossfire. In Oakland, Magnolia Wellness was robbed by an “armed group,” according to owner Debby Goldsberry.

“We were robbed by an armed group, and lost nearly everything. We will need help to rebuild. To be clear, this was not protesters or looters, these were armed criminals. If you have not been hit yet, I advise you to close, and store your money and cannabis at a distributor out of the bay,” Goldsberry posted on Facebook in response to the incident.