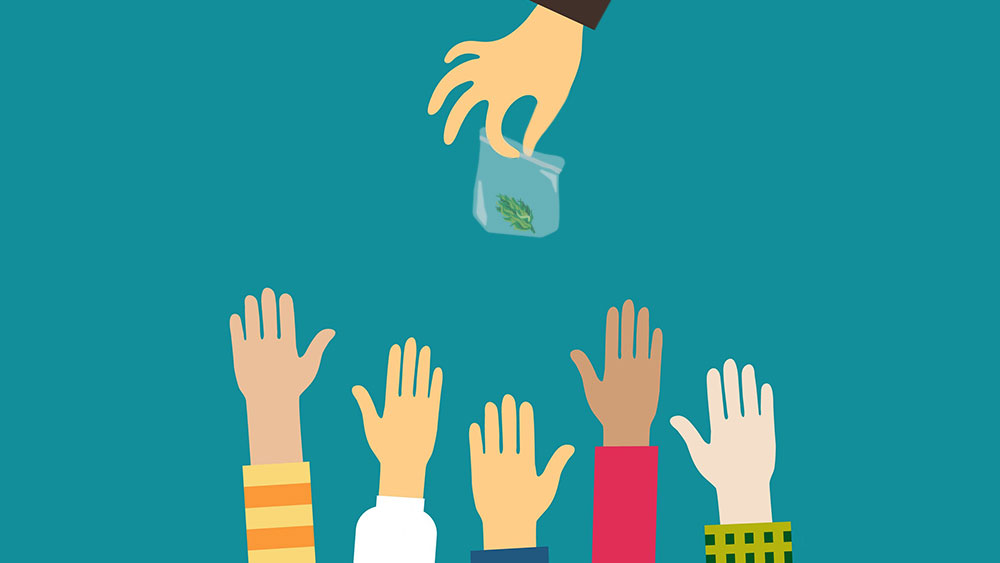 In another Florida Man news report, police in Saint Petersburg, Florida, arrested a man who was handing out marijuana to people on the street “because it was Christmas.”

Spurrier had 45 grams of marijuana on him and was charged with possession with intent to sell despite him handing it out for free in the spirit of Christmas, as he reportedly told officers. He has since been released from the Pinellas County Jail.

As is customary, Floridians already made the headlines several times in the past year when it comes to wacky weed news stories. Earlier this year, another Floridian was arrested for burning a large pile of weed in his backyard after his neighbors complained about open burning.

After deputies arrived at the scene, they detected the distinct smell of marijuana and confronted homeowner Dave Ellis. However, Ellis insisted that he wasn’t burning weed but “trash.”

“It’s trash. You don’t smoke that. I’ve got like a quarter pound of it inside,” he told the deputy.

Once inside the house, officers found more than 20 grams of pot along with drug paraphernalia.

“There’s more in the refrigerator,” Ellis said, apparently deciding to treat the cops with more of his stash.

He was then arrested for possession and later released on bail.

Last December, 23-year old Anthony Andrew Gallagher tried to pay for food at McDonald’s with a bag of weed as he went through the drive-thru. Twice on the same night.

Cannabis is illegal for recreational use in Florida. It has been allowed for medical purposes since 2016.

Currently, marijuana advocates in the Sunshine State are racing the clock to collect 766,200 verified signatures by February 2020 in order to have voters decide on whether to fully legalize weed on the upcoming ballot.

The Make It Legal group recently received an endorsement from Jimmy Buffett.

“Pot, weed, marijuana, cannabis – whatever you call it, it’s good medicine. Make it legal,” the Margaritaville musician said in a video announcing his support for the initiative.