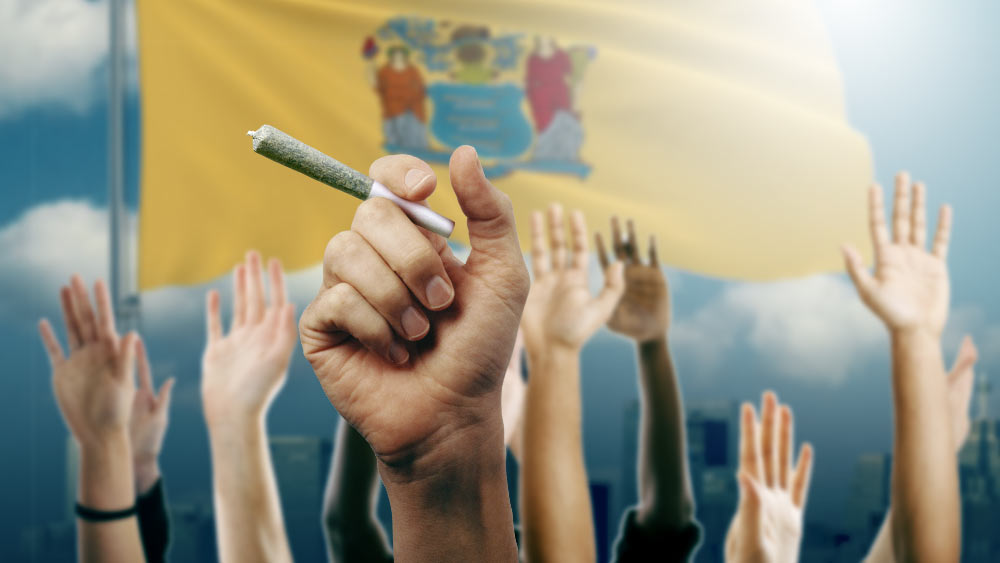 With just 21 days till voters in New Jersey get to decide on whether to legalize recreational marijuana in their state, a majority of them appear to be in favor of the measure, according to a new poll.

Released last week by Fairleigh Dickinson University, the poll was conducted from September 30 through October 5 and included 582 randomly selected likely voters in the Garden State. Sixty-one percent of those surveyed said that they support legalization, while only 29% said they will vote against the measure.

Among Democrats, 71% of those contacted said they will vote yes on November 3. On the other hand, the percentage of Republicans that would support legalization was reported at 52%.

New Jersey Governor Phil Murphy has made cannabis legalization a policy priority of his, but previous attempts to legalize cannabis via the state legislature have proven unsuccessful. Voters will instead decide on the matter on Election Day, when the country either re-elects President Donald Trump or chooses his opponent Joe Biden to lead the U.S for the next four years.

Recently, Murphy released a pro-legalization video, in which the governor urged New Jersey voters to end prohibition, underscoring that it costs taxpayers $150 million every year.

“$150 million. That’s what processing marijuana arrests costs New Jersey taxpayers every year – arrests that disproportionately impact young people of color and make it harder for them to get a job, a place to live, even a credit card. Join me in correcting this wrong by voting ‘yes’ on Public Question Number One to legalize and regulate adult-use marijuana,” Murphy said in his video.

Given that the neighboring states of New York and Pennsylvania still haven’t legalized weed, sales in New Jersey are expected to skyrocket if the measure passes. An estimate released by Marijuana Business Daily last year predicts the legal recreational cannabis market in New Jersey could be worth between $1.2 and $1.5 billion in annual retail sales by 2023.

The November 3 ballot will ask voters: “Do you approve amending the Constitution to legalize a controlled form of marijuana called ‘cannabis’?”

If voters commit to legalization this November, all adults aged 21 and over will be able to legally purchase marijuana in New Jersey. A sales tax of 6.625% will be imposed on cannabis products, while a local sales tax of an additional 2% will also be possible under the initiative.