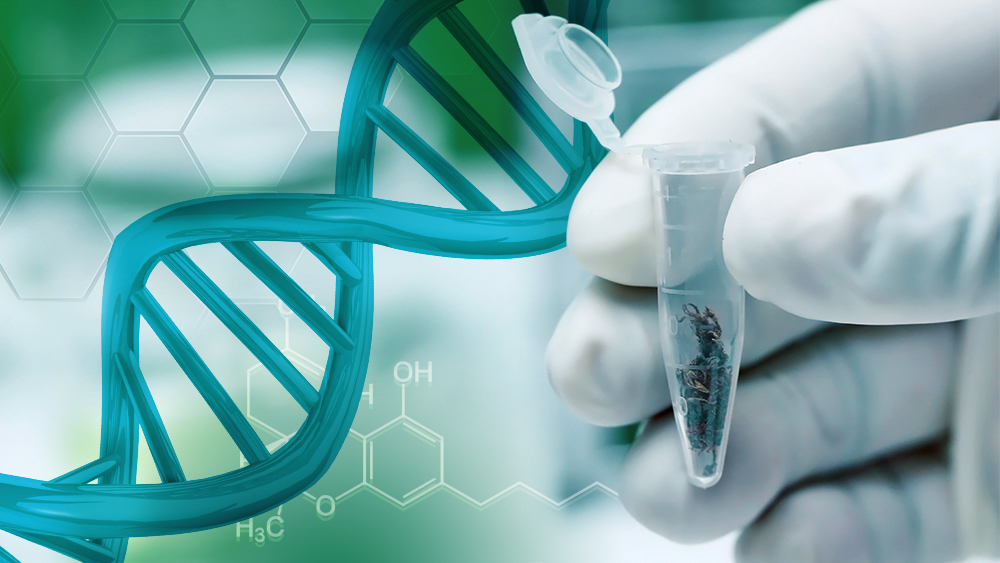 If you plan on growing cannabis, you should definitely know what a phenotype is and how it is different from a genotype.

Yet, those who are new to this hobby might not have all the information they need. There’s more to growing cannabis than just planting whatever cannabis seeds you have. So, just like any other newbie modern grower – they’ll turn to the internet for help.

The internet, however, is not always helpful. Sometimes it can be hugely confusing when trying to learn about the more detailed technicalities behind growing cannabis.

Trying to find out what’s what in the genetics of cannabis for ourselves, we stumbled upon the genotype vs. phenotype discussion.

The discussion, we found, was a counter-productive conversation. It was uninformed and not very helpful in answering the questions we had, which is the last thing we want to do here.

So we decided to avoid all that, set the record straight and explain it in the simplest possible terms.

What Is a Phenotype?

Phenotypes appear everywhere in nature. They determine how things look and behave in certain situations. If you really want to know what a phenotype is, just go out in a field and try to notice differences between plants of the same type.

Depending on the specific set of genetics, a plant will look one way or another, and that difference in the looks and genetics is what many call a phenotype.

Many people are confused by self-proclaimed weed scientists who often mix up phenotypes with genotypes, which is why we’re here today.

In the simplest possible terms, a phenotype is the set of observable genetic traits a plant displays. Phenotypes appear outside of the plant world as much as within it, however, we won’t go into depth trying to explain that.

So, a phenotype is the set of observable characteristics of a plant, such as its size, shape, color, and behavior during growth.

Some plants will display a phenotype as a result of its genotype’s interaction with the environment. For example, two plants can have the same genotype but different phenotypes because of some environmental influence on the genotype.

What Is a Genotype?

As we just explained, a phenotype will only display a certain set of observable genetics, but the genotype is where all the genetics are hiding.

Essentially, a genotype is the complete genetic constitution of a single plant. The term can also refer to a gene or a group of genes.

A genotype is one of the factors that determine how a phenotype is displayed. Another factor is the environment.

Phenotypes often change throughout the life of a plant as the environmental changes and the physiological and morphological changes occur with time.

In some plants, certain inherited possibilities are not expressed in the phenotype because they are the result of latent, recessive, or inhibited genes.

Another reason why the plant might not be displaying a certain phenotype is that the conditions are not perfect for that phenotype to develop.

Flamingos, for example, are a perfect depiction of phenotypes and genotypes in the animal world.

When you think of a flamingo, you usually imagine pink birds with long legs, right? Well, their pink color isn’t something that appears as a genetic trait, but rather as an environmental factor.

They actually get their pink color from the food some of these birds eat. If the food has enough of the pigment, they will turn pink. If not – they simply stay white forever.

This is due to the pigment from the food being the “environmental factor” we keep talking about, as it creates the pink color only when combined with the flamingos’ genotype. Other birds don’t carry this genotype and are thus not pink even if they eat the food with the same pigment.

How to Preserve a Phenotype

There are many ways you could preserve a phenotype and if you find one worth saving, you should definitely do it.

It’s not very often that you’ll get to grow something that you’re extremely excited about, such as a plant with black flowers. If you wish to preserve those genetics, you’ll have to do one of the following:

The easiest way to preserve genetics is by cloning a plant. You take the plant with desired genetics and make a couple of cuttings which should then grow into plants of their own in a few weeks.

However, cloning the plant won’t work if you have an autoflowering seed. In that case, you will have to either breed that plant with another male with the same phenotype (which might be impossible to do if you got a bad seed) or let the plant grow very, very old.

If the plant isn’t pollinated by the time it’s finished flowering, cannabis plants are known to self-pollinate by creating a couple of male flowers.

Those male flowers pollinated the female ones on the same plant and you should get more than a couple of seeds that will be feminized in about 90% of cases.

If you want to go down that route and try to improve upon some genetics that you like, I strongly recommend that you consider starting your own breeding program.

Phenotypes You Should Try Growing

Since in most of Canada you can only grow up to 4 plants per household for recreational purposes, you should make the best of that opportunity and grow 4 different phenotypes.

Some strains of weed are better known for displaying certain phenotypes. For example – plants with a lot of indica genetics will usually have a short and bushy stature, while strains with prevailing sativa genetics tend to grow tall and lanky.

These two strains are a great way to get introduced to the hobby of growing weed, as through your first session with them you’ll get a general sense of how each of the two big subsets grows.

Those two phenotypes are easily observable, but stature and growth rate aren’t the only two visual indications of a phenotype.

You might be familiar with the strain Purple, which has by now reached legendary status in the cannabis community. It has paved the way for strains like Grandaddy Purple, Purple Kush, and many others.

The purple color is now displayed in many strains so you shouldn’t have any difficulty finding a seed shop that offers that particular phenotype. Something to keep in mind is that the purple phenotype usually comes out in areas with lower temperatures, so it’s perfect for growing in Canada!

Another way we can identify a specific phenotype is by the way the plant smells. If it has a particularly hard odor, it is very likely that you have a good thing going on.

Strains like Skunk #1 and Chemdawg are world-renowned for their pungent, gassy smell which users often correlate with skunk spray or diesel fuel.

Once you’ve gotten the hang of the basic stuff pertaining to growing weed, you can start experimenting with phenotypes that are harder to grow. Those usually tend to give a bigger return on investment if they are grown properly.

Next Challenge: Hydroponic Growing and Phenotypes

Of course, if you want to step up your game even further, there are ways to do that, as well. Some phenotypes prefer to grow in a hydroponic environment instead of growing in soil and coco.

Once you truly master growing in those two mediums, you could try your hand at hydroponic growing, and see how the phenotypes behave in water.

Also, make sure you check out our list of the prettiest strains in the world, as that just might help you decide if you want to decorate your garden with a couple of new cannabis plants.