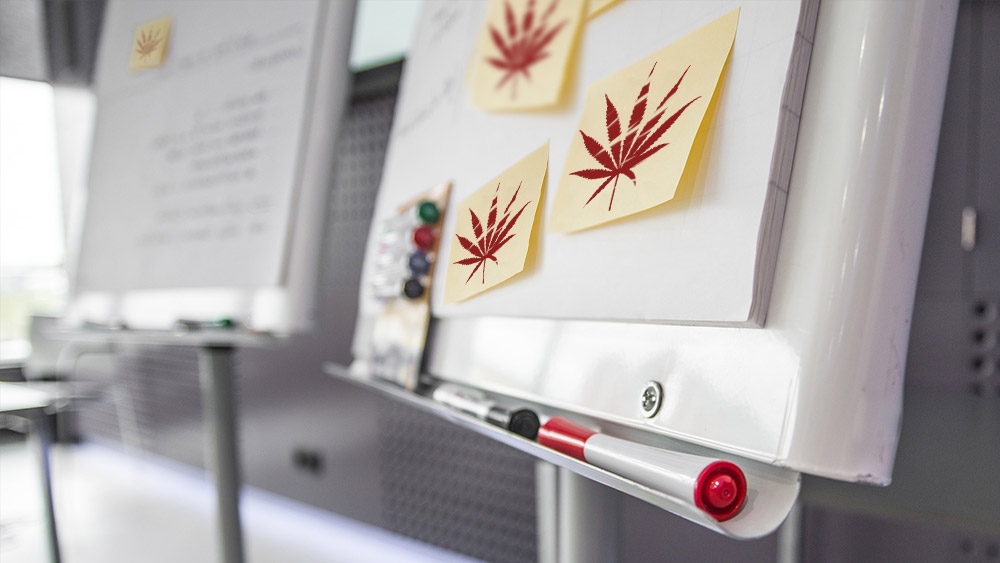 The end of 2019 was marked by an interesting discovery in the cannabis world – two new cannabinoids.

Cannabinoids are a class of chemical compounds found in marijuana, boasting varying degrees of psychoactivity and with different effects on humans.

Aside from the well-known cannabidiol (known as CBD, discovered in 1940) and tetrahydrocannabinol (or THC, isolated in 1964), researchers believe there are at least 111 more cannabinoids identified in the cannabis Sativa plant.

Now, a team of Italian scientists has discovered two new compounds produced in the cannabis plant.

THCP appears to induce hypomotility, analgesia, catalepsy and decreased rectal temperature, indicating its similarity with THC, although it is currently unknown whether the newly discovered compound has psychoactive properties.

Appears to be 30 times more potent than THC

“In our opinion, this compound should be included in the list of the main phytocannabinoids to be determined for a correct evaluation of the pharmacological effect of the cannabis extracts administered to patients,” note the authors of the study.

“In fact, we believe that the discovery of an extremely potent THC-like phytocannabinoid may shed light on several pharmacological effects not ascribable solely to THC.”

On the other hand, CBDP was identified as a cousin of CBD, popular in wellness products across the globe.

However, the amounts scientists found of both THCP and CBDP during their study were low. They suggest there might be higher levels of both compounds in other strains of marijuana.

“A number of clinical trials and a growing body of literature provide real evidence of the pharmacological potential of cannabis and cannabinoids on a wide range of disorders from sleep to anxiety, multiple sclerosis, autism, and neuropathic pain. In particular, being the most potent psychotropic cannabinoid, Δ9-THC is the main focus of such studies,” according to the authors.

But in the wake of their findings, the researchers said they expect THCP “is endowed of an even higher binding affinity for CB1 receptor and a greater cannabimimetic activity than THC itself.”

Still, further research is needed to determine the properties of these two new cannabinoids and to identify their possible uses.