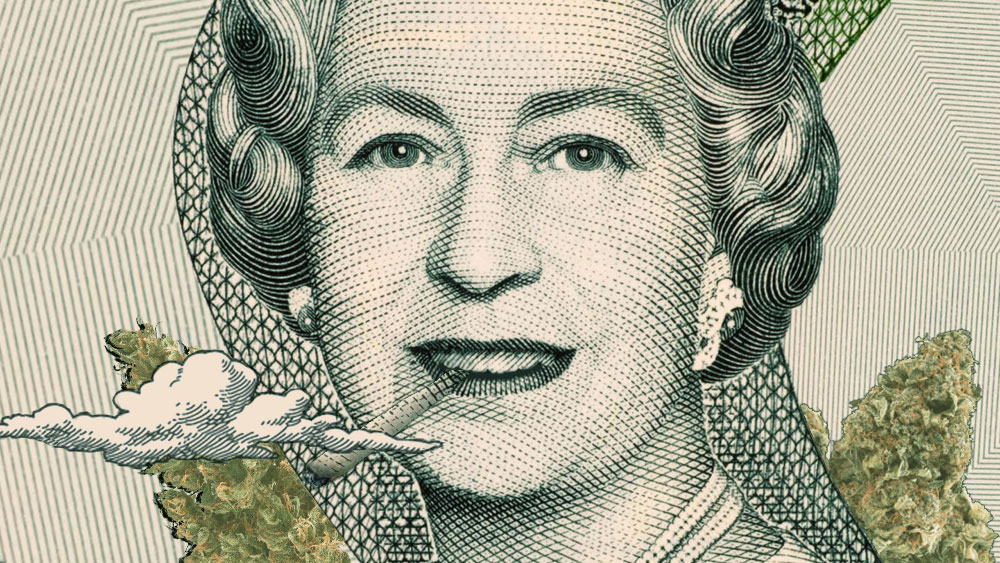 The UK is one of the biggest producers of cannabis, yet cannabis laws in this country haven’t essentially changed since the early ’70s when it was declared a Class B drug.

UK and cannabis have had a very intertwined history, from the days of the great East India Company to today’s smugglers who bring the goods from Spain, Netherlands, and Morocco all the way up to the British Isles.

Cannabis has been bought, traded and sold throughout British history simply due to the fact that the UK was present all over the globe at one point.

In the 19th century, cannabis was used as a drug after a physician who studied the plant brought a large quantity of cannabis with him on his return to Britain in 1842.

Some years after that, many overseas colonies started outright banning the plant, forbidding its use, possession, and sales and started replacing it with cotton as the primary money crop.

After the colonies outlawed it, the British mainland followed suit. It outlawed cannabis along with many other countries, which resulted in the complete international community turning its back on cannabis.

Cannabis laws in the UK remained essentially unchanged for the next 50 years or so when weed was listed as a Class B drug under the Misuse of Drugs Act 1971.

There was only a 5-year period between 2004 and 2009 when it was classified as a Class C drug, a lower punishment category, before being moved back to Class B again.

Even though charges are most often dropped in cases of simple cannabis possession, you most certainly do not want to be caught with weed in the UK.

The public is ready for legal cannabis

The UK’s public is ready to battle the issues brought on by the legalization abroad – like the fact that the UK is still one of the biggest producers of cannabis in the world but still hasn’t legalized it.

Since licensed producers in Canada and the US ramped up their production, the UK started dropping on that money-making ladder.

It’s not only the growers that are interested in legalization – it’s the people of the UK as well. According to the Standard, a large majority of the people they asked would prefer to see some form of cannabis legalization.

Since the legalization boom in Canada and the United States, there has also been a strong push from the private sector to do something about it in the UK.

Foreign companies already started working on setting up shops and offices all over the United Kingdom, even though there aren’t any clear indications that legalization is approaching in the near term.

Crispin Blunt, a former Conservative minister told the press that he believes cannabis should be made legal within the next 5 years.

“I’m the first Conservative to be the co-chair of the All-Party Parliamentary Group on Drug Policy Reform, and it reflects the fact that this conversation is now coming into the mainstream of politics,” Blunt said.

Blunt founded the Conservative Drug Policy Reform Group just nine months ago as part of the push for a government review into policy on medicinal and recreational cannabis.

He also called for opening the gates to investor money from North America in a speech to the House of Commons last month.