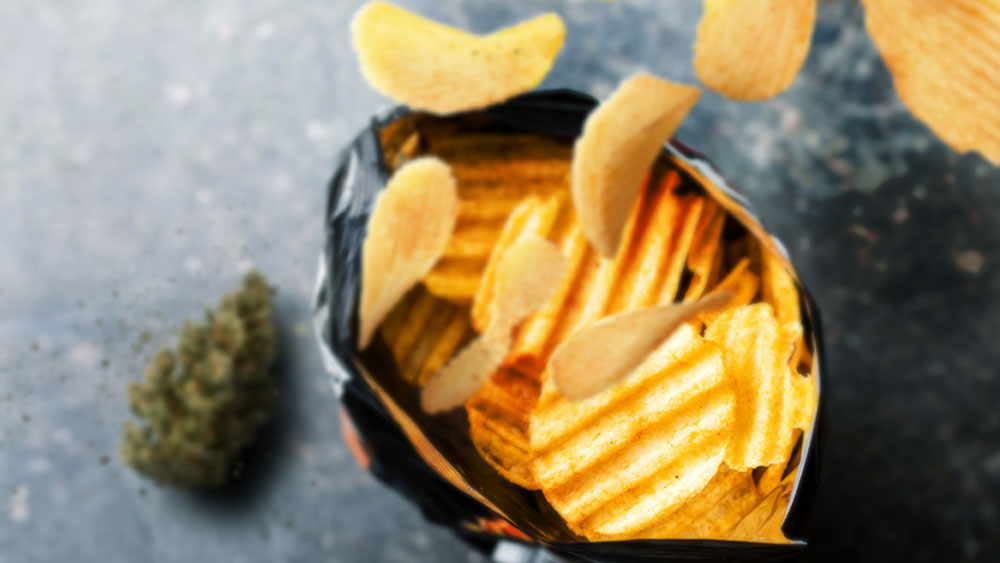 While it is a common stoner stereotype to get the “munchies” after smoking up, it appears there is now hard data to back up the age-old concept.

Data from Nielson shows that snack sales are higher in states that have legalized recreational cannabis compared to states where cannabis is illegal.

Recreational cannabis is currently legal in 11 states in the U.S. and Washington, D.C., with Illinois being the most recent state to join the crew.

According to Nielson, the increased legalization of cannabis “presents big opportunity for the American food and beverage market — particularly for the snack and confectionery category,” AKA munchies food.

Already, salty snacks are a $29.9 billion industry from sales between April 2018 and April 2019, according to Nielson.

Sweet snacks are not quite as big money as their salty brethren, amounting to $6.5 billion in sales over the last year, according to Nielson’s data.

Cannabis could grow those numbers even more.

Nielson reports that growth over the last four years for snacks in states where recreational cannabis is legal is 7.2 percent, compared to six percent growth for states where cannabis is currently illegal.

For confectionery sales, they also grew at a higher rate where cannabis is legal — two percent compared to 1.3 percent where it is not.

Nielson asserts that this difference in growth is in fact due to the “munchies effect.”

“Marijuana consumption has been clinically and anecdotally shown to increase a consumers’ appetite and enjoyment of food,” the company wrote in an article. “Nielsen data shows that growth rates for both candy and snacks are rising faster in these areas than in geographies where cannabis has yet to be legalized for recreational use.”

Nielson isn’t the only organization reporting better snack sales where cannabis is legal.

Sales data from the U.S. Census divisions supports the munchies effect, according to Nielson, and an earlier study in February from the University of Connecticut also found the same.

The University of Connecticut even took it a step further and broke down sales in different snack categories.

They found chips had the biggest increase in sales since legalization at 5.3 percent, compared to cookies at a 4.1 percent increase and ice cream at 3.1 percent.

To Nielson, the munchies effect could allow manufacturers and retailers to “cross-sell.”

Although Nielson doesn’t go into detail about this, one can only imagine a future proliferation of cannabis lounges that offer a bevy of appealing salty and sweet snacks.