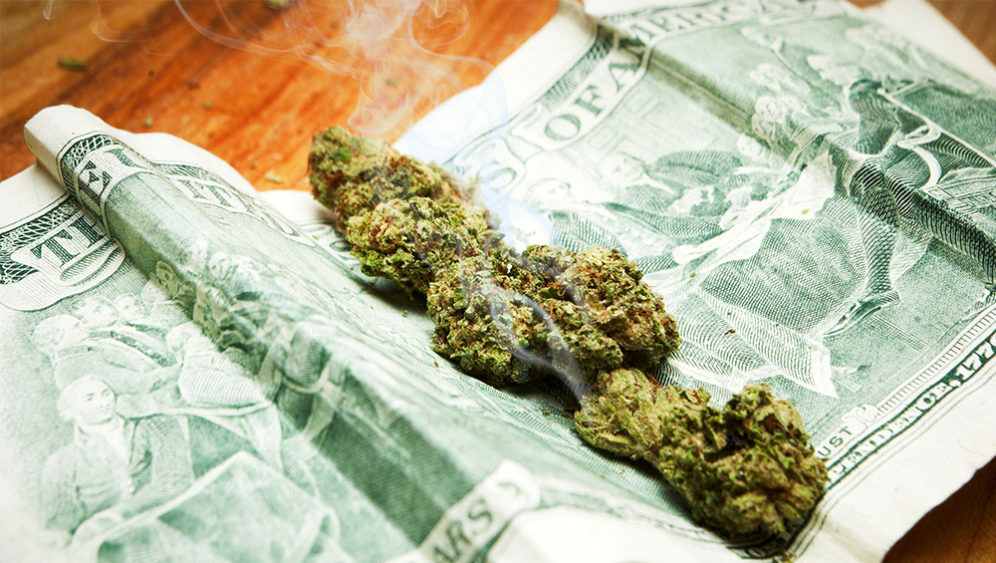 The cannabis industry annual report: 2017 Legal marijuana outlook has been released a few days ago. This report is an executive summary of the US cannabis market. It was conducted by New Frontier data and sponsored by Electrum Partners.

Before getting deeper into the report, we would like to note that all the projections are based solely on the state markets that passed medical and adult use legalization initiatives as of January 2017, and do not include assumptions for any additional states which may pass legalization measures before 2025.

Projections do not include assumptions about potential changes to federal policy before 2025.

If you simply don’t have the time to read the full version of our report analysis, here’s the TLDR:

As you may see from the TLDR, things are looking up for the US cannabis market, so let’s get into the report deeper sooner rather than later.

The first thing that is brought to our attention is the size of the market in 2016 compared to the size in 2025. The latter is projected to be 3-4 times bigger than the 2016 market.

As you may see from the pie chart above, the medical market currently heavily outweighs the recreational market in the US cannabis market and is projected to continue doing so next 8 years, although on a much smaller scale down the road.

However, the rise of recreational sales to adult users is projected to increase as well as the number of medical sales over the next 8 year period.

The legal cannabis market was worth an estimated $6.6 billion in 2016, and annual sales projected to grow at a compound annual growth rate (CAGR) of 16% to reach more than $24 billion by 2025. 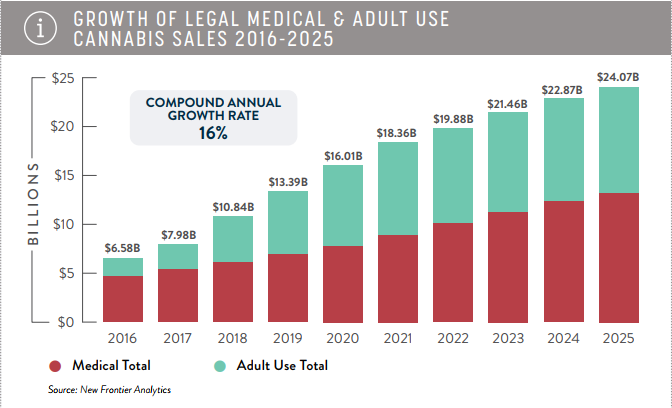 Another thing to keep in mind is the fact that the federal laws are waiting to be changed any year now. One very foreseeable change is the one in its status as a Schedule 1 drug.

The suggested cause of action would be taking it down to Schedule II or III status, or complete de-scheduling, which would bring cannabis regulations closer to alcohol and tobacco regulations.

And that’s not just us saying it – the public seems to be the one pushing for cannabis rescheduling, as you may see from the graph below. 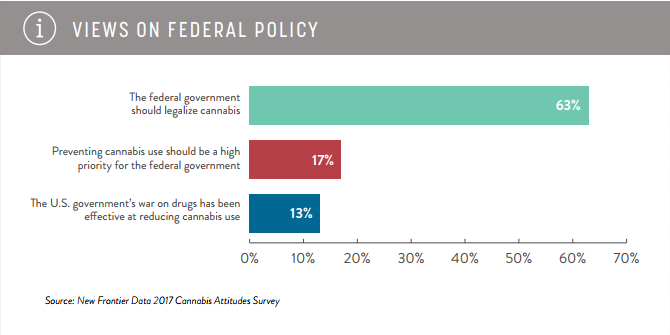 Another great point might be the fact that not even a third of the people surveyed believe the government should keep track of cannabis users. Even better only 12% thought that cannabis users should be treated as criminals. 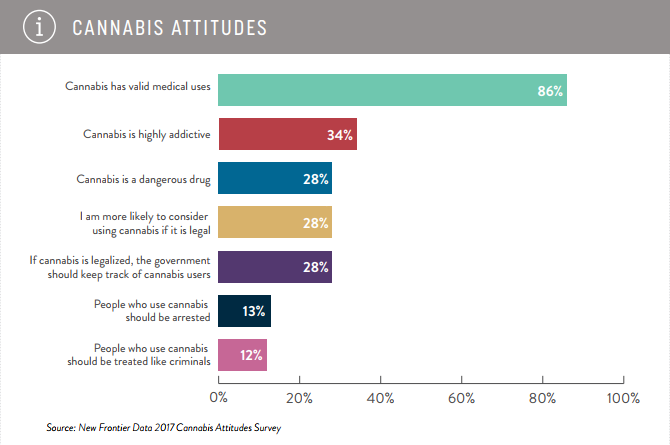 As the stats show us, fewer people believe that pot smokers are criminals and should be handled as such, let alone arrested for their cannabis use.

We believe that the trend of decriminalization will proceed and soon enough there won’t be any arrests made on the count of simple cannabis possessions for personal use.