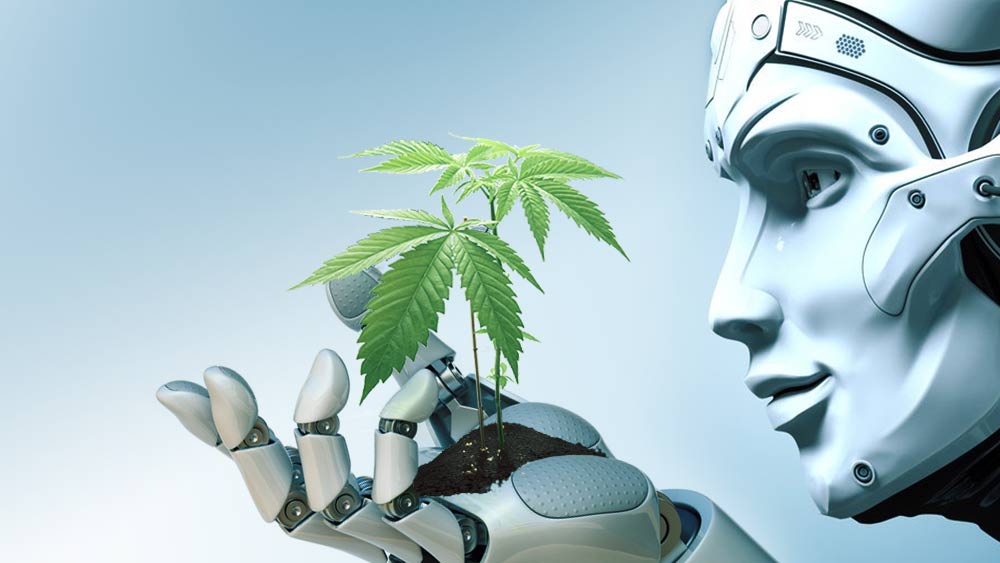 Humans are getting extra help in farming cannabis – his name is William and he’s an AI robot.

The fourth industrial revolution, known as Industry 4.0, has brought about rapid changes in a variety of businesses, revolutionizing everything from how we make cars (think Tesla, which heavily relies on automation at its Fremont factory) and how we drive (self-driving technology) to major advances in e-commerce (Amazon’s algorithms) and agriculture.

Companies that embrace new technologies like artificial intelligence (AI) can expect a surge in efficiency and productivity.

And one young industry increasingly looking to reap these benefits is legal cannabis as new opportunities to boost profitability are springing up every day.

Growing tech for a growing industry

William Bond AI is vying to position itself at the forefront of implementing new tech in the cultivation of marijuana. Founder Nate Morris is a firm believer in the power of AI, which he says will transform the booming pot business.

“Right now, it’s kind of an obscure topic. It’s not going to be obscure for long. [Cannabis] is going to be one of the first industries to be disrupted,” Morris told NJ Cannabis Insider.

His robot, named William, is based on FarmBot, an open-source robot that facilitates farming. Morris programmed the machine to work specifically on cannabis – William can plant, water and monitor the plant’s health using infrared technology.

High tech is already reshaping agriculture and can prove to be a game-changer in the cannabis industry, which is already a multi-billion dollar business only expected to grow further.

Another player in the evolving industry is Potbot. This application, available both in Apple’s App Store and Google’s Play Store, “simplifies the lives of medical marijuana patients who do not know which strain will be best for their condition.”

Potbot uses AI to scan through medical cannabis data in order to provide a personalized recommendation to patients.

New strides in the delivery of marijuana have also been made with California-based company Eaze offering a mobile app for connecting users with dispensaries.

Eaze now provides, aside from on-demand weed delivery to people in California and Oregon, the shipping of CBD products to residents in 45 states and Washington DC.

But no story on marijuana and start-ups pioneering new tech would be complete without Israel. Known as the start-up nation, Israel has been acquainted with medical marijuana since the early 1990s and is home to the world’s largest facility of medical cannabis.

It is also the home country of Seedo, a company that manufactures hermetically sealed grow boxes that employ artificial intelligence and machine learning technology to grow cannabis at home with a handy app.

After pairing the box with your smartphone, Seedo promises to deliver “maximum yields using minimum living space & energy” as it creates the optimal environment and conditions for the home-growing of plants.

And as an increasing number of states in the US move to legalize pot, and with full legalization in Canada, the cannabis industry can expect to see more and more sophisticated technology being utilized in the fast-growing business.