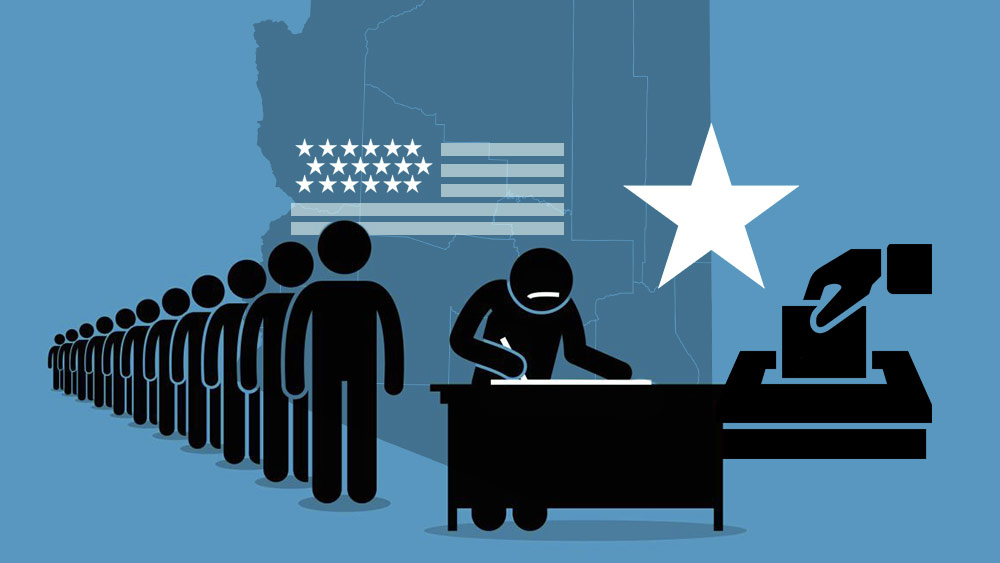 Marijuana activists in Arizona managed to collect 420,000 signatures in an attempt to get legalization on the November ballot despite the coronavirus lockdown.

Although the measure needed only 237,645 valid signatures, activists behind the Smart and Safe Arizona initiative filed 420,000 signatures with the Arizona Secretary of State this week in what appears to be a nod to the cannabis culture term 4/20.

If successful, Arizona would become the 12th U.S. state to legalize recreational marijuana. Under the proposal, Arizonans aged 21 and over would be able to legally purchase up to an ounce of weed, while cannabis sales would be taxed at 16%.

Revenue generated from these taxes would go towards police training, community colleges, and the funding of substance abuse treatment and mental health programs, according to the group’s website.

Aside from the new jobs and revenue that legalization would provide, particularly important for the state’s post-coronavirus economy, the proposal also includes social equity provisions and lays out a scheme for the expungement of records for people with marijuana possession convictions.

“The most important component in this measure is the one least talked about. It gives people who were convicted of a minor offense a chance to get back on a leveled playing field through expungement. Arizona is the only state where simple marijuana possession remains a felony,” the campaign’s spokesperson Stacy Pearson told the Phoenix New Times.

The group began collecting signatures in September of 2019, but had to adapt to the challenges posed by the coronavirus pandemic these past several months. In May, the Arizona Supreme Court denied a request to gather signatures online for the initiative, forcing the campaign to think of new ways to meet its July 2 deadline.

Organizers decided to collect signatures in grocery stores and other places that people still visited during the COVID-19 lockdown, while also dropping by people’s houses in protective equipment in order to minimize the risk of spreading the virus.

Arizona has been experiencing a surge in coronavirus cases in recent weeks, along with Texas, California and Florida.

Cannabis legalization measures in New Jersey, South Dakota, and Mississippi have already made the 2020 ballot. Last month, marijuana legalization activists in Montana were also successful in turning in the necessary signatures to let voters decide whether to allow recreational marijuana in November.