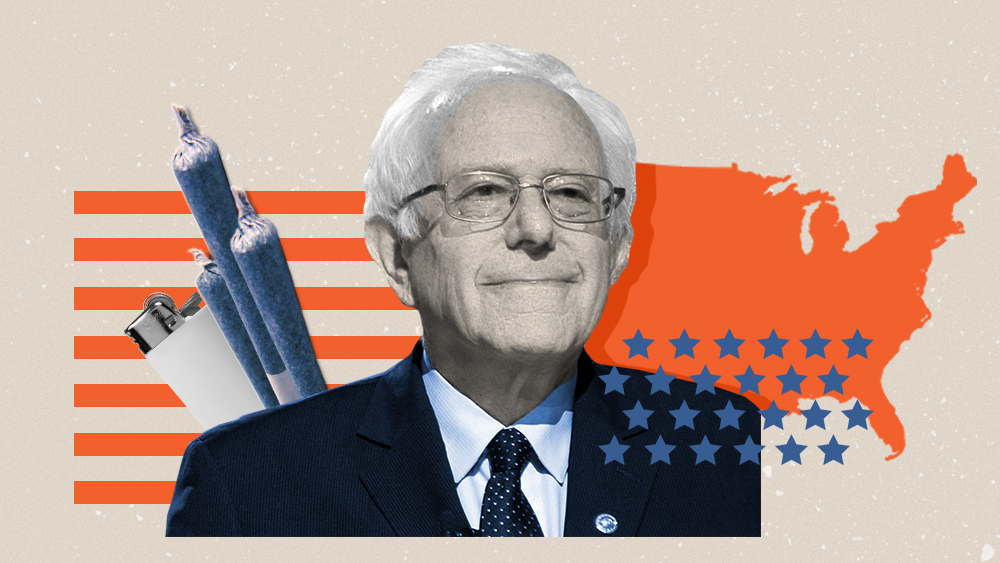 With election campaigns in the United States in full swing, voters interested in the legalization of cannabis at the federal level are closely watching presidential hopefuls.

Among the most noteworthy when it comes to this particular issue, Senator Cory Booker supports full legalization nationwide, having previously introduced the Marijuana Justice Act as he mounted his 2020 campaign.

Now Vermont Senator Bernie Sanders, who’s running for president again after losing to Hillary Clinton in the 2016 primaries, has proposed an executive order to end the partisan gridlock in Congress and finally legalize marijuana.

Speaking last week to Joe Rogan on the Joe Rogan Experience podcast, Sanders reiterated his wish to take legalization to the next level.

“What I call for now is the legalization of marijuana in America. I believe we can do that through executive order, and I will do that,” he told Rogan.

Sanders emphasized that it is “insane” weed is categorized as a Schedule I substance alongside heroin. “Heroin is a killer drug. You can argue the pluses and minuses of marijuana, but marijuana ain’t heroin. So we have to end that, and that’s what I will do,” Sanders pointed out.

Cannabis has been classified as a Schedule 1 substance since 1970 when Congress passed the Controlled Substances Act signed into law by President Richard Nixon.

Whether or not he would be successful in doing so is open for debate, however, the final decision on a move like this would be laid upon his attorney general.

Currently, every major candidate in the race for the White House, except former Vice President Joe Biden, supports legalization. The Vermont senator noted this shift in politics and the everyday lives of Americans during the interview.

“What seemed kind of radical, the need to legalize and decriminalize marijuana… is spreading all over the country,” Sanders told Rogan. “Here in California, you see signs from corporations: ‘Buy our marijuana.’ Four years ago, people were getting arrested for doing that, right? Their lives being destroyed,” Sanders, who first pushed for legalization 20 years ago, concluded.

Meanwhile, incumbent President Donald Trump’s stance on marijuana is that states should have the right to decide their own recreational and medical pot policies. Republican Senator Cory Gardner confirmed this in April when he said Trump had told him he would sign a bill to let states themselves decide whether to legalize marijuana.