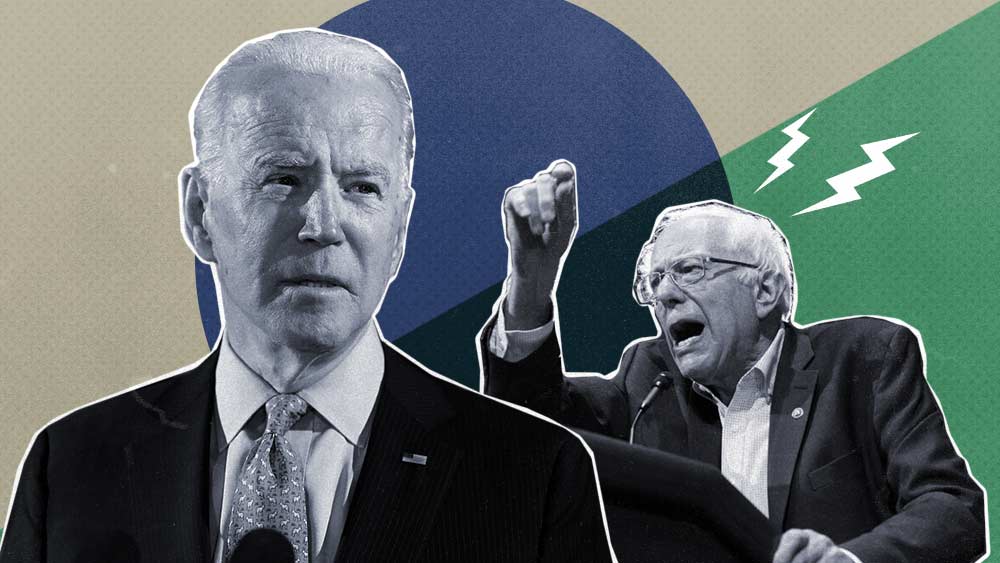 The criminal justice joint task force formed by former Vice President Joe Biden and Senator Bernie Sanders recommended the nationwide decriminalization of marijuana and the legalization of medical cannabis at the federal level.

However, more progressive policy proposals such as the legalization of recreational weed were rejected ahead of the Democratic Party’s convention next month.

The so-called Unity task forces were devised as a means of uniting the Democratic Party after Senator Sanders dropped out of the 2020 race, leaving Biden as the party’s presumptive nominee. The Biden campaign had hoped to secure support from the more progressive wing of the party that would have voted for Sanders in its effort to defeat Donald Trump in November’s election.

“Decriminalize marijuana use and legalize marijuana for medical purposes at the federal level. Allow states to make their own decisions about legalizing recreational use. Automatically expunge all past marijuana convictions for use and possession,” the document revealed.

Moreover, the task force recommended removing cannabis use from the list of deportable offenses, as well as “encouraging states to invest tax revenue from legal marijuana industries to repair damage to Black and brown communities hit hardest by incarceration.”

Speaking to Marijuana Moment, criminal justice task force member Chiraag Bains said that although the group hasn’t managed to reach a consensus on legalization, other “important” policy proposals were adopted.

He placed a particular emphasis on supporting communities of color disproportionately affected by the War on Drugs through marijuana taxes, which should resonate with voters in the aftermath of recent tensions surrounding the death of George Floyd.

For his part, Senator Sanders said that even though the final document isn’t what he or his supporters “would have written alone,” he feels confident the task forces succeeded in creating a policy blueprint that will “move this country in a much-needed progressive direction.”

According to a recent CNBC/Change Research poll, the former vice president is leading President Trump in all six battleground states ahead of November’s election. The survey placed Biden ahead in the crucial states of Arizona, Florida, Michigan, North Carolina, Pennsylvania, and Wisconsin as a majority of respondents said they don’t approve of Trump’s handling of the coronavirus pandemic.

Hi Cikes! Thanks for sharing the latest update. To be honest, the legalization of weed is actually controversial. Making it legal would have its own consequences. A complex subject indeed.