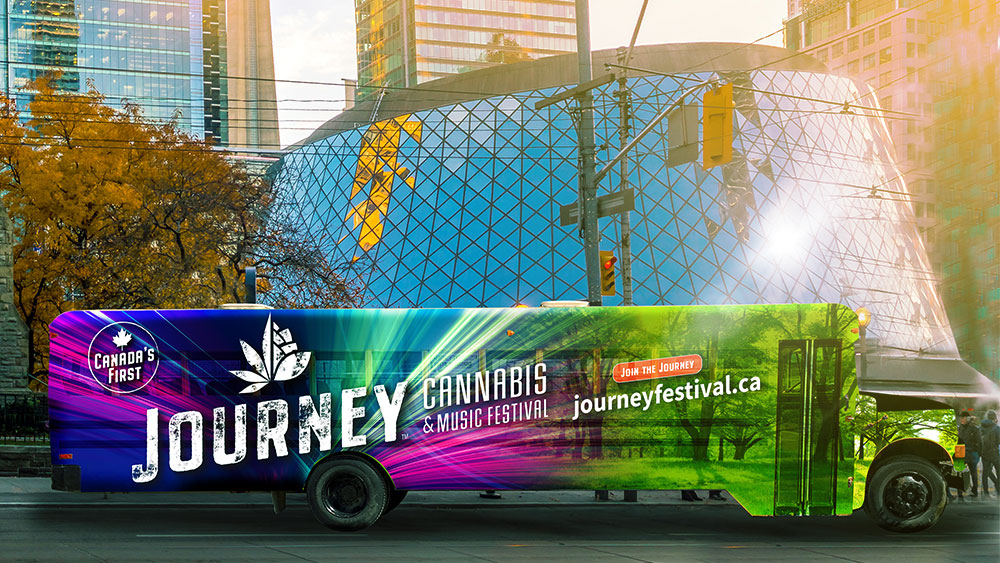 Journey Festival is one of several music festivals opening up to cannabis use on event grounds.

Tens of thousands of people are predicted to attend Canada’s recently announced first massive cannabis music festival. Coming this summer to the 990-acre Boyd Conservation Park, just north of Toronto, the Journey Festival is planning to “disrupt the stigma of cannabis in Canada in a fun, safe, and collective way,” the event’s chief experience officer told Globe newswire.

The music festival will be 19+ and set up a “cannabis village” with interactive and informational kiosks. Cannabis will not be sold at the event.

Journey will be sending out their “Cannabus” throughout the spring and summer to promote the festival.

Journey Festival is joining a number of pre-existing music festivals across North America that have begun officially warming up to marijuana use. 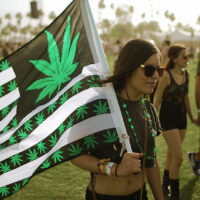 Ever After Music Festival in Kitchener, Ontario recently announced they’ll begin permitting festival goers to bring in their own cannabis starting this year.

Organizer Gabriel Mattachione told the CBC that festival goers can bring in 10 grams of only pre-rolled cannabis per day. Each joint can be up to about half a gram. Overnight campers will be able to bring 29 grams of pot in, which won’t need to be pre-rolled.

Ever After attendees will have to light up in a 900-person capacity designated smoking section.

Classic rock festival Cannafest in Grand Forks, B.C. has built a fenced-off area where attendees are permitted to smoke up the drug of their choice.

In California, where recreational marijuana is legal, the Northern Nights Music Festival has become one of the first multi-day music festivals to allow both recreational cannabis sales and consumption, housed in their 21+ age-restricted “Tree Lounge” area.

Not all festivals have been so quick to relax their stance on marijuana use. Coachella Valley Music Festival’s official website reads: “Sorry Bro. Cannabis or cannabis products aren’t allowed inside the Coachella Valley Music and Arts Festival—even in 2018 and beyond.” They’ve opted instead to provide “amnesty boxes” for attendees to store any marijuana they may have accidentally brought with them.

Will you be having vendors there besides weed? I have a beautiful line of jewellery made in Canada. It's quite beautiful and very different. I also have some men's jewellery with leather, steel, and some sterling silver. I do a lot of big festivals such as Boots and Hearts, Cranberry Festivals and many more.