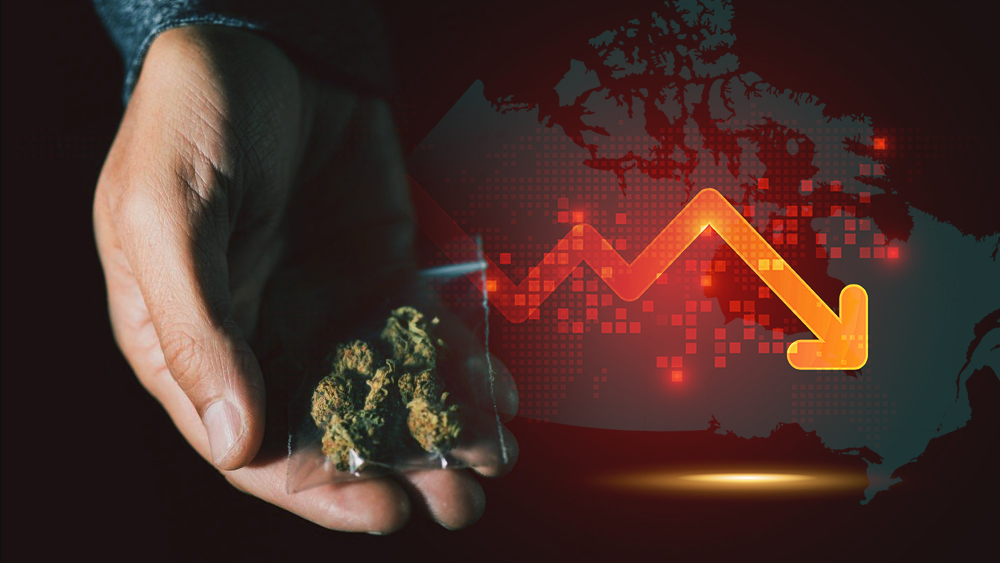 The figures from StatsCan second-quarter financial report show the output from Canada’s cannabis black market has decreased 21 percent from October 2018, when cannabis was legalized, to June.

Canada’s cannabis industry as a whole, including licensed and unlicensed sectors, reached $8 billion in June, up from a little over $7 billion at the time of legalization.

The news comes after Statistics Canada also revealed in August that 42 percent out of 4.9 million Canadians surveyed still purchase cannabis from the black market.

While footwork still has to be done, the latest figures show the legal market is making progress.

This could be due to improvements in the legal market that are making it more competitive with the black market.

Retail networks are expanding across the country, which experts say cannabis consumers prefer to online shopping.

According to Allan Rewak, VP of communications at Emerald Health Therapeutics, provinces with a more built-out retail network had 80-95 percent of its sales occur in physical stores.

“I think a lot of that speaks to the consumer experience the people want and expect,” he said. “[It is] the convenience of being able to go in, make your purchase and leave, as opposed to waiting between two business days and two weeks [with online purchases].”

Forty-two new legal retail stores are set to open in Ontario in the fall after the province recently announced the winners of its lottery for retail spots.

Other easy methods of distribution could soon be a reality too for the legal market, such as same-day delivery. At least one same-day delivery service is already operating in Saskatchewan and Manitoba, where it is legal.

The legal market still has challenges to compete with the black market, though.

According to a July report from Statistics Canada, the price gap between legal and illegal cannabis has grown after illegal cannabis’ price fell from $6.23 a gram to $5.93 a gram in the three months up to the end of June.

The price gap between legal and illegal cannabis is now $4.72 on average, up from a gap of $3.62 a gram three months earlier.

Supply is also still a concern for the legal market, which may be due to companies’ operations that is having trouble converting “unfinished” product to “finished” product. Government data shows there was four times more unfinished than finished product in March alone.

But with a new wave of products, including concentrates and edibles, becoming legal in Canada by December, the legal market will have more ammunition yet to tackle the black market.

Thanks. -Kate Ohio State , US