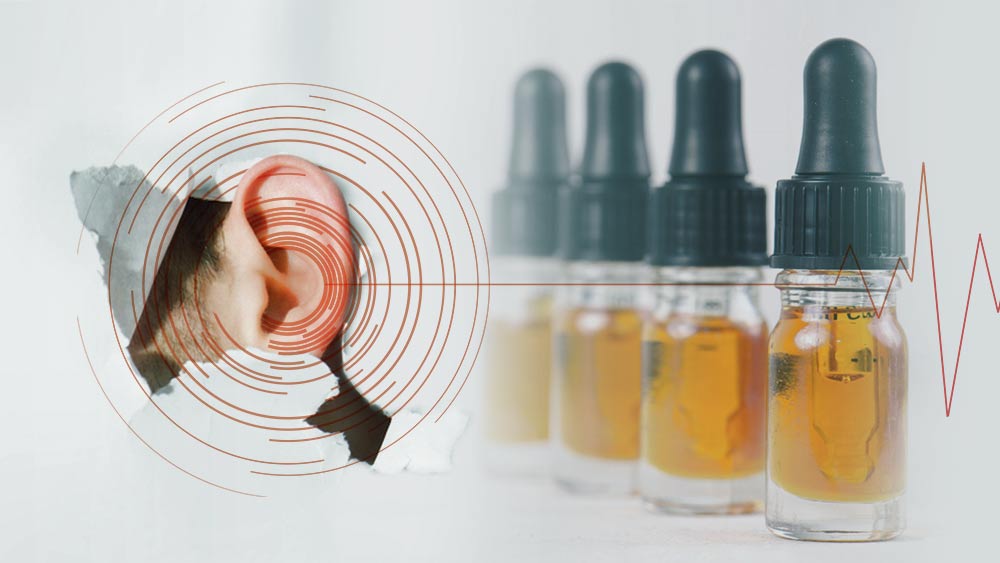 We discussed several conditions where CBD is showing amazing results, but when it comes to CBD for tinnitus, available research is somewhat puzzling.

Tinnitus is a symptom of a potentially more serious problem, and it manifests as noise or ringing in one’s ears. According to Mayo Clinic, it affects 15-20 of the population.

It’s important to mention that as of yet no human studies have been performed on CBD for tinnitus, mainly because of the atypical and complex legal status of both hemp and cannabis.

Despite that, the scientific community is showing great interest in the relationship between this ear condition and CBD, and more conclusive results are hopefully on the way.

Let’s check out what is known so far.

Research on CBD for Tinnitus

A 2015 animal study found that cannabinoids like CBD and THC can potentially aggravate tinnitus, although numerous anecdotal reports suggest the opposite.

The research team implied that the aggravation occurs due to the activation of CB1 cell receptors of the endocannabinoid system.

This activation specifically applies to the dorsal cochlear nucleus (DCN), increasing neuronal hyperactivity, which is closely tied with tinnitus.

The research concluded that the aggravation of tinnitus was especially evident in rats with existing hearing damage.

A 2016 review stated that the main hypothesis for tinnitus is that it’s a type of sensory epilepsy, resulting from neuronal hyperactivity in the auditory areas of the brain.

CBD is a proven and potent anti-epileptic and is FDA-approved for treating Dravet syndrome and Lennox–Gastaut syndrome, which are hard-to-treat types of epilepsy.

The review concluded that much more research is required to determine the precise effects of cannabinoids on the auditory regions of the brain and tinnitus in humans.

A 2019 scientific review also noted that CBD (and other cannabinoids) shows therapeutic potential for the treatment of tinnitus.

The review evaluated the only animal study (covered above) on CBD and tinnitus as inconclusive and reiterated that more research is needed to further our understanding of this debilitating condition.

Another 2019 review noted that despite the efficacy of CBD for specific types of epilepsy, the efficacy of cannabinoid-based medications for tinnitus is not yet determined and requires more inquiry.

Finally, a 2020 survey analyzed the data collected from 2705 adult participants and found that frequent cannabis use was associated with prevalent tinnitus.

It’s important to note that this analysis wasn’t looking at CBD alone, but cannabis which is generally dominated by THC.

How to Use CBD Oil for Tinnitus

Even though research is still inconclusive, you can still try using CBD as a treatment for tinnitus, especially if your condition is particularly debilitating.

CBD is known to be well tolerated by most people, but a percentage of users tend to experience some side effects.

These can include issues with appetite, nausea, fatigue, irritability and diarrhea.

CBD is usually consumed in oil form, also known as CBD tinctures, but CBD capsules are also a popular and effective option.

A dose of CBD oil is placed under the tongue where it should be left for about one minute, while CBD capsules are ingested in a regular way, by swallowing.

The onset of effects is much faster with CBD oil because CBD capsules have to pass through the digestive tract in order to start working.

For most conditions, it’s advised to start with medium doses, ranging from 15 mg to 20 mg of CBD.

Some people require more, while others will achieve the desired effect with smaller doses.

Also, for some users a CBD “build-up” is required.

In a nutshell, the endocannabinoid system is a collection of different cells scattered all across the body, including the brain and vital organs.

The current understanding is that some people have to expose their dysfunctional endocannabinoid system to cannabinoids like CBD, which gradually vitalizes the system. This process usually lasts for several weeks for most users.

If you start using CBD and nothing is happening (no noticeable effects or side effects), chances are you have a malfunctioning endocannabinoid system.

If this is the case, continue consuming medium daily doses to gradually “restart” your endocannabinoid system.

How Much CBD Oil is Safe to Take for Tinnitus

CBD is considered very safe. Studies suggest that extremely large doses of CBD are tolerated well in humans, up to 1,500 mg per day.

Of course, consuming such colossal quantities would be very expensive, but it’s important to know that large doses of CBD are not dangerous.

It’s also vital to mention that CBD interacts with medications that have a grapefruit warning.

If a user consumes two different substances that are metabolized by the same enzyme, this could lead to elevated levels of any of those substances in the body, which is potentially dangerous.

So, if you’re using any prescription or over the counter drugs, look for the grapefruit warning on the packaging, or read the insert slip for any mention of the CYP3A4 enzyme.

Total Bullshit in all ways.