CBD offers benefits for many different conditions through a wide variety of chemical mechanisms, but for people suffering from gout, only two of them are important.

The first one is inflammation, and the second is pain.

Crystallization of excess uric acid causes inflammation of the joints and tendons of gout sufferers, which consequently results in the sensation of pain.

To begin, let’s focus on the evidence showing the merits of CBD for inflammation.

It’s important to note that the almost-worldwide illegality of the cannabis plant continues to prevent scientists from performing research with isolated CBD on human participants for most medical conditions.

There are some exceptions like epilepsy, but the majority of CBD studies are still performed on animals, which will hopefully change in the years to come.

This 2016 study indicated that a topically-applied CBD reduced both inflammation and pain in rats with arthritis, without any noticeable side effects.

Gout is a form of inflammatory arthritis, making this research very relevant.

A 2012 study found that CBD decreases inflammation in mice with acute lung injury.

An excerpt from this research reads: “Cannabidiol (CBD), a non-psychotropic cannabinoid component of marijuana (Cannabis sativa), has potent immunosuppressive and anti-inflammatory properties.”

Studies that also show the benefits of CBD for inflammation include research from 2011 (for oxidative stress), another 2011 study (for chronic inflammation of the gut), and a 2011 research for neuroinflammation resulting from Alzheimer’s disease.

Finally, a 2007 research concluded that CBD is orally effective (meaning liquid or pill form) for both chronic inflammation and neuropathic pain. 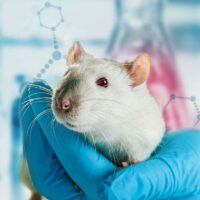 This collection of scientific works entails that CBD is effective for various forms of inflammation in the body, and not just for arthritis-based conditions.

While several previously-mentioned inflammation studies show that CBD has a direct effect on pain, there are also newer studies that corroborate these positive conclusions.

For instance, a 2018 research agrees that CBD has pain-relieving properties, stating that:

“CBD also regulates the perception of pain by affecting the activity of a significant number of other targets, including non-cannabinoid GPCRs (e.g., 5-HT1A), ion channels (TRPV1, TRPA1 and TPRM8, GlyR), PPARs, while also inhibiting uptake of AEA and weakly inhibiting its hydrolysis by the enzyme fatty acid amide hydrolase (FAAH).”

Another scientific work from 2018 stated that cannabis in general (including CBD alone) can be considered beneficial for pain.

A 2018 article from Harvard University also noted that CBD possesses analgesic properties, but that more human studies are needed for CBD to be fully accepted as a verified painkiller by the scientific community.

What’s great about CBD oil for gout is that its effects can be considered complementary.

As CBD directly lowers inflammation, it diminishes the overall sensation of pain.

CBD also directly affects the perception of pain through other mechanisms in the body, which means it has a dual-action for this particular condition.

How to Take CBD Oil for Gout

Since the science of CBD is still in its starting phases, this means that there is a lot that we don’t know yet.

This is especially true for dosing, and also for why CBD works great for some people, while others don’t seem to experience the same relief.

The current hypothesis is that the effectiveness of CBD is intricately connected with the functioning of our endocannabinoid system.

The endocannabinoid system (ECS) is a vast collection of cells and cell receptors located throughout the body, through which CBD produces the majority of its beneficial effects.

These variables make CBD treatment a personal quest that requires experimentation, but there are some general guidelines to follow.

For serious issues such as inflammation and pain, a daily regimen of 40mg of CBD oil works great for most people. Some people will require less, while others will need to take more to achieve the desired effect.

It’s essential to keep a journal in order to track the overall effectiveness of CBD on you.

People who have a dysfunctional endocannabinoid system usually have to consume CBD for a period of time before any noticeable beneficial effects start happening.

The proper way of using CBD is to place the oil under the tongue, and leave it there for about one minute.

The veins beneath the tongue will quickly absorb the oil, and transport the CBD directly into the bloodstream.

Unlike CBD oil, CBD capsules have to pass the digestive tract, and because of that, the immediate effects take longer to happen (usually around an hour and a half).

Potential Side Effects of CBD and Interaction with Other Medications

While most people don’t experience any adverse effects when taking CBD, some users tend to have issues with fatigue, nausea, or diarrhea.

The reasons behind this is most likely connected with overall health, personal chemistry, and the functioning of the endocannabinoid system.

Currently the only way of determining how CBD will affect you is to try using it, and since the potential side effects are very mild, there’s no actual risk involved.

On the other hand, CBD interferes with the functioning of an enzyme (called CYP3A4) which is a part of a group of enzymes in our body, called cytochrome P450 (CY450).

The CYP3A4 enzyme is in charge of metabolizing CBD in our bodies, but besides CBD, this enzyme is also responsible for metabolizing around 60% of prescribed medications.

While the CYP3A4 enzyme metabolizes CBD, CBD slows down (inhibits) the functioning of this enzyme.

This means that if you’re using other medications that are also metabolized by the CYP3A4 enzyme, CBD will diminish how well your body will metabolize that medication.

The easiest way to determine if CBD will interfere with the medication you’re taking is by looking for the grapefruit warning on the packaging because grapefruit also slows down (inhibits) the functioning of the CYP3A4 enzyme.

Also, some medications inhibit the functioning of the CYP3A4 enzyme (just like CBD), which will diminish the effectiveness of the CBD you’re taking.

Drug interactions are complex but extremely important, so if you’re using other drugs and plan to consume CBD, please take it seriously and perform thorough research.

If you’re considering trying CBD oil for gout, it seems pretty logical to give it a shot.

CBD is a safe plant-based compound without any serious adverse effects or health hazards, unlike so many modern synthetic pharmaceuticals for pain and inflammation.