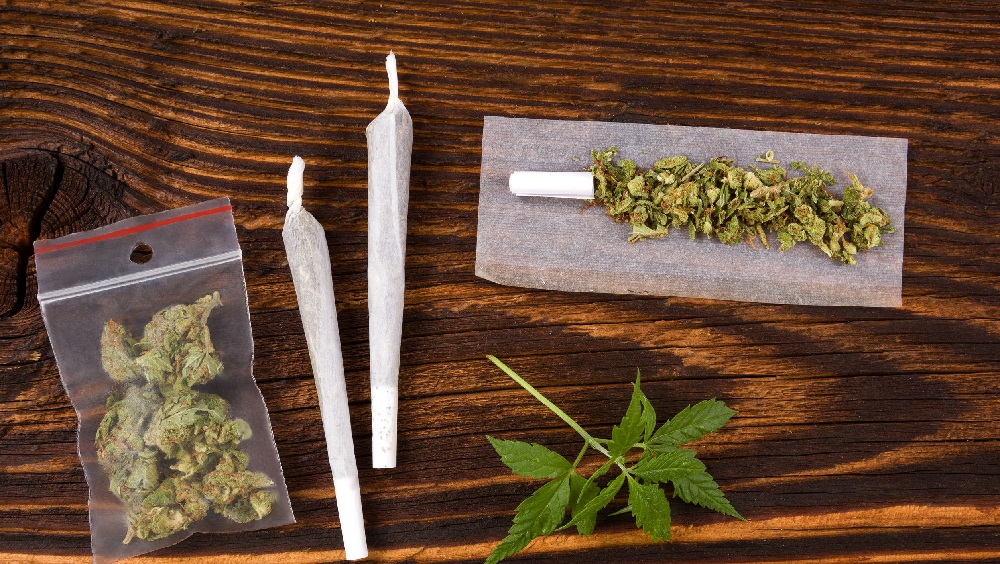 Gorilla Glue (Original Glue) is a bud I’ve wanted to review ever since I first tried it, a few years ago. In this post, I’ll tell you exactly why GG#4 won several awards across the United States.

This award-winning nug belongs to all of the above.

The fact that Canadians love this indica-dominant hybrid so much speaks volumes. After all, the whole world knows that Canadians have high standards for weed.

Gorilla Glue isn’t just a single strain, as you may have guessed—it’s actually a name for a cannabis company that breeds a variety of cannabis plants.

They named their first strain Gorilla Glue #4 to represent the brand.

Later, the company had a legal dispute with the producer of the “Gorilla Glue” glue, whose rights they infringed when they named their superstar plant.

After a few months of meetups, the two parties came to an agreement and the cannabis company had to rename their well-known flowers.

Gorilla Glue is an indica heavy hybrid, GG5 being the most indica dominant with about 79% indica.

First of all, it’s quite a sticky flower. It’s packed with trichomes and the nugs tend to be dark green with orange hairs, without too many variations.

The bud is usually very thick and definitely not fluffy.

When grown outside, GG tends to have a lot of resin which act as a natural water repellent. Hence, the crystals always appear bright while flowering and the plant looks very much like a sour strip.

This bud has an earthy and pungent smell, due to its high myrcene contents.

GG4 and GG1 have the same origin since they both share the same parents: Sour Dubb, Chem Sis and Chocolate Diesel. Therefore, these two also smell like pine.

GG5, on the other hand, often has a strong diesely smell to it, similar to Sour Diesel but slightly less sour.

Just like the smell, the flavor of this nug is a direct link to its quality heritage—it has a strong earthy and piney taste on the inhale, and leaves a diesely aftertaste.

The terpene contents are generally higher than average, so you’ll get its real taste immediately, especially if you use it with a vaporizer.

Effects and the type of high

I’ve used this flower many times, but here is how I felt after smoking it for the first time:

Several minutes after I took the first puff, the high started creeping in. I was smoking it in a joint and luckily for me, I was in my apartment.

After a strong bout of laughter left me feeling happy and hazy, the couch-lock hit me like a tow truck and I spent the next several hours in a nice and comfy chair.

Gorilla Glue is great for those looking for moderate pain relief. It will definitely leave you in blissful tranquility as it starts wearing down.

Medical users say that it’s perfect for just about anything—but mainly pain, stress and insomnia. In my experience, it also helps with post-workout cramps.

The munchies you get with it are insane as well, so make sure to plan ahead and have some food ready. 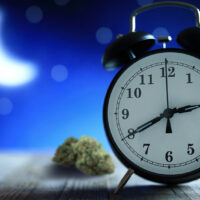 Gorilla Glue #4 is relatively potent and produces a heavy yield (up to 600 g), provided you get quality seeds.

It flowers for about 8-9 weeks, and it’s known to be fast growing, especially in the vegetative stage.

It has fairly bushy leaves and thick nugs, so some sort of assistance is needed in order to help it battle mold.

Experienced growers say that it can be grown both indoor and outdoors, preferably in a hydroponic system with the screen of green growing technique.

When planning your grow, consider purchasing seeds from reputable suppliers only.

Even though the company that breeds this plant is based in Las Vegas, the GG#4 is still popular across the entire North America and Europe.

It has won several Cannabis Cup awards and other notable competitions, all of which made it extremely popular around the world.

In Europe, for example, you will find that many coffee shops in Amsterdam have this beauty on their menu. In the US, it’s available in dispensaries in states that legalized cannabis.

Where to find GG#4 in Canada

After it became popular in California and Washington, Canada picked up on it and GG is now one of the most popular strains in Canada.

It’s currently only available in dispensaries but unfortunately none of the licensed producers sell it under that name. Whistler Medical Marijuana grows a strain called “Medical Glue” which may indicate that it’s of Gorilla Glue heritage.

Hey Alex ever want to learn about our actual Cultivars give us a call! [email protected] love to clean this article up a bit! ~ Cat GG Strains LLC