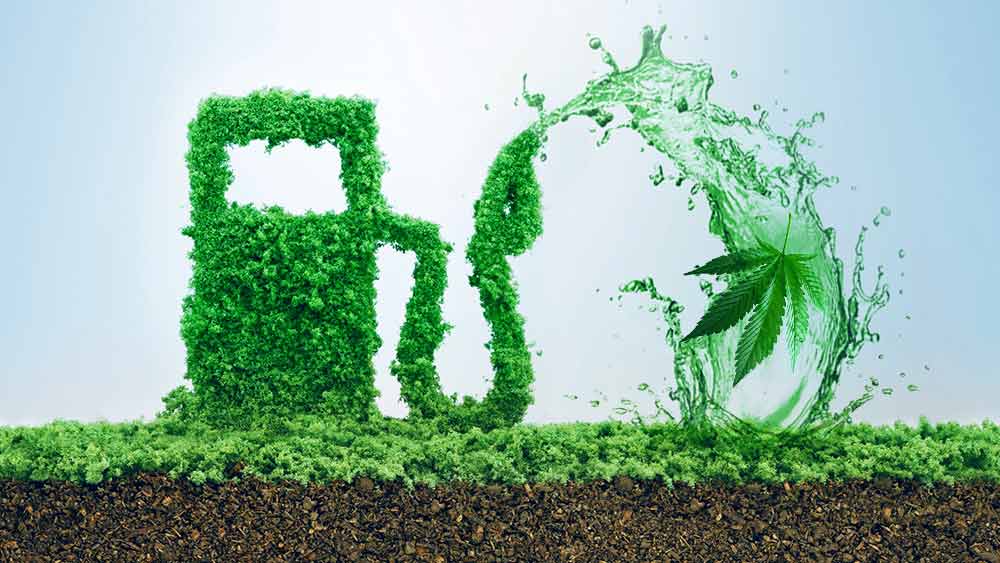 “The use of vegetable oils may seem insignificant today. But such oils may become in course of time as important as petroleum and the coal tar products of the present time.” (Rudolf Diesel, 1912, Historical Archive MAN Augsburg)

When Rudolf Diesel invented an engine that would soon revolutionize the transport system, he intended to run it on a variety of fuels, including coal dust and vegetable oil, notes a BBC documentary.

In the 1900 World Fair, he presented an early device that ran on peanut oil, which won a Grand Prix because, among other things, it “allowed the farmers to grow their own fuel.”

But dreams of a more ecological fuel alternative were scattered in 1913, when the inventor mysteriously drowned under strange circumstances. His engine was subsequently adapted to use petrodiesel as its only source of fuel.

Now that same diesel fuel, associated with health risks and scandals, might be why Diesel is “turning in his grave,” the documentary concludes.

And then, about a century later, in 2010, Richard Parnas, professor of chemical engineering at the University of Connecticut, led a study which concluded that hemp produces “viable biodiesel”. He gathered a team of colleagues to launch a “pilot biodiesel production facility” to investigate the commercialization possibilities of their scientific findings.

It’s 2020 now, and we had to contact prof. Richard Parnas for a follow-up on that project.

The downsides of fossil fuels are presumably well known: they are the world’s largest polluters, impose a range of health risks, and perhaps more importantly, they are not a renewable source.

In other words, even if we don’t find any other reason to replace them, the sole fact that we’re running out of crude oil resources is enough to initiate a search for viable substitutes.

Curiously enough, fuel can be made from many feedstocks: corn, sugarcane, soybeans, canola, brown grease, etc.

According to the National Hemp Association, there are a number of reasons.

For one thing, hemp as feedstock can be used to make bioethanol/methanol, which can be a petrol substitute, and biodiesel, which is suitable for diesel engines. While hemp ethanol is made from fermented stalks, biodiesel is produced using the plant’s oil.

Also, there are a lot of technical advantages of using hemp as an alternative, notes the National Hemp Association: it can run in any unmodified diesel engine, it is safe to handle and store, and is “the only alternative fuel in the US to complete EPA Tier I Health Effects Testing under section 211(b) of the Clean Air Act, which provides the thorough inventory of environmental and human health effects attributes that current technology will allow.”

On top of that, the text concludes that, “the Congressional Budget Office, Department of Defense, US Department of Agriculture, and others have determined that biodiesel is the low-cost alternative fuel option for fleets to meet requirements of the Energy Policy Act.” 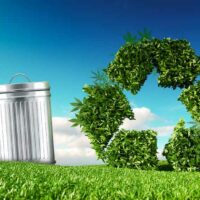 So, why exactly are we not using hemp biodiesel already?

According to some criticism, the answer might lie in economic and agricultural considerations.

Hemp biodiesel cannot replace fossil fuels because that would require huge amounts of growing land, high costs (that will result in the higher price of the end product), and would possibly reduce our food supply.

Also, there are potential environmental costs: the threat of “secondary deforestation” (to obtain a growing land) and a carbon cost of transporting and processing hemp.

To wrap it up, it all boils down to the conclusion that the switch to hemp biofuel might not be as smooth and straightforward as we might think.

To hear a scientific take on the matter, we spoke to Professor Richard Parnas from the University of Connecticut, who led the 2010 study on the feasibility of converting Cannabis sativa L. oil into biodiesel.

Our main finding was that hemp can be used to make high-quality biodiesel, prof. Parnas said, adding that their “hemp biodiesel had especially good cold weather properties.”

Parnas also emphasized that he doesn’t feel qualified enough to make a good comparison of hemp to other feedstocks since agricultural factors would play a dominant role.

“However, based on a commonly held understanding of hemp, we realize that the yield of biodiesel per acre of hemp grown will be substantially lower than for many other feedstocks,” he said.

“On the positive side, hemp is not a food crop, and does not necessarily need high-quality farmland. Thus, hemp is generally thought to be a low environmental impact crop, compared to typical seed oil crops like soybeans or canola,” Parnas concluded.

UConn holds a patent on a biodiesel reactor system that could be customized to make biodiesel from a range of sustainable inputs, including hemp.

“Our reactor is a steady-state continuous flow reactor, which is advantageous for long term operational efficiency, as has been demonstrated over the last 100 years on the chemical and fuels processing industries,” he explained.

“Also, it simultaneously separates most of the byproduct glycerol from the biodiesel stream because of the inherent design, which reduces the need for special separation systems downstream of the reactor,” Parnas was precise.

In short, their reactor could significantly simplify the process of making biodiesel.

Over the past several years, prof. Parnas has helped start a company called REA Resource Recovery Systems LLC  that is commercializing the biodiesel reactor technology through an exclusive license from UConn for the patent.

“We conducted a pilot-scale demonstration in 2018-2019 at the New Haven Wastewater Treatment plant where we demonstrated the feasibility of converting brown grease to high-quality biodiesel,” he said.

In 2010, prof. Parnas and his team were preparing to build a pilot biodiesel production facility, which would demonstrate the commercial profitability of operating their technology.

However, they ended up doing the pilot project with a brown grease feedstock rather than a hemp feedstock.

“I can say that we did speak with a number of people in the hemp industry about doing this project and were not able to gain traction. The major reason for that is, several years ago, when we were trying to initiate the pilot project, it seemed that all the hemp growers were focused on CBD, and the cultivars for CBD produce little or no seed oil suitable for biodiesel,” he remembers.

But it seems that things are changing.

“Now, I receive many inquiries about making biodiesel from hemp seed oil since the CBD industry is oversaturated,” says Parnas. 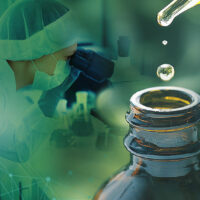 “Most biodiesel production companies are interested in larger facilities, and we can go larger also, but at this stage of the hemp industry development, it appears that the intermediate scales I noted above may be more appropriate,” he concluded.

Prof. Parnas explicitly declined to compare the two markets, as they are ultimately different.

“The hemp oil industry we are most familiar with is the CBD industry, and the CBD industry is in terrible shape due to the overproduction of a niche market product. A company in the CBD market recently told me they have over two years supply of CBD oil on hand and nowhere to market it,” Parnas illustrated.

“That said, I would not want to see hemp cultivation for biodiesel distort the food markets the way corn for ethanol did. I do not think that would happen, but I am not an agricultural or food expert, so I am not qualified to make any prognostications on that issue,” he concluded.

Asked to comment on the “mythbusters'” criticism about the energy potential and environmental sustainability of growing hemp as a feedstock for biodiesel, Pernas explained that the arguments are valid, with “a caveat that hemp offers the agricultural sector flexibility to improve both their environmental and financial performance.”

It is correct that hemp grown on fertile land would have a higher yield than hemp grown on marginal land, and therefore, growers would almost certainly choose to use the highest quality land possible, Parnas explained.

“However, there are many strategies for growing hemp that could be very sustainable, including using the hemp as a rotational crop, using hemp to promote financial stability for struggling growers when typical food crops are at low points in their price fluctuation cycles, and other strategies that agronomists would know more about than I do,” he added.

While it seems that science has proven its point and showed how hemp could be a viable replacement for fossil fuels, a notion of “economy” and “agro-economy” intersected our thoughts more than once.

It seems that the issue of hemp fuel is tight up with financial streams more than we thought.

Then again, so it was thought in Rudolf Diesel’s time.

Until we speak with our next expert on the issue of hemp biofuel, it might be appropriate to quote Diesel once more:

“In 1900 a small Diesel engine was exhibited by the Otto company which, on the suggestion of the French Government, was run on arachide [peanut] oil, and operated so well that very few people were aware of the fact. The motor was built for ordinary oils, and without any modification was run on vegetable oil. I have recently repeated these experiments on a large scale with full success and entire confirmation of the results formerly obtained.” (Diesel Engines for Land and Marine Work) 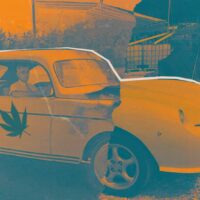 Hello Ana Vasic,My name is Jim Hurt. I live in Vermont. I am looking for parties that are actively engaged in producing Hemp fuels; ethanol, methanol and/or biodiesel. The work of Prof. Parnas is indeed excellent and I will look up the company he started that makes a reactor for biodiesel. However, who is making the stuff and selling it for diesel trucks? Some years ago there were fuel stations out West that sold biodiesel for heavy trucks at a low price compared to regular diesel but they seem to have faded out. Are there any others operating now that it's legal?I have been researching CO2 Reuse Chemistry for the processing of emissions from Hemp biofuels to actuate Negative Carbon Emissions. From a Climate perspective, CO2 Reuse increases the value of biofuels, especially from Hemp. I would like to forward some editorials and papers on these related matters that I wrote for local papers. My email is hurtjim@gmail.com . Do you have a general office email so we can compare notes?Thank you, Jim Hurt

I just checked into the price of Hemp Seed oil. At the current price of $1600 and up for 50 gallons its not very cost effective at the current time. The other thing I noticed while searching was Hemp Oil was all marketed as a Health product, for nutrition. I was not able to find much on the industrial use. I was curious if Hemp Oil could run a diesel engine, if it has similar Dielectric properties too Mineral oil and if it could be used in power Transformers ?

Not that I have much to offer to this conversation but working in the wastewater field for 25+ years I would think the recycled water from wastewater facilities could be used to grow the hemp used for biodiesel. So much of this water is wasted based on the "ick" factor and this could be a place for its use.