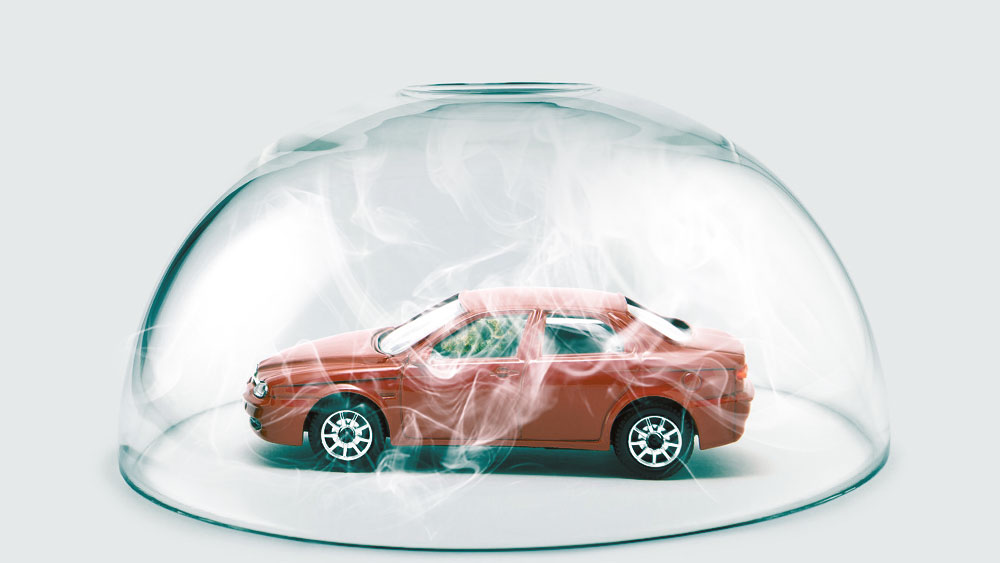 Hotboxing fuses 3 of many people’s favorite activities – smoking weed, spending time with friends and driving around. Back when I was in college, it was one of the activities to have on your daily schedule.

However, as fun as it can be, smoking weed and driving is one of the riskier things you can do. Not only can you get hurt, it’s also a great way to get detained, fined or arrested, depending on where you live. I remember that’s how I got my first fine.

But, if you’re OK with doing something a little bit dangerous, illegal and you’re open to paying fines, by all means, hotbox all you want.

Legends say that this way you get way higher, but this may not necessarily be true. In fact, it can’t be true, right?

Well, there might be a little bit of truth to it, after all.

According to a 2015 study by the John Hopkins University, researchers found that even people who weren’t directly smoking the weed had traces of marijuana in their blood and urine, as well as symptoms of being high.

“We found positive drug effects in the first few hours, a mild sense of intoxication and mild impairment on measures of cognitive performance,” says senior author Ryan Vandrey, Ph.D, associate professor of psychiatry and behavioral sciences at Johns Hopkins. “These were relatively slight effects, but even so, some participants did not pass the equivalent of a workplace drug test.”

Lead author of the study, Evan S. Herrmann, says that the behavioral and cognitive effects were minor and consistent with a mild cannabis effect, indicating that non-users can definitely catch a contact high if being in a hotbox.

While there’s no proof that hotboxing gets you higher than other ways of smoking weed, it’s good to know that even non-users can get high this way.

This was the most comprehensive second-hand cannabis smoke study that has been done since the ‘80s. Researchers say that they need to update the findings of that old study with new tests, as marijuana potency has tripled since then.

What is a Jamaican hotbox?

A Jamaican hotbox is a relatively newfound technique of getting high. It’s pretty much the same as regular hotboxing except for two factors: you’re not in a car, and the temperature is up.

So, in order to create a Jamaican hotbox, you need to be inside a bathroom. The shower and the faucet on the sink need to be turned on and hot all the way. This will serve to create a steamy atmosphere in the bathroom.

Make sure you cover all the places where steam could leak out of your bathroom. For example, place a towel underneath your door to cover the door crack and make sure your bathroom fan is off.

Once there’s enough steam, you can start smoking weed. You’ll notice a clear distinction in smoke and steam, which is interesting, and you’ll be quite sweaty.

When you should hotbox

There are many situations when you can and, by all means, should hotbox – if you’ve gone out with your friends, or if you planned activities in nature and you find yourself in a tent, for example.

Basically, any time you get the chance to hotbox, you should definitely do it.

You and your friends are out barbequing? Sure, you could smoke out.

Five of you can stuff the car with so much smoke there’s a chance Snoop Dogg shows up at the party?

When you should not hotbox

Now that we mentioned some situations when you can and should hotbox, let’s talk about the ones when you shouldn’t do it.

Hotboxing can get you very, very high, maybe even higher than usual (according to legend and unconfirmed research).

So, as we mentioned at the beginning of the article, you shouldn’t hotbox (or even smoke weed, for that matter) whenever you know you’ll be operating heavy or light machinery. That includes driving your car.

Sounds strange, right? Hotbox in your car, and then what? You can’t drive it home.

Well, while driving high isn’t legal, you can still hotbox in your car, but just don’t drive away right after. Make sure you always take a break of at least an hour or so before driving again, and make sure you’ve aired out your car.

Cops will detain you if they sense the familiar smell of weed, even if you smoked days earlier. Simply don’t put yourself in such unpleasant situations, and hotbox away!

How to French Inhale: History, Pop Culture, and Step-by-Step Tutorial