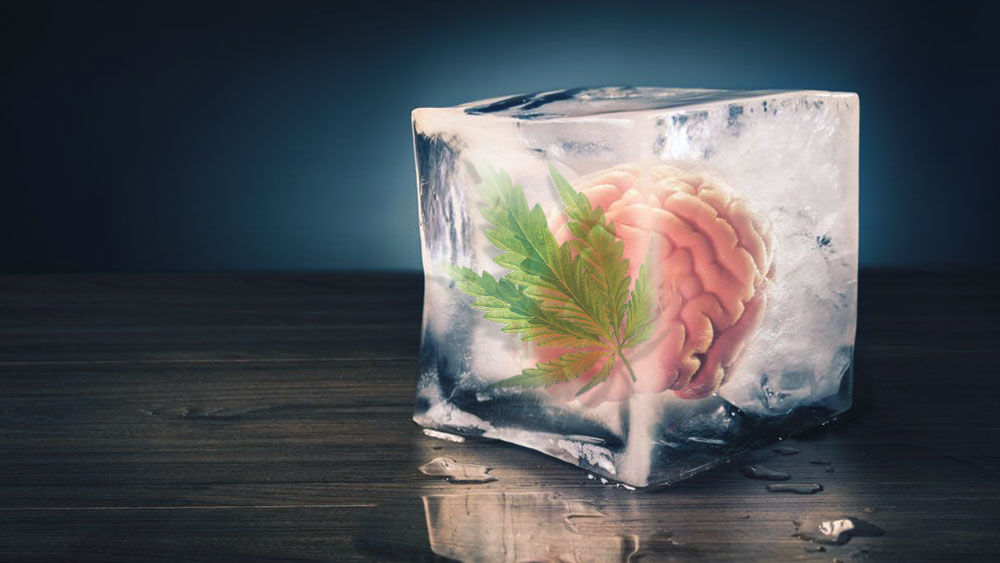 Do you tend to forget what happened when high? If the answer is yes, then that makes two of us.

As reported by Health Canada, short-term memory loss—including “impaired ability to remember, concentrate, pay attention and react quickly”—have been shown to be some of the effects of cannabis use.

Although cannabis is proven to influence and increase creativity, when it comes to making and retaining new memories, things may not be so peachy.

According to the Atkinson–Shiffrin model, there are three types of memory:

Sensory memory is the shortest type of remembrance.

It lasts for about 3 seconds, briefly holding the information obtained from the senses.

These are the memories relating to one hearing or seeing–for instance, when looking at an object briefly, and then trying to recall what it looked like.

Short-term memory lasts anywhere from 18 to 30 seconds and its function is to process sensory memory and retain information on everything a person is paying attention to at the moment.

The best example of short-term memory is when memorizing a person can retain hold about seven digits before forgetting them again (Fun fact: that’s why phone numbers are seven digits long).

Long-term memory is more permanent and it stores memories of past events and things a person has learned.

Everything that a person remembers after a couple of minutes is a part of the long-term memory.

It’s also important to understand that short-term memory can be transferred to long-term memory, either through repetition or emotions.

Consuming cannabis once affects only the short-term memory, while frequent prolonged use with high doses affects both the short and the long-term memory. (1)

But there is one key factor that determines to what degree cannabis impacts a person’s memory: Potency of the strain we’re using (mainly the THC levels in it).

Strains with higher CBD levels reduce certain side-effects of THC (memory loss is one of them), and protect memory in general.

THC is the compound primarily known for the psychoactive alteration of a person’s state of mind, and it can also impair memory and information processing.

Current evidence shows us that lifetime exposure to cannabis is associated with impaired verbal memory but does not affect other cognitive abilities.

Cannabis users don’t have complete blackouts where they can’t remember absolutely anything, but rather have slight difficulties forming, recalling, and retaining certain parts of their memory.

The effects of cannabis on short-term memory

Cannabinoid compounds interact with the hippocampus, which is a part of the brain responsible for storing and processing all memories. (2)

Upon consuming cannabis (through smoking, vaping, capsules, oils or edibles), THC enters the bloodstream and activates the CB1 receptors of the endocannabinoid system, which are located in the hippocampal part of the brain as well.

This is why it’s hard to hold onto new memories when high on THC.

This lasts for about two hours after consuming pot, and there aren’t any long term consequences, as one research from 2002 confirmed. (3)

According to a 2012 article titled “The endocannabinoid system and the brain.” when high on THC, humans demonstrate impairment in short-term memory and have difficulties consolidating it into long-term storage, however there is no impairment in retrieving this information once it has been coded into long-term storage. Interestingly, the same paper noted that CBD can prevent memory-impairing effects of THC. (4)

Some findings suggest that frequent users become more or less tolerant to memory loss caused by cannabis. In other words, they have fewer issues with making new and recalling old memories while continuously enjoying weed. (5)

It’s not all black and white though, as cannabis could have a more long-lasting effect on our memory, and here is why.

The effects of cannabis on long-term memory

When it comes to consuming large quantities of cannabis on a regular basis, available data offers some conflicting conclusions.

Substantial cannabis use over extended periods is suspected of causing harm to a person’s long-term memory, especially the verbal and working memory.

The research focused on testing the verbal memory of 3,400 participants. 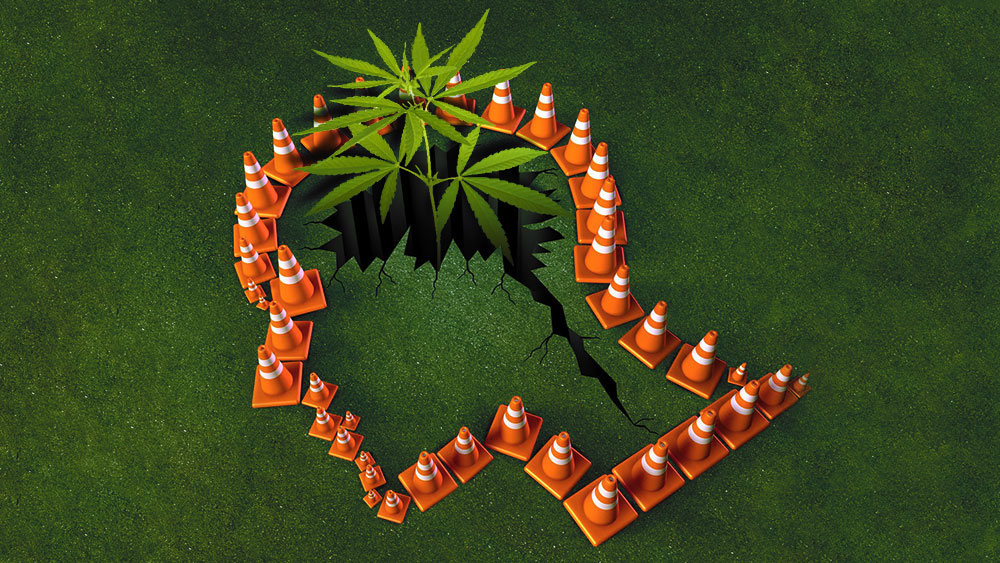 Those who smoked cannabis every day could recall, on average, 8.5 words, while those that smoked less than that scored 9 out of 15 words.

This is a really miniscule difference, and cannot be considered as a dangerous threat to long term memory.

However, the research on this correlation is very important as it helps one understand what actually happens to the long term memory with prolonged cannabis use.

Let’s check out two more studies on this topic.

In a review from 2008, it was emphasized that even after putting a stop to cannabis use, a person’s memory can still remain impaired. (7)

Another study compared the memory capacity of heavy cannabis users on a three-month abstinence, with those who were still using the plant. The results showed that once users stopped consuming cannabis, their remembering ability improved. (8)

According to this study, those who quit using cannabis showed absolutely no impairment after their break. These findings contradict themselves, but this is probably because there’s a genetics factor in play.

Genetics play a great role in our ability to recall and make new memories in general, and also while being high with THC for extended periods of time.

Some people’s memory will recover more rapidly than others, but still, this area of cannabis science just isn’t researched enough yet.

The network of cellular receptors that reacts to chemical compounds from cannabis and subsequently activates various cellular functions within our body is called the endocannabinoid system.

It is engaged in regulating many functions of our organism, and letting go of negative and traumatic memories is one of them.

Since people suffering from PTSD are usually triggered by situations that resemble the traumatic experience, by disassociating both the trigger and the memory cannabis helps them gradually overcome their trauma.

There are many other healing compounds in it, so believe it or not, pot can even protect our memory. Actually, one of its compounds can.

CBD (cannabidiol) is the second most abundant cannabinoid unique to cannabis (it doesn’t induce the intense psychoactivity as tetrahydrocannabinol does) and is accountable for diminishing the memory-impairing effects of THC. (9)

Research from 2004 concluded that CBD has a neuroprotective effect on humans, and that this cannabis compound reduces neurotoxicity (a process that is responsible for the faster death of the cells of the brain and nervous system). (10)

This discovery is extremely important when it comes to potentially using CBD oils and capsules to prevent diseases such as Alzheimer’s, Parkinson’s and dementia.

How to prevent cannabis-induced memory loss?

Here are some tips to help tackle memory loss when a person is high, as well as when not under the influence.

I’ve been doing this as of recently—I have a note document on my phone where I like to write down situations and hilarious jokes me or my friends made up when we were smoking weed, and it does wonders for my memory.

When I read just one sentence, it completely takes me back to that specific time and place, and helps me recall what happened much more vividly. It’s a good exercise for the brain, and the joke is sometimes even funnier when read the next day.

To help the brain retain memories, it’s all about strengthening the neuron links in the brain, and that can be achieved by partaking of food high in choline.

Soybeans, wheat germ, brussels sprouts, peanut butter and pure chocolate should be part of the diet. Omega-3 and Omega-6 fatty acids are also very important when it comes to protecting the brain, and they are not solely found in fish.

Flaxseed, chia seeds, walnuts, spinach and, of course, another cannabis product—hemp powder, are all high in Omega acids. Also, try focusing on food rich in B12 and vitamin E.

Getting plenty of sleep is crucial for the brain to recover and transfer short-term to long-term memories.

When a person is tired and exhausted, it’s much harder to memorize things compared to when the body is well-rested.

Regular exercise is not only good for health, but it also stimulates neurogenesis (a process of new neuron creation), which is considered a vital factor for good mental health.

In fact, one research study found that aerobic exercise (on a regular basis) produces a more developed and larger hippocampus, which is a part of the brain where memories are stored. (11)

New research points out that over-the-counter painkillers, such as ibuprofen, could possibly prevent cannabis-related memory loss. (12)

More research is needed to substantiate this claim.

As mentioned before, THC is responsible for memory impairment; in other words, making one forgetful when high. To avoid such scenario start experimenting with low-THC and high CBD strains, or strains that have an equal concentration of both these cannabinoids.

And while we are at it why don’t we see what we can do about the memory loss and brain damage the cancer drug Letrozole does. Oh wait alcohol, that impales memory overtime too!

It absolutely does, I don't think anyone is arguing that! :)

Great article! However, I read where you recommend soybeans. Please consider doing research on soy. I, for one, am not sold on it. Soy is a hormone disruptor and neurotoxin once metabolized in the body. It decreases motility, virility, and sperm count in livestock when fed as silage. AND IT IS ALREADY RAMPANT IN OUR FOOD SUPPLY. Please, STOP recommending soy.

And, please STOP recommending Ibuprofen or any other poisonous pharmaceutical product

Hi, I am really glad I’ve found this information. A good website with exciting content, that’s what I need. Great article! I’ll be visiting it. Do you do newsletters? Can’t find it. Thanks!

Hey Chuck, you can find the subscription box in the top right corner of this page, or on this one, just scroll down: https://greencamp.com/about-greencamp/

As someone who uses for pain management and is trying to actually learn and remember school, this article is perfect! Thank you so much!