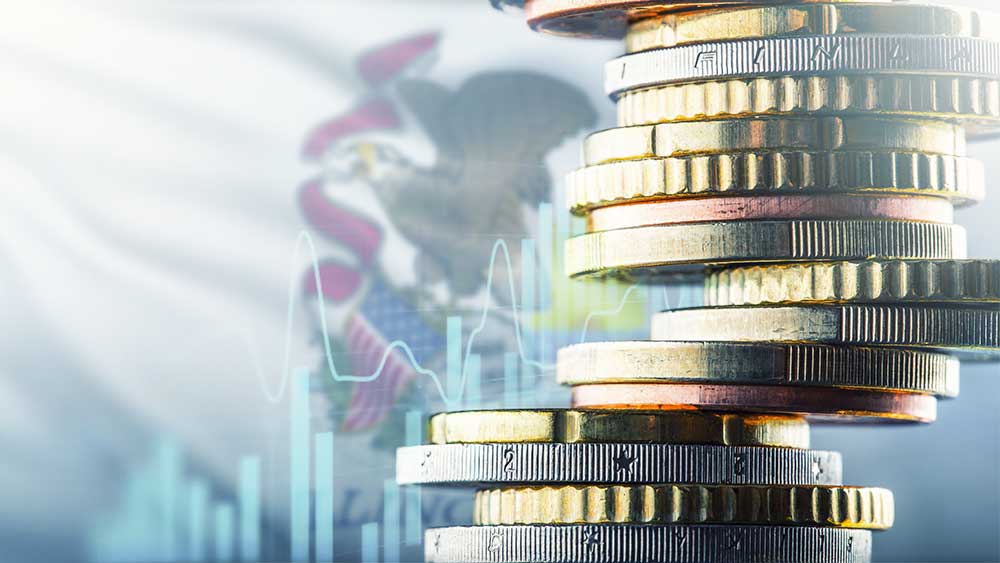 Earlier this year, Illinois became the 11th U.S. state to legalize recreational marijuana for adult use. Now, the state has reported it collected nearly $53 million in tax revenue during the first six months of recreational weed sales.

This is particularly good news amid the coronavirus pandemic which has battered state economies across the country.

Recreational marijuana sales continued to increase in Illinois despite the pandemic, hitting a record $47.6 million in June, according to recent official data. Over the past six months, more than $239 million in cannabis sales was reported.

Of the $52.8 million collected by the Illinois Department of Revenue, $34.7 million came through excise taxes, while the remaining $18 million was from sales taxes – one of the highest among U.S. states that have legalized pot.

Twenty-five percent of the taxes collected from legal weed sales, which are taxed between 10 and 25%, has been set aside for community reinvestment programs, as envisaged by the social equity provision of Illinois’ cannabis legalization bill.

“Since January, over $239 million has been spent on recreational cannabis in Illinois translating to $52 million in tax revenue, and a portion of every dollar spent will be reinvested in communities that have suffered from decades of disinvestment,” Governor Pritzker said in a statement.

Declaring he was on board with legalization “on day one,” Murphy said it makes even more sense to allow recreational marijuana sales now as the coronavirus shutdown has severely damaged New Jersey’s economy.

“It’s a job creator. It’s a tax revenue raiser. It checks a lot of boxes. I hope we’ll get there sooner than later,” Murphy said of the proposal to legalize cannabis.

He also spoke of the “social justice” aspect of legalization, telling the hosts that an “overwhelming” percentage of people in New Jersey’s criminal justice system are persons of color.

New Jersey is among several states set to vote on whether to legalize recreational marijuana this November.