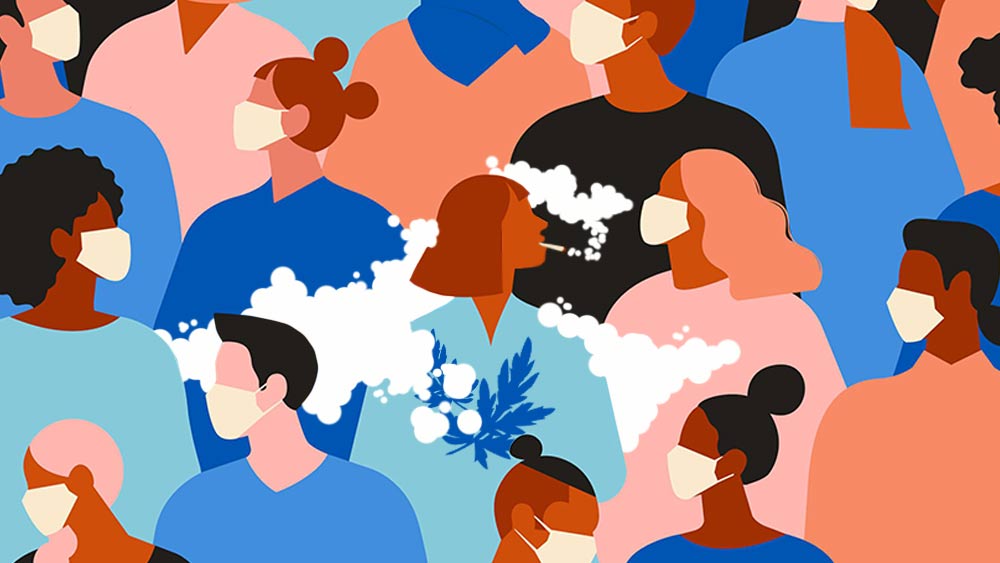 With experts warning of the dangers of smoking amid the coronavirus pandemic, 28% of marijuana smokers in a new survey said they have made the switch to edibles and other alternative methods of consuming cannabis.

The survey released by AmericanMarijuana.org looked at the cannabis habits of 1,017 consumers in the U.S. as the global health crisis unfolds.

While the virus first appeared in December, scientists are still learning about the different facets of Sars-CoV-2, which belongs to the broader group of coronaviruses which include SARS and MERS.

However, smoking appears to be a major risk factor as Chinese health officials reported a higher death rate among men who contracted the coronavirus compared to women. The theory is based on the fact that a majority of older Chinese men are smokers, while only 2% of Chinese women smoke.

This prompted some researchers to speculate whether the same could be said for marijuana smoking, with one epidemiologist advising pot smokers to switch to edibles, especially if they have underlying respiratory problems.

The AmericanMarijuana poll also asked respondents if they feel more susceptible to the coronavirus as weed smokers. Among respondents without lung problems, 65% said they do feel more vulnerable to the virus, while 54% of those that do have an underlying lung disease agreed.

When it comes to other effects of the pandemic among marijuana smokers, a majority interviewed in the survey said they have consumed the same amount of pot as usual despite quarantining at home and the overall higher degree of uncertainty caused by the virus.

On the other hand, nearly 30% revealed they have smoked more pot than usual since the beginning of the outbreak. Finally, over 5% said they quit smoking weed altogether.

According to a previous AmericanMarijuana survey, a majority of people that stocked up on weed during the crisis turned to marijuana in order to relieve stress and anxiety. The new survey showed 65% of respondents stuck with weed as their only means of dealing with stress at the moment.

Meanwhile, 34.51% said they have been taking anxiety relief supplements in addition to cannabis. An overwhelming majority said they still find weed to be more effective than other anxiety treatments.

Turning to the economy, as over 22 million Americans sought unemployment benefits in the past four weeks, AmericanMarijuana asked participants if they are worried they won’t be able to pay for marijuana.

Among the respondents, 63.33% said they aren’t concerned about having money for cannabis, while 36.67% replied they are in fact worried if they will be able to pay for marijuana in the near future.

By the way, I hear from you about this for the first time. Why marijuana should not be smoked now if you are completely healthy and I don’t understand something. Of course, if you smoke in a big company and also with one bong, for example, then there is a huge chance that you will get sick with something. I hope that this situation will somehow positively affect people, their hygiene and they will start to take care of themselves somehow. Wear your bongs or at least replaceable napers, like for a hookah, for example. A lot of ideas, the main embodiment. I think you should say that.