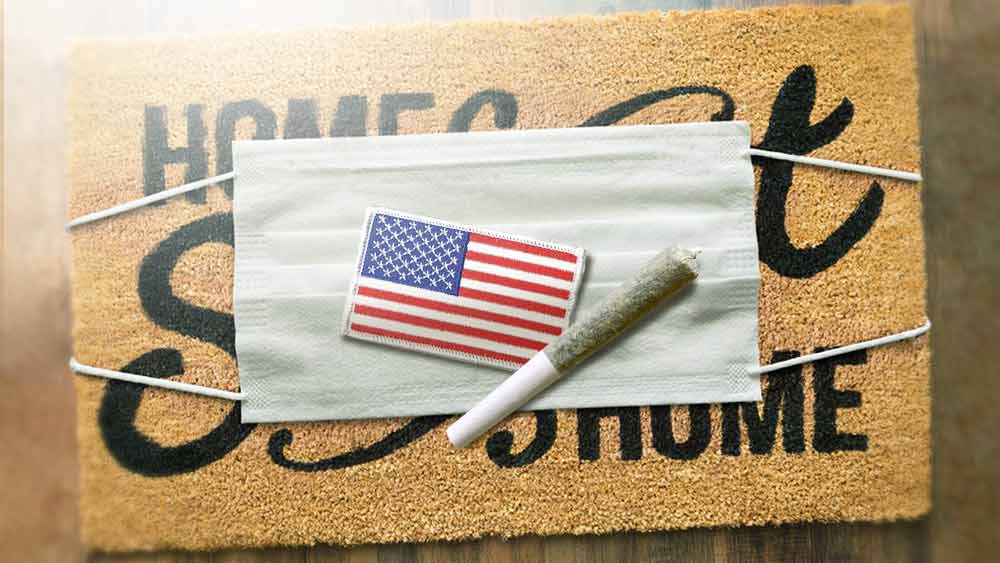 As the global tally of people infected with the coronavirus keeps rising, anxiety about the pandemic has also increased.

In order to ease concerns sparked by COVID-19, some people have turned to weed, a sizable portion of which decided to stock up on product during shelter-in-place orders over the pandemic in the U.S.

According to a new survey, 49% of marijuana users stocked up on cannabis products during the virus outbreak, while 51% decided against buying larger quantities of pot.

The survey conducted by AmericanMarijuana.org revealed that a majority of people that did stock up on marijuana did so in order to relieve stress and anxiety, which may be aggravated by the escalating pandemic.

Aside from the 55% who said they purchased cannabis in bulk to calm themselves, a further 23% stocked up because of fears over COVID-19 as well as a fear of a marijuana shortage.

Meanwhile, 17% of the 990 survey participants singled out smoking marijuana as their preferred pass-time during self-quarantine, in the event the U.S. imposes one.

Although initially dismissive of enforcing a prolonged lockdown in the country, President Donald Trump did extend social distancing guidelines until the end of April as the number of infections in the U.S. approached 200,000 – the most in any country.

Of those surveyed, 28% said that they chose to purchase marijuana instead of face masks, a common sight in most major cities since the pandemic began to explode in early March.

However, a majority of respondents said they would prefer buying food, masks, hand sanitizers and toilet paper rather than weed during the crisis. Interestingly, 5% did acknowledge they would rather buy weed than food.

Marijuana dispensaries were declared essential businesses during partial lockdowns introduced in several U.S. states, a move advocates saw as a much-needed acknowledgment of the importance of cannabis to a lot of people.

Some states have only exempted medical marijuana retailers from closures, including in Massachusetts, where marijuana advocates called on Governor Charlie Baker to grant all dispensaries essential status.