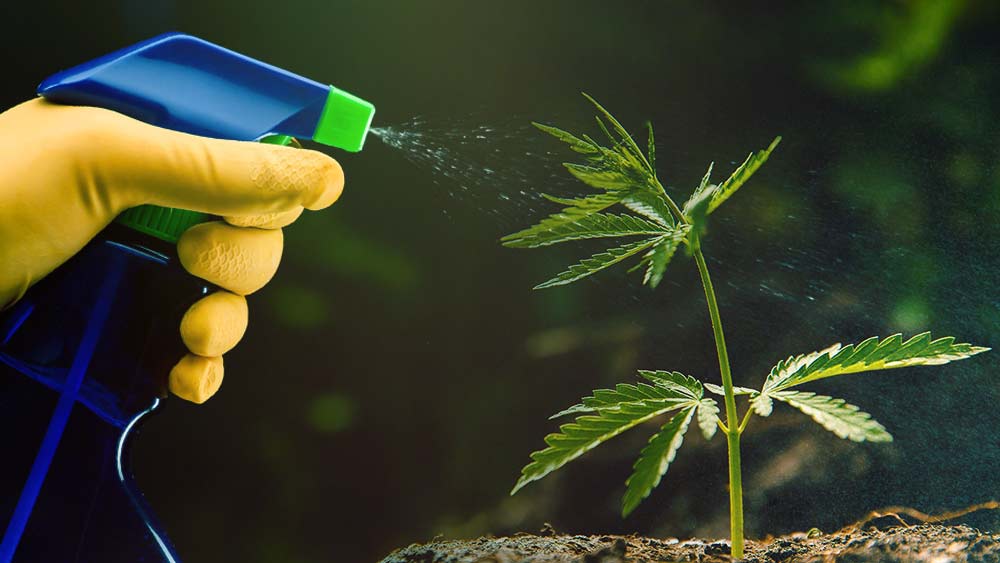 Pesticides have been lending a helping hand to black market cannabis growers for who knows how long.

They are everywhere – in our flakes, a cup of tea, and probably in that healthy veggie salad. But does that mean we want them in mainstream cannabis products?

And, more importantly, is the pesticide situation radically different now, or are we just tangled by lab results that were never done before?

Before we can answer that, we need to consider two curious facts.

Last year, Quartz reported that the US law enforcement discovered some 25, 000 marijuana plants grown illegally in California’s national forests with a “little help” of a pesticide called carbofuran.

If that doesn’t sound distressing at a glance, the gravity of the situation can be put into perspective when you discover that carbofuran is banned in the US and Europe and that a single teaspoon is enough to kill a fully grown bear!

The second fact comes from the legal world of medical cannabis.

The facts speak for themselves: the misuse of pesticides is not restricted to unscrupulous black market growers alone.

Pesticides in Cannabis 101: The Consumer’s Viewpoint

The first argument basically says that we’ve been smoking pesticide-contaminated cannabis for years (from the black market) without any fatal outcomes.

The second viewpoint is on the other fear-mongering end of the spectrum, promoting the notion of how different pesticides could cause various health risks.

Unfortunately, the truth is nearly impossible to grasp because there is not enough scientific data on the matter. The legal cannabis industry is still young, and sometimes science can’t keep up with its rapid growth.

The above mentioned study from 2013 demonstrated that because cannabis is usually inhaled without the use of filters, the percentage of chemical residues that transfer directly into the mainstream smoke (and ultimately the user) is considerably high (60% – 69.5%).

Another 2019 review study concluded that the samples they’ve collected had generally low (less than μg/g) pesticide levels, but that that doesn’t provide any information on chronic low-dose adverse effects.

Things get extremely complicated when we consider the fact that even less is known about what happens when pesticides are heated. At the same time, inhalation is regarded as the most sensitive pathway into the human body and a very potent exposure route.

In other words, the most common way of consuming cannabis leaves us the most vulnerable to the negative effects of contaminants.

Wanting to hear a story on pesticides from an organic farmer, I spoke to Dr. Jade Stefano from The Puffin Farm. They are well-known for quality buds, green growing methods, and environmental stewardship.

Dr. Stefano noted that organic farming is not hard.

“It is, however, usually more expensive than conventional farming. The higher cost is one of the reasons most farmers choose not to grow organically,” she explained.

A lot of “middle” ways, however, can ease up the conversion for farmers looking to transition.

“There are many ways to grow organically, and in the simplest form, conventional methods can be utilized, where the field is tilled, nutrients are pumped in, and pesticides sprayed.”

One of the major obstacles to organic farming are economic considerations.

Dr. Stefano stated that “at this point, most cannabis consumers are price sensitive and not interested in paying more for an organic product. This is also the case with our food industry, so I do not see this changing significantly.”

Furthermore, Dr. Stefano emphasized that third-party testing is the only way to ensure the safety of the end product, but expressed her concern that the mandatory rules set by the regulatory bodies could only add more expenses to organic farmers.

“State-mandated testing of every 5 lb lot is not the best way to go about this. Puffin Farm gets a significantly higher price than most other farms in the state, so we are able to absorb the cost and use the testing as a marketing advantage, so it works for us,” she says.

“Many other farms, however, if forced to test every lot would go out of business with this added expense, and, as a farmer advocate, I cannot with good conscience recommend this approach industry-wide, when there are cheaper and better ways to do this.”

Her suggestion is “farm-level testing, where state regulators such as the WSLCB or WSDA inspect the farm and take samples from soil and plants, combined with random end-product testing [from the shelves].”

She firmly believes that this “is the best way to accomplish the two goals of consumer safety and a sustainable business model for farmers.”

Because cannabis is federally illegal, it is not allowed to have an organic label, as it is a federally regulated term.

“The marketplace has responded to this prohibition by creating certifications that do not use the word organic, but that certify farms to the same standard,” Dr. Stefano explained and noted that “Clean Green Certification is a third-party standard that follows the rules of USDA organic and applies it to cannabis.”

“Regarding pesticide use, we use the minimum needed to maintain a healthy crop. This involves using organic pesticides such as potassium bicarbonate (similar to baking soda) and horticultural soap only during the vegetative stages of growth. We never apply anything to flowering plants. We prefer to utilize beneficial insects and organisms such as fungi and bacteria whenever possible and use these tools as part of our ongoing pest management strategy both preventatively and in the case of an acute infestation,” she explained.

“At our farm, we do not need to use pesticides once the plants go outdoors into the field because the biodiverse ecosystem present on our farm provides natural checks and balances to keep pests under control. Our farm uses cover crops and companion plants, which provide a vast habitat to foster the existence of natural predators for insect pests.”

On the other hand, indoor growing is usually a pesticide intensive process.

“Once a pest gets into an indoor or greenhouse garden, it has no natural predators and the population can explode rapidly,” Dr. Stefano said while adding that “there are some exceptions where indoor farms use beneficial insects instead, but this approach can be a 100 times more expensive than using pesticides.”

One could expect the regulatory bodies to provide a legal framework that would ensure both consumer safety and a stable business environment for organic growers.

However, states are often left on their own when regulating pesticide use on cannabis plants. At best, the EPA offers general recommendations because it is not allowed to regulate a federally illegal crop. 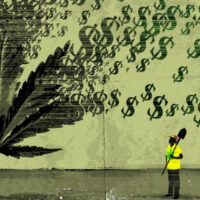 US Department of Agriculture rolls out hemp cultivation guidelines

It also means that there are huge differences between levels of safety across the states.

But, that doesn’t have to spell bad news automatically.

For example, California has the strictest rules and regulations regarding pesticide use on cannabis crop, even more stringent than those set by the EPA.

We conducted an interview with the Assistant Director of the CDPR (California Department of Pesticide Regulation), Charlotte Fadipe, who said that because California has a huge agricultural economy, they work hard to protect consumers, farmworkers, and residents living near farms.

The department offers cannabis growers guidelines for the use of pesticides in cannabis cultivation.

“Since legal marijuana products would be on the market, our toxicologists have worked to establish limits of pesticide residue that would not harm human health. This was a very science-driven process. To protect human health and the environment, our scientists limited which pesticides can be used on cannabis. Only 66 can be,” explained Fadipe.

Instead of a Conclusion: Good News

The industry is moving so fast and there is a ton of (often contradictory) information available.

Despite that, it’s possible to balance the impression left by the bad news at the beginning of this article. There are some good newsbits knocking at our door, as well.

In October 2018, Uncle Ike’s started randomly selecting “products from the shelves of participating retailers and testing them for harmful pesticides and contaminants.”

Their initiative has a motto: clean cannabis for all.

And so did sound Dr. Stefano’s proud announcement of a new certificate for regenerative farming, provided by the generous support of Dr. Bronner’s and Brother David’s, which reaches a horizon beyond organic farming and is a highly conscious environmental stewardship.

A similar hope is present in CDPR, which will make adjustments as its scientists learn more about how people consume cannabis.

They have currently contracted with the Public Health Survey Research Program of Sacramento State University to help them determine the daily amount of cannabis consumed by Californians.

“This data will be useful in helping us refine the [pesticide residue] limits,” stated Fadipe. 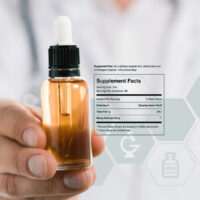 Clean indoor air is critical – especially for those who are susceptible to respiratory ailments, colds, viruses, and bacteria. Compare the various types of air purification systems. https://www.ionicpaint.com/types-of-air-purifiers.html